Veterans fight PTSD by saddling up 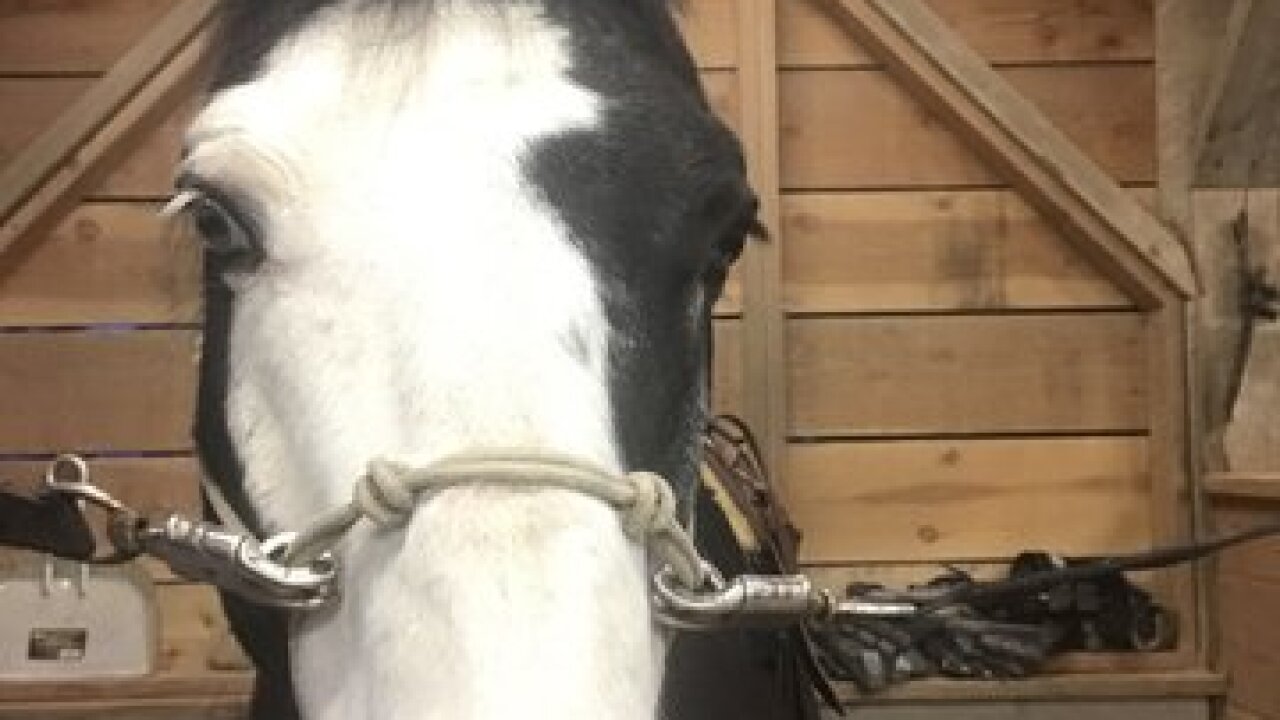 STILLWELL, Kan. - If you're a veteran with post-traumatic stress disorder, one way to help may be saddling up.

Even if you don't have PTSD, the founders of "War Horses for Veterans" say, you may be able to find a new purpose at its farm in Stilwell, Kansas.

"They really are majestic creatures. They are a gift," said Shawn Dunham, head horse wrangler at the ranch.

Shawn Dunham is an Iraq war veteran who was diagnosed with PTSD and traumatic brain injury.

He said he prefers to keep his head clear and treatment all natural.

“I just believe you don’t have to use medicine to fight," said Dunham, who found a purpose working at War Horses for Veterans, caring for the animals and mentoring others.

"We can just get out here and talk," said Dunham.  "I’m blessed enough to have a job I can ride every day and be around horses every day."

The program founded by Patrick Benson and the Brown family is free for veterans locally and all over the country.

Typically they fly in for three days of training and working with the horses.

Over the past four years, organizers have helped 120 veterans.

Benson has follow-up conversations with the vets' wives and husbands back home.

Benson said he was on the ground when the fight in Iraq started.  When he got back, he had a hard time finding the support he was looking for.  That's when War Horses for Veterans was born.

"A lot of vets experience peace, they find peace again," said Benson, who believes horses are the bridge and that veterans can be their own best tool.

Benson is anxious to help veterans like John Parker, who is the new director of development at the Stilwell farm.

The former Navy combat photographer was in his 5th deployment, stationed outside of Baghdad.

"I stepped on an improvised explosive device. Which threw me about 20 feet in the air," said Parker, who was then knocked unconscious.  He said when he woke up, he was caught in the crossfire.

He helped someone next to him who had been shot.

“It’s a one in a million shot. I got lucky they laid it wrong and somebody was looking for me out there," said Parker, who also recalled that was the same night as his 32nd birthday.

Despite living through an explosion, Parker gets around well.  However, he said he uses a step to climb up on a horse.  He said no injured veteran should let that hold them back.

"Guys will always say I don't know if I can get on a horse, can do this or do that. I'll always get the step out," said Parker.

Benson said you can come back to the ranch off 183rd Street as many times as you want.  The catch is, you have to bring another vet to experience the healing power of horses.

"The smile everyone saw it.  That horse really connected with him and it was an amazing thing," said Parker.

The group is proud of the past year. They moved eight military families to the Kansas City area, finding them jobs and housing.

Its next goal is to expand the ranch and have a spouses weekend.

Parker said donations are the backbone of War Horses for Veterans, making it possible to feed and shelter the animals, pay their medical bills and fly in the veterans.