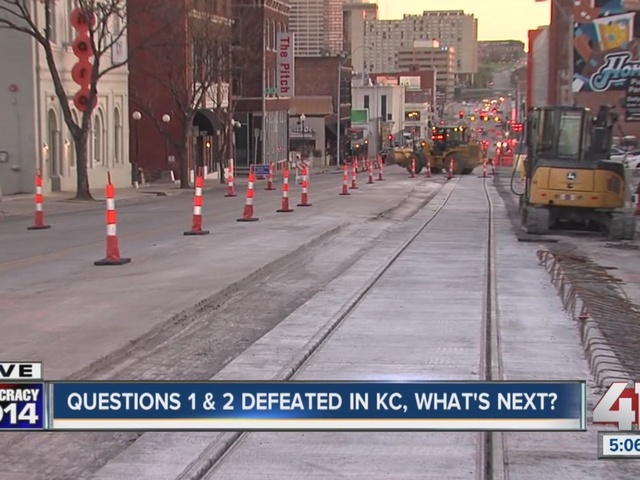 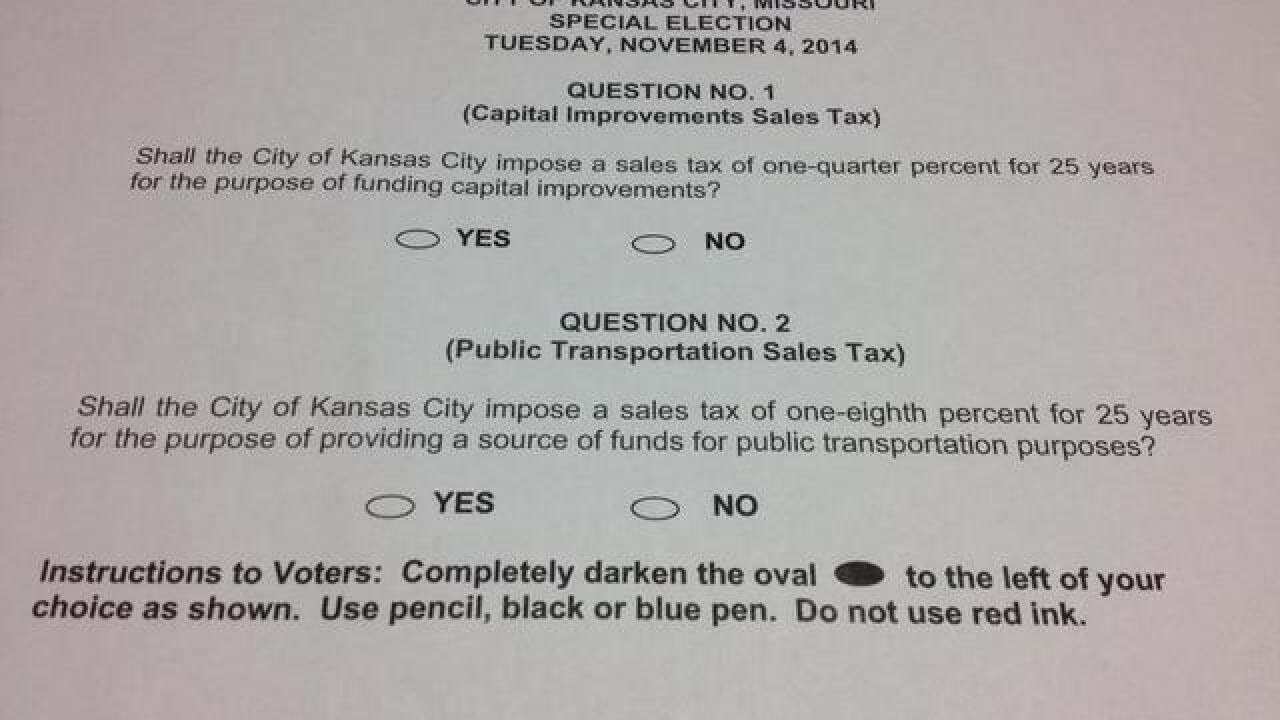 Questions 1 and 2 on the ballot were the result of an ongoing feud between the City of Kansas City and Clay Chastain, longtime advocate and activist for light rail, though no one supported a "yes" vote.

Chastain filed a petition several years ago with 4,000 signatures, supporting his plan for public transit. He wanted a public vote on tax increase he said would raise most of the money to fund the project. The city refused to put the issue on the ballot so Chastain filed a lawsuit. Earlier this year, the Missouri Supreme Court ordered the city to put the tax increases on the ballot, but said they didn't have to be tied to a specific project. Councilman Ed Ford said the ballot questions were worded with the exact language from the Missouri Supreme Court.

Chastain said the questions placed on the ballot were not his original plan. Now that it has failed, he is prepared to take the next step in his mission to improve public transit in Kansas City.

"It basically means I'm going to have the change the city from the inside rather than the outside," he said. "That's why I'm going to run for mayor."

He said his first order of business as mayor would be to give the people an opportunity to vote on his plan.

Chastain does not plan to involve the courts as he moves forward with his plans.

Councilman Ford is not surprised Questions 1 and 2 failed on Election Day.

"There was no one, including the original sponsor, Clay Chastain, advocating a "yes" vote," he said. "Actually, I'm surprised it got as many votes as it did."

Ford said the city has its own plans for improving public transportation.

"In addition to a Max bus on Prospect, a Max bus on North Oak," he explained. "I'd say expanding the streetcar line south is a logical next step."

But the expansion issue will likely wait until the current two-mile line from City Market to Union Station is finished and the streetcar is running.