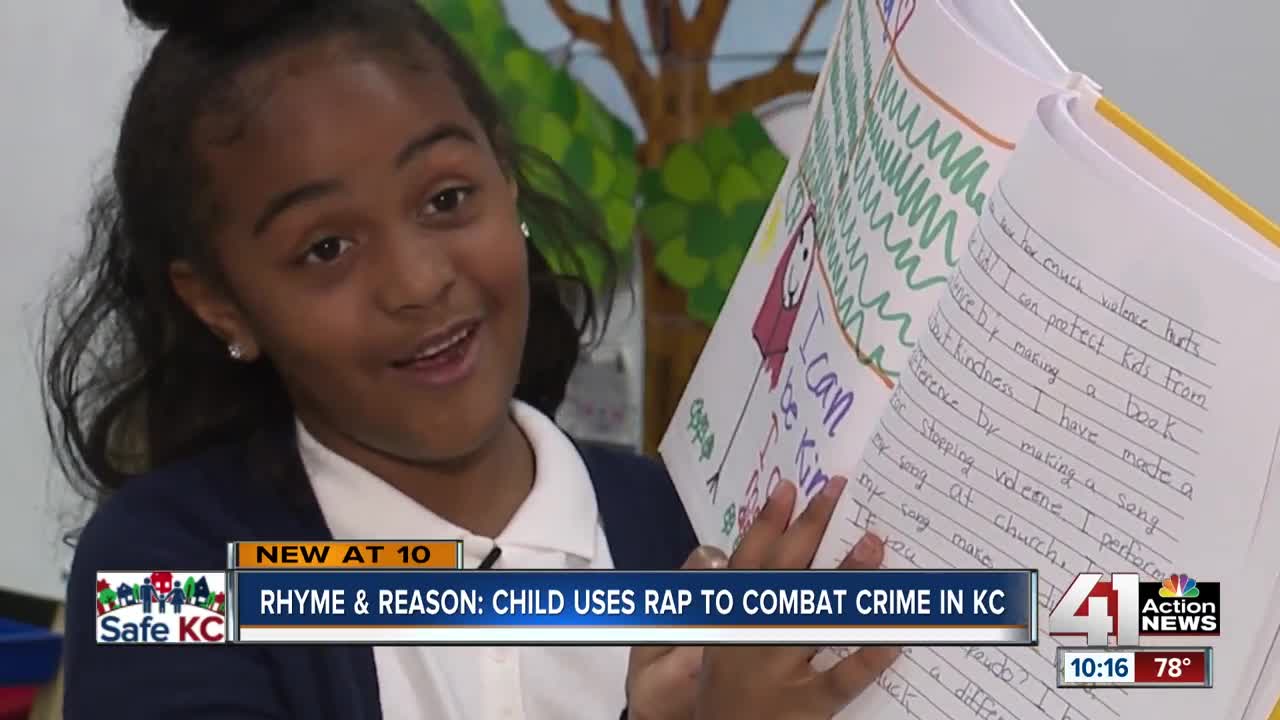 Children typically depend on adults to protect them and keep them safe, but Ava Foster, a first-grader at University Academy in Kansas City, Missouri, is spending her time and creative energy battling gun violence as well as promoting kindness and safety. 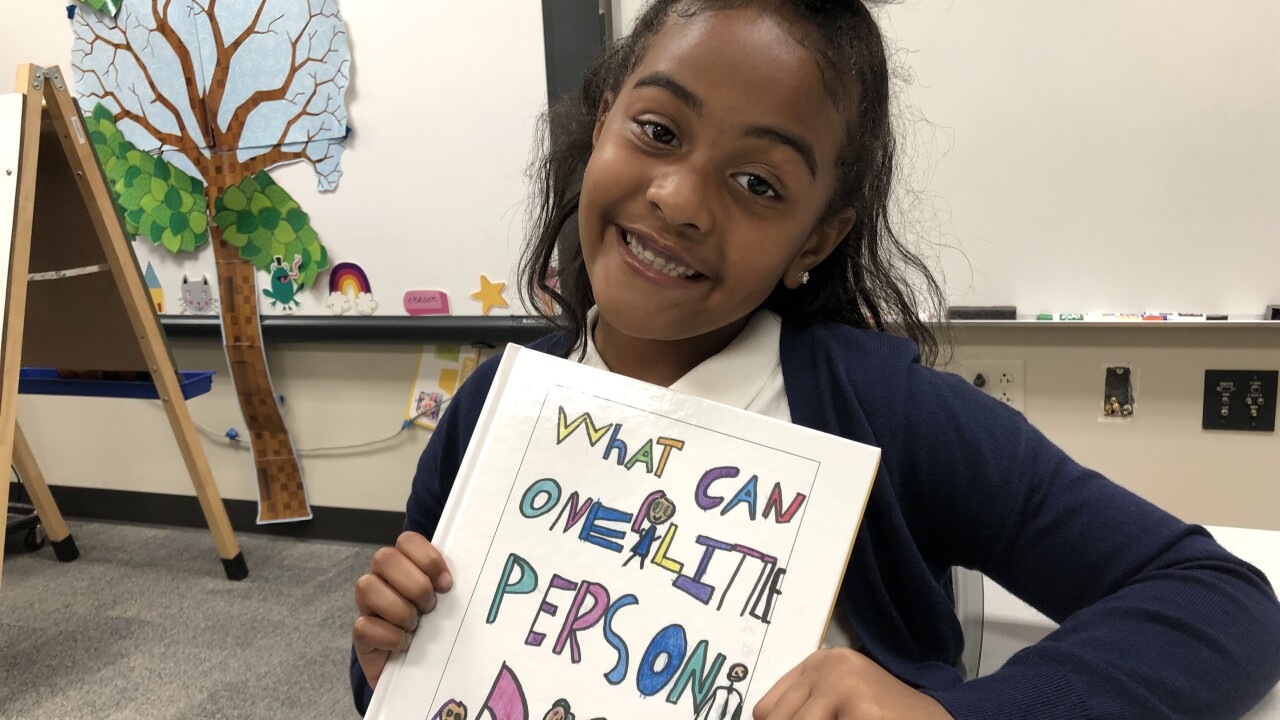 KANSAS CITY, Mo. — Children typically depend on adults to protect them and keep them safe, but a first-grader at University Academy in Kansas City, Missouri, is spending her time and creative energy battling gun violence as well as promoting kindness and safety.

Ava Foster, 7, goes by the stage name is Lil' Ava. She's a little girl with a big dream for Kansas City.

The title of her most popular song is "Senseless" and she recited some of its powerful lyrics for 41 Action News:

"First you get the Bible; that's the key to power. Put the guns down; just send up a prayer. Put your trust in God, the Almighty Savior. I know I'm a little kid, but do me that favor."

Ava said she started rapping when she was 1 1/2 years old.

"I was listening to songs on the radio, but then I started taking it serious when I was 5," Ava said.

She performed "Senseless" at her church, United Believers Community Church, in south Kansas City. Ava said her faith is important and that's reflected in her lyrics.

"I believe in God," she said. "God is one of my most priorities and he made me, so I love God because he's the one who built me. So, I'm thankful to God."

Ava's mother, LaShawn Foster, said she helps her daughter with research, but Ava comes up with the lyrics — and there's little doubt who her No. 1 fan is.

Despite her age, the lyrics to "Senseless" reveal wisdom beyond Ava's years.

For instance: "Kids killing kids in class / School ain't safe no more / They're shooting people they hate / As they're running out the door . How did they get these guns / Sometimes from a parent / Come on y'all / Lock your guns / You have to be more careful."

Singing is not Ava's only avenue for trying to stop violence and promote safety. Students in Ava's glass each contributed an article to the school book titled, "What Can One Little Person Do?"

People are listening to her message. Ava has more than 5,000 followers on Instagram.

She also has a website, AvaTheRapper , which has several videos and a line of clothing branded, Ava Entertainment.

Obviously, Ava is a little girl with big dreams of making a difference. She wants to become a teacher when she grows up, "ecause teachers are kind. They encourage kids; not discourage kids."

Right now, her music is her focus and she hopes her social media followers are listening to her lyrics and following her advice.

"I don't really know if I made a difference yet, but I hope that I did," said Ava said, who hopes to write 50 more songs about putting the guns down and being safe. "If somebody thinks of grabbing a gun, I hope they listen to that song before they think they can do it, so they can give it to their parents before they even do anything."