Missouri company at the center of cassette tape resurgence

They produce thousands of tapes every day

SPRINGFIELD, Mo. — National Audio Company in Springfield, Missouri makes a product that most of us have owned at one point in our lives but may not have seen in a long time: cassette tapes.

Right now, they’re using tape that they purchased from other companies that have gone out of business. But soon, they’ll be making the tape themselves, and they’ll be the only company in the world doing it.

“As we say, our really new equipment was built in the early '90s," said National Audio Company President Steve Stepp.

But try telling the employees at National Audio that their product is extinct.

"When I started here, my son told me, ‘You don't want that job because cassettes are going out of business,’” said employee Barb Jilek. “And I've been here 16 years."

They produce tens of thousands of cassette tapes every day and can do even more if they’re making blank tapes.

"Cassette tapes have been a dying breed for the last 53 years if you listen to popular wisdom,” Stepp said.

"Evidently somebody does (buy tape),” Jilek said. “Because we sell a lot of tapes."

Every step includes a process or piece of equipment that feels like it's from another time.

National Audio works with small bands you may have never heard of, but also big companies with music that you know by heart.

"We do the duplication for Disney, for Sony,” Stepp said. “We actually work with about 3,400 record labels worldwide."

And the content may help explain who's buying all these tapes.

"The people who are really driving the return to cassettes is the under 35 age group,” Stepp said. “The people who were raised knowing MP3s, and earbuds, and compressed music."

But the process that National Audio Company employees are most excited about is a machine that they’re currently testing. It’s built from 55 tons of equipment that they purchased from Nevada and brought to Springfield by truck.

Once it's up and running in just a few months, the company will be able to make their own cassette tape, as in the actual tape that goes into the plastic casing. They’ll be the only company on the planet making cassette tape.

But in a sense, they're not really in the tape business.

Jilek has been making tapes for National Audio for more than 15 years and spends part of her workday standing in piles of loose tape. But she doesn't see it as tape anymore. 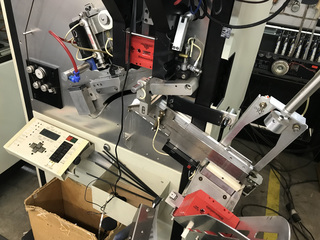 "There's kids that come in here, they don't even know what a cassette is,” Jilek said. "They really have no idea. This is somebody's dream, and I hope it works out for them."

Still, she's happy to leave those dreams at work.

“I don't listen to music when I get out of here,” Jilek said. “I want some peace and quiet."