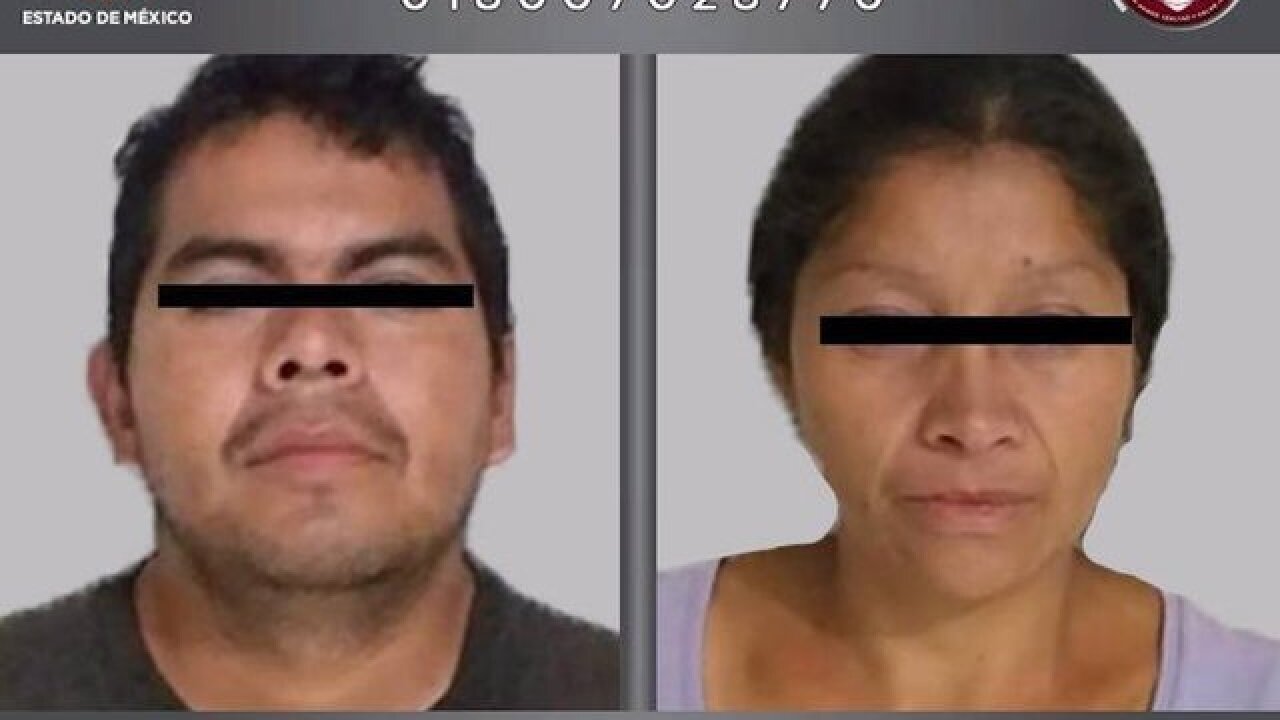 © 2018 Cable News Network, Inc.
Mexico Attorney General
<p>A couple arrested in Mexico while pushing a baby stroller filled with human body parts may have killed up to 20 women, according to the chief investigator on the case.</p>

A couple arrested in Mexico while pushing a baby stroller filled with human body parts may have killed up to 20 women, according to the chief investigator on the case.

The man and woman were detained Thursday in the Mexico City suburb of Ecatepec on suspicion of murdering 10 female victims. However, the male suspect has since claimed that they are responsible for twice as many deaths.

Police arrested the pair, identified only as "Juan Carlos N." and his wife "Patricia "N.," during an investigation into the disappearance of three women and a two-month-old baby. The man gave detailed accounts of the original 10 deaths. He also told police that he and his wife had killed a further 10 people, according to State of Mexico Prosecutor Alejandro Gomez and reported by AFP.

Police found eight plastic buckets full of dismembered body parts and cement in the couple's house, Gomez revealed in a Facebook post on Sunday. More remains were found in a refrigerator, wrapped in plastic bags. Tests are now being carried out on the grisly evidence.

The couple, who live with their three children, were arrested while pushing the baby carriage through Ecatepec. The police had expected to find the missing baby inside, but instead found human remains.

It is now down to the prosecution to establish whether these claims are founded or whether they are just boasts by a "psychopath" or "serial killer," according to Gomez.

"He described it in a completely natural way ... I would say he actually seemed happy to have done this," Gomez told Mexican radio network Formula, AFP reported. "He wants people to see his picture, to know his name ... I would obviously classify this person as a murderer, a serial killer."

The suspect also admitted to selling the two-month-old baby of one of their victims, Reuters reported.

The grim case has sent anger and shock through Mexico. Hundreds of people protested in Ecatepec on Sunday, AFP reported. Demonstrators carried candles and white flowers to demand action by authorities on deadly violence against women and girls.

In 2016, seven women and girls were killed in Mexico every day, according to UN Women figures.

A 2017 report from Mexico's Interior Department, the National Women's Institute and UN Women found that 52,210 killings of women were recorded between 1985 and 2017. Nearly a third occurred in the last six years of that 32-year period.