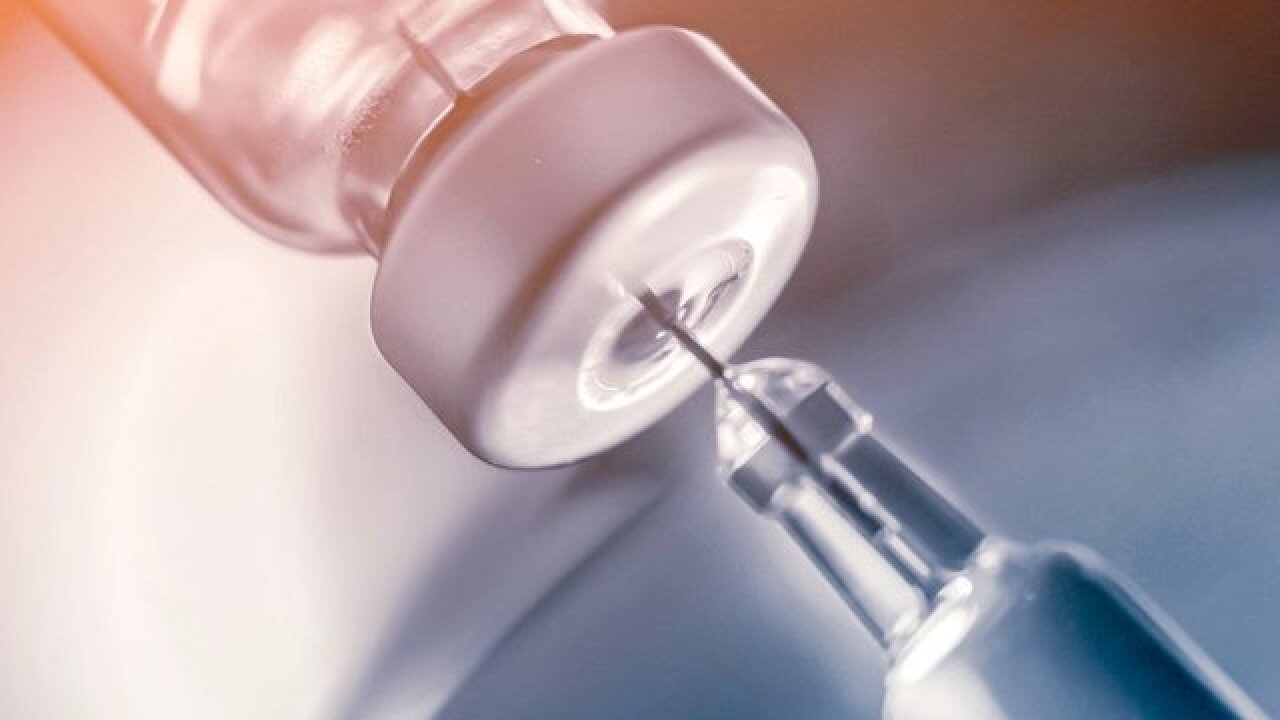 © 2018 Cable News Network, Inc.
Shutterstock
<p>Hundreds of thousands of Chinese-made vaccines have been found to be faulty.</p>

Hundreds of thousands of vaccines provided for Chinese children have been found to be faulty, inciting widespread fury and prompting the country's President, Xi Jinping, to describe the incident as "vile and shocking."

China's Food and Drug Administration (CFDA) has launched an investigation into vaccine manufacturer Changchun Changsheng Biotechnology, revoking its license for human rabies vaccines and beginning a recall of all unused vaccines produced by the company.

Five senior executives of the company, including the chairwoman, were taken into custody for questioning by Changchun police, who announced they had begun an official criminal investigation into the company.

In Chinese, the term Changsheng is a play on words meaning "long life."

Online message boards have been inundated with hundreds of thousands of comments since the news broke Sunday, with parents and consumers using the hashtag "#Changsheng bio-tech vaccine incident," to post reactions on Weibo, a Chinese platform likened to Twitter.

Many of the defective vaccines were already on the market and being given to Chinese children, as part of the mandatory national vaccination program. A number have now been recalled, but there is no information at this stage as to how they could affect the health of those children who have already been injected.

One mother, surnamed Zhen from Baoding, Hebei province, told CNN she had found out since the announcement her six-year-old daughter was vaccinated with a Changsheng product.

"I'm kind of at loss. I have to wait for official conclusions," she said over Wechat.

Zhen said she'd been supportive of products made in China, unlike a number of her contemporaries who "worship" foreign products.

"But this incident ... it also made me deeply concerned. It will be really hard to rebuild people's confidence in our national brands. After all, children are parents' lifeblood," she said.

At least two different vaccines -- rabies, and diphtheria and tetanus (DPT) -- manufactured by Changchun Changsheng Biotechnology are known to be defective.

State-run Xinhua news agency reports that at least 113,000 doses of the company's rabies vaccine are affected.

In a statement, the Jilin Provincial Food and Drug Administration said a total of 253,338 doses of Changsheng's DPT vaccine were faulty. This batch was sold to the Shandong Provincial Disease Prevention and Control Center.

It follows an earlier incident, in November 2017, when at least another 400,000 doses of the same vaccine, produced by a different, second company, the Wuhan Institute of Biological Products, were found to be substandard.

Eight provinces or cities immediately announced they would be stopping or suspending the use of human rabies vaccine from Changsheng, while another four claimed they had never used it.

It is not known whether other regional disease control agencies have been affected.

The Changsheng vaccine issues first became public following an official government inspection of the company's facilities on July 15, in which authorities found that the company had fabricated production and testing records, falsified production specifications and equipment, CFDA officials said in a briefing on Sunday.

Despite being overseas on Monday on a visit to Africa, President Xi was briefed on the vaccine crisis and said ensuring the safety of drugs was the responsibility of the government and the Communist Party.

He called for authorities to "scrape the poison off the bone" in their efforts to rectify the vaccine problems.

"Those involved will be resolutely punished with zero tolerance. (The government) will resolutely crack down on all illegal and criminal acts that endanger the safety of people's lives," a statement released by China's Central Government said.

The vaccine crisis will undermine attempts by authorities to rebuild the public's trust in Chinese food and medicines after a series of wide-scale controversies in the past decade.

In a statement released to the Shenzhen Stock Exchange, the management of Changsheng said it felt "very ashamed and guilty" over the vaccines.

"The company will learn a lesson and take practical corrective measures and rectify thoroughly," the statement said.

'A test of a modern country's governance'

State-run tabloid the Global Times said in an unusually blunt editorial Sunday the provision of safe vaccines for the population was "a test of a modern country's governance."

Another state media publication, China Daily, said in an editorial the same day transparency was needed if the public was going to be satisfied.

"The authorities need to release whatever information they know about the incident to the public as soon as possible," the article said.

The vaccine scandal is just the latest in a series of controversies surrounding fake or defective products produced in China.

Years later, almost half of Chinese food-processing plants still failed to meet internationally acceptable standards, according to a 2015 report.

Even condiments such as soy sauce and spice mix haven't escaped the fake goods scares, after authorities in northern China busted several factories making counterfeit versions of the popular products in 2017.