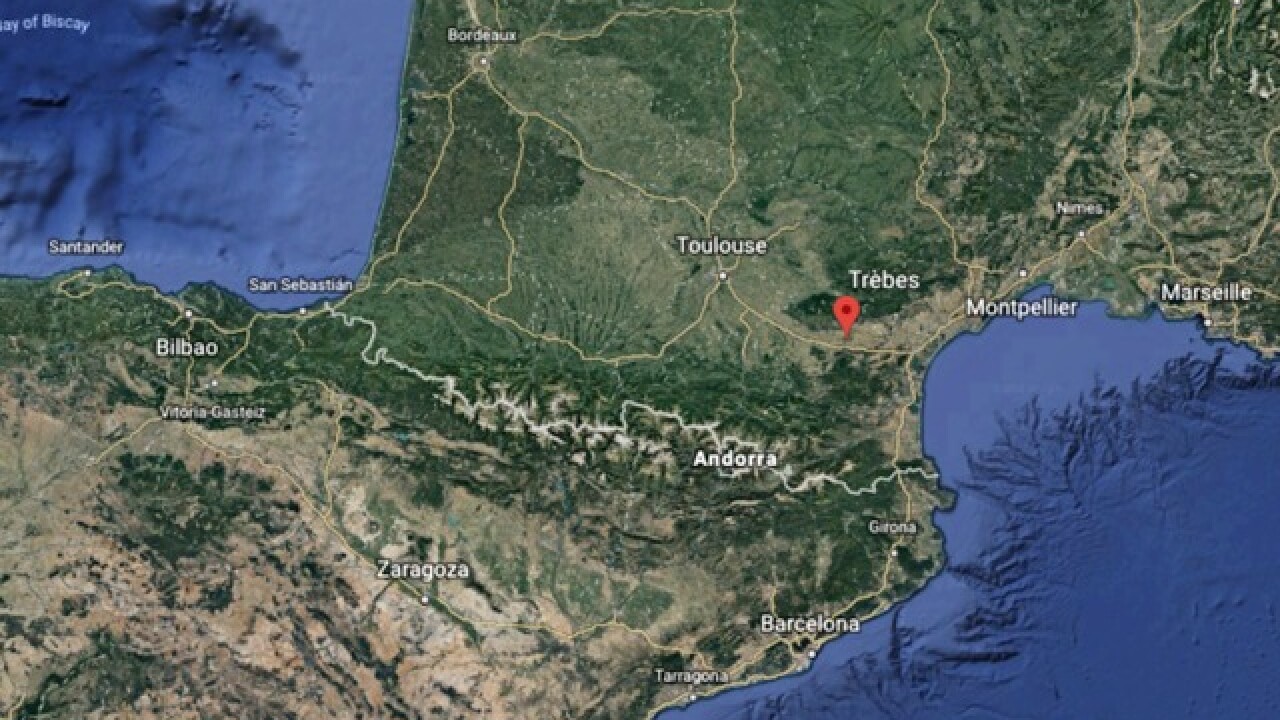 Three people have been killed in southern France after a gunman stole a car and took hostages in a town's supermarket, in what authorities are treating as a terror attack.

Police shot dead the gunman, French media reported, after a four-hour standoff Friday at the Super U supermarket in the town of Trebes.

The gunman had opened fire and killed two people there, he told reporters. One other was killed earlier in the carjacking in the city of Carcassonne.

"People were absolutely calm before and never though that there could be an attack in a town like this," Collomb told reporters, adding that the risk of terrorism in France was still "very high."

The hostage situation appeared to be linked to an earlier attack on police officers Friday, in which a man shot at four national police officers from a car in the nearby city of Carcassonne. The driver tried to ram the officers over as they were out jogging. Police later found the same vehicle at the Super U in Trebes.

Collomb said that the gunman had stolen the car, killing one person in the vehicle and injuring the other.

The gunman then drove to the Super U in Trebes where he took his hostages and killed two people.

A BFM TV reporter at the scene said the attacker claimed to be an ISIS soldier and demanded the release of Salah Abdeslam, the suspected mastermind of the Paris attacks. The attacks, in November 2015, were the deadliest on French soil in the country's modern history.

CNN could not independently confirm the demand. Abdeslam's trial opened in Belgium in February this year.

A police officer agreed to give himself over to the gunman in exchange for the release of a hostage. That officer entered the supermarket and then shot the gunman, Collomb said. The officer was also shot and seriously wounded, but the order of the shots was unclear.

Police then raided the store after hearing gunshots.

An employee who fled the supermarket as shots were fired told BFM that he and around 50 others had been in lockdown in the car park.

Madeline Fuhrman, a witness, said that Trebes has gone quiet after the attack.

"It's totally deserted now. Absolutely every shop is closed. There's not a soul in sight," she said.

French President Emmanuel Macron, who was in Brussels at an EU leaders' summit, described the hostage incident as a "terror attack" and said he would return to the country promptly.

"Everything leads us to believe that it is indeed a terror attack which is, as I said, still ongoing. The police ... intervened in a very coordinated manner after what was first an attack against police officers," Macron said at a press conference alongside German Chancellor Angela Merkel.

"I myself will be back (in France) in a couple of hours in order to coordinate all the new measures that need to be taken."

Merkel said: "We would like to express our sincere condolences. We stand firmly at France's side at this terrible time when they have fallen victim to a terror attack."

The Paris prosecutor's office said it was opening an investigation into a terrorist act, as well as murder and attempted murder.

France had faced a string of terror attacks in recent years, including the Paris attacks and several smaller-scale assaults. France remained under a state of emergency status for around two years after the Paris attacks. It was lifted late last year.