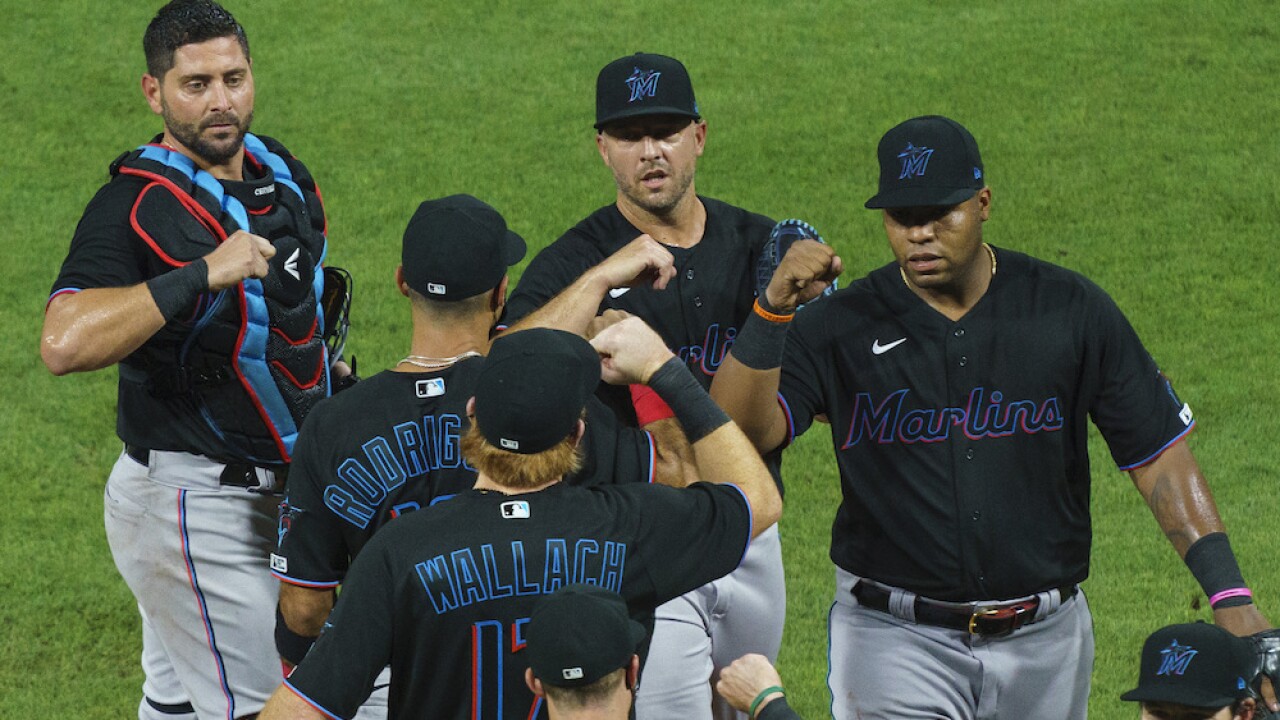 MIAMI — A person familiar with the situation says four additional Miami Marlins players have tested positive for the coronavirus, bringing the number to 15.

The person spoke to The Associated Press on condition of anonymity because the results have not been publicly released.

MLB confirmed that the Marlins will not resume play through Sunday.

On Monday, the Marlins canceled their home opener that had been scheduled to take place against the Baltimore Orioles after several players and team employees tested positive for COVID-19. They remain in Philadelphia, where they completed a three-game series against the Phillies on Sunday.

Dr. Anthony Fauci says the Marlins' virus outbreak could endanger the Major League Baseball season, but he doesn't believe games needs to stop now. Fauci made his comments on ABC's "Good Morning America" before the news of the Marlins' latest test results.

Currently, baseball is the only sport attempting to return while still allowing teams to travel between cities. The NBA, NHL and MLS are all attempting to return to play, but in scenarios where all teams compete at a handful of facilities and where players are otherwise isolated.