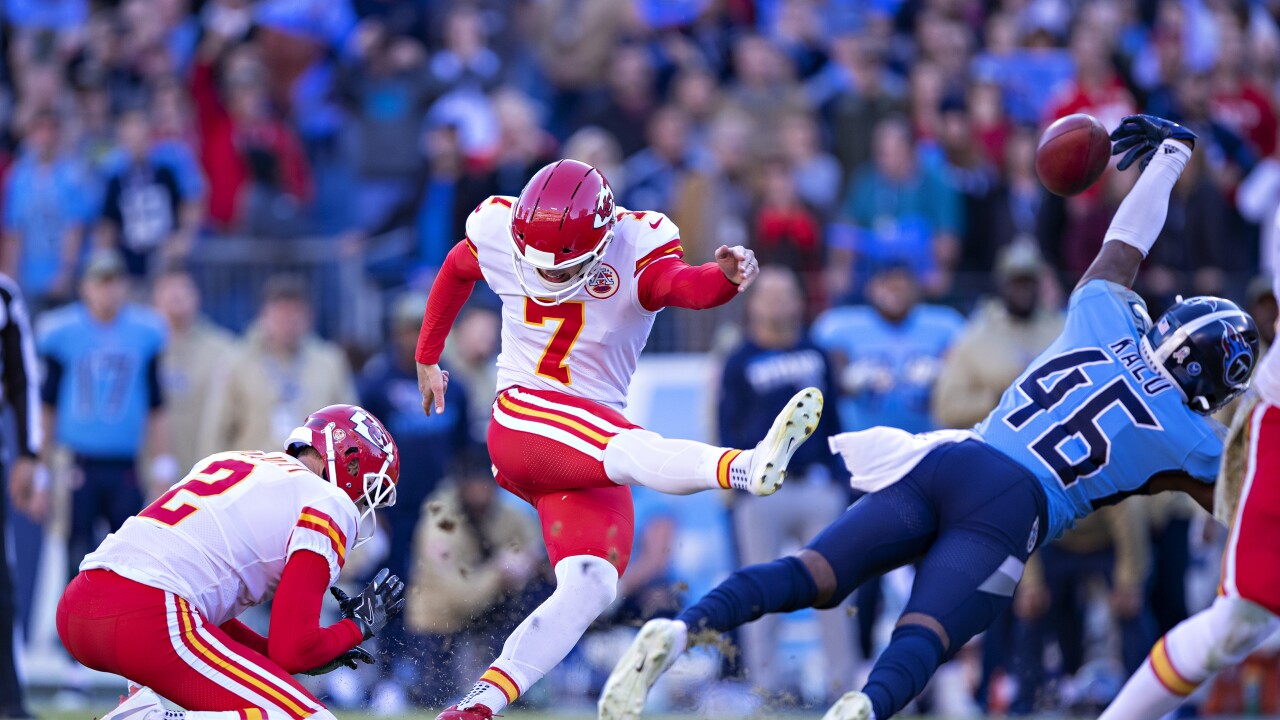 It wasn’t quite as frustrating and unusual as the Chiefs’ loss in the AFC Divisional playoffs in January 2018, a game in which KC blew a 21-3 lead and Marcus Mariota threw a touchdown to himself, but the 4th and 1 podcast crew explains why it was such a bad and stunning loss.

Listen as co-hosts Nick Jacobs and Tod Palmer break down the carnage and fallout.

The Chiefs lost despite outgaining the Titans 530-371 and running 78 plays compared to 49.

KC lost despite Mahomes completing 36 of 50 passes for 446 yards with three touchdowns and no interceptions.

The Chiefs lost despite a massive advantage in time of possession (37:51) and 28 first downs, which was nine more than the Titans.

Kansas City missed an extra point, blew a nine-point lead in the fourth quarter, coughed up the lead after a botched field-goal snap and had a potential game-tying field goal on the game's final play blocked.

The loss leaves the Chiefs (6-4) only a half-game ahead of the surging Oakland Raiders (5-4) with a critical divisional showdown Monday against the Los Angeles Chargers (4-6) next Monday in Mexico City.