4th and 1: Sizing up Chiefs' competition 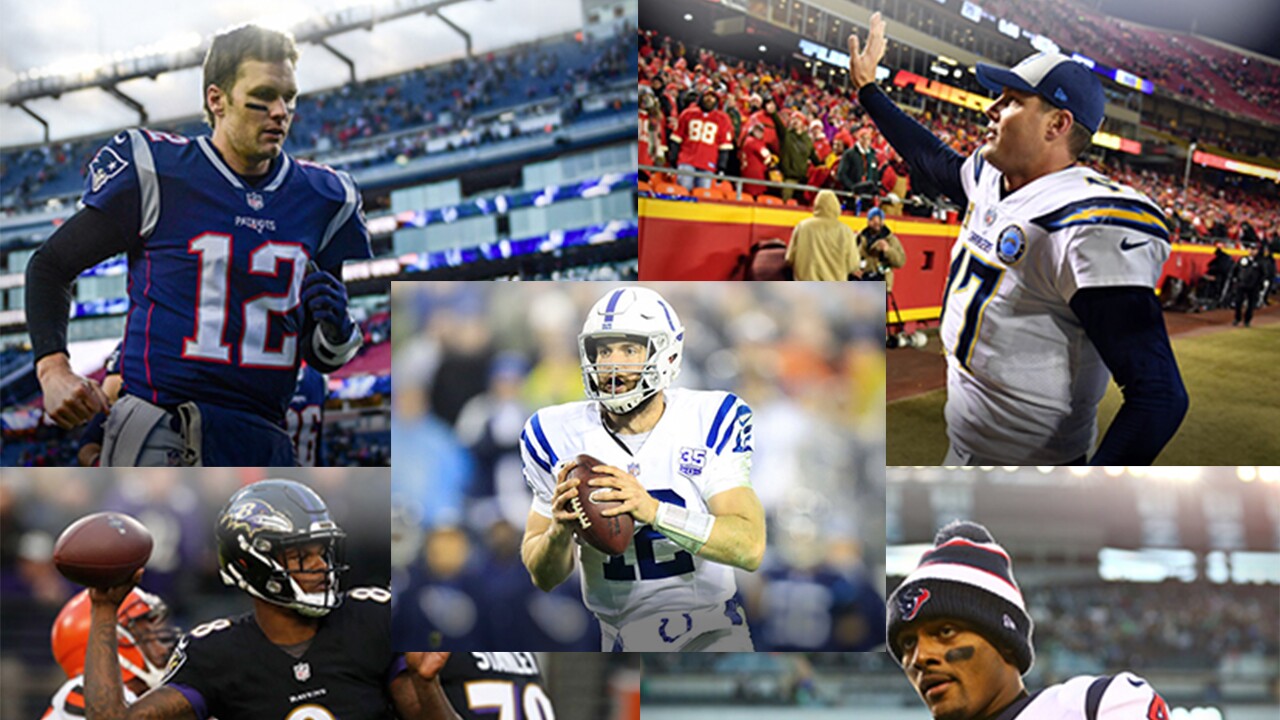 KANSAS CITY, Mo. — The third time was the charm for the Kansas City Chiefs on Sunday, as they were able to capture their third consecutive AFC West title and the No. 1 seed in the AFC.

This is the third time since 1975 the Chiefs have been the first overall seed, the other times being 1995 and 1997. This is the fourth time in Andy Reid's career he has captured the first seed. The Eagles made the NFC Championship all three times and lost to the Patriots in the Super Bowl during their 2004 campaign.

This version of the Chiefs playoff campaign will include the 31st ranked defense and first overall offense. Each AFC team has their warts that can cause their downfall each week. For the Chiefs, their run defense, inability to force turnovers and overall penalties are areas that will determine their playoff fate. Here are how the others matchup against the Chiefs.

4th Seed: Baltimore Ravens
Kansas City came away with a 27-24 overtime victory over the Ravens in week 14. The defense under coordinator Don Martindale was the top-ranked in the NFL and is the strength of their team. The scheme is designed to disguise coverages and overwhelm the quarterback in deciphering which pass protections they must call to stop the blitzes the Ravens show. Baltimore found success in their offense with rookie quarterback Lamar Jackson, who will be the youngest quarterback to start a playoff game this weekend at 21 years-old and 364 days. Their offensive scheme revolves around their run game, which is ranked second in the NFL behind the Seattle Seahawks. Jackson helped the Ravens to a 6-1 record after Week 10 but their passing offense struggles with his limited ability and experience throwing the ball. A team will defeat them if they don't turn the ball over and force Jackson to pass in key moments.

5th Seed: Los Angeles Chargers
The Chargers split with the Chiefs this season and finished 2-3 against teams that made the playoffs with losses to the Chiefs, Rams and their opponent this weekend in the Ravens. The Chargers had no explosive plays in the game and managed 10 points on 12 possessions at home with the No. 1 seed on the line. The Chargers have offensive weapons that make them balanced in both the run and pass and are able to outscore most opponents. Their down fall is their quarterback Philip Rivers' tendency the throw interceptions when pressured correctly. The Chargers feature the ninth overall defense in the league. Their defensive scheme revolves around their edge rushers in Melvin Ingram and Joey Bosa, but the better offenses in the league can move the ball on them effectively in both phases.

6th Seed: Indianapolis Colts
The Colts are one of the hottest teams in the league winning nine of their last 10 games since Week 6. The last team to start the season 1-5 and reel off nine or more victories was the 2015 Kansas City Chiefs that won their first playoff game since 1994 that season. Colts general manager Chris Ballard was also a member of the Chiefs front office during that run as well. Andrew Luck is beginning to regain his passing form with the second-most passing touchdowns this season with 39, behind only Chiefs quarterback Patrick Mahomes at 50. Head coach Frank Richt has developed an offensive scheme that showcases the run blocking of the offensive line, creates separation for middle of the road receivers with play-action passes and some deep shots to their No. 1 receiver in Ty Hilton. The Colts are one of the more balanced offenses in the NFL and is ranked 7th overall. The defense is ranked 11th overall and features a collection of strong and fast role players with a rising star in AFC defensive player of the month linebacker Darius Leonard. The Colts will be a tough out for any opponent.

LISTEN: The 4th and 1 Chiefs podcast breaks down Chiefs top-seed-clinching victory over the Raiders

2nd Seed: New England Patriots
The Patriots had some uncharacteristic performances in November and December that cost them the first seed in the AFC. The loss to the Titans 34-10 in Week 10 and the upset by the Dolphins 34-33 upset in Week 14 were both losses on the road, where they were 3-5 this season. Those losses have put some doubt in the Patriots playoff staying power. Quarterback Tom Brady has looked subpar at times and tight end Rob Gronkowski looks like a shell of his former self with injuries adding up. Gronkowski and wide receiver Julian Edelman are the keys to the Patriots offense and will need to be in top form for the Patriots to make it to the AFC Championship.

3rd Seed: Houston Texans
The Texans will face a tough opponent in the Colts this weekend and may not make it further than wildcard weekend. Their offensive success revolves around the availability of Lamar Miller in the run game. The Texans offensive line struggles in pass protection, allowing DeShaun Watson to be sacked 62 times this season, the most for a playoff quarterback since Randall Cunningham with the Eagles at 60 in 1992. Houston features the 12th overall defense under former Chiefs head coach Romeo Crennel and a formable front seven with JJ Watt and contract year Jadeveon Clowney leading the charge. The downside from the Texans is that their secondary has been suspect most of the season, and if their pass rush doesn't get to the quarterback, they struggle mightily.

The Chiefs are capable of beating every opponent mentioned above but it will take the offense having minimal mistakes, scoring early and the defense forcing turnovers to give the offense more possessions. Chiefs quarterback Patrick Mahomes begins to write his young legacy on Jan. 12 at 3:35 p.m., which you can catch on 41 Action News.

Nick Jacobs can be found on Twitter: @Jacobs71 and can also be heard on the 4th and 1 podcast brought to you by 41 Action News. 4th and 1 is available on iTunes, Google Play and TuneIn. You can check out all the 41 Action News podcast here .