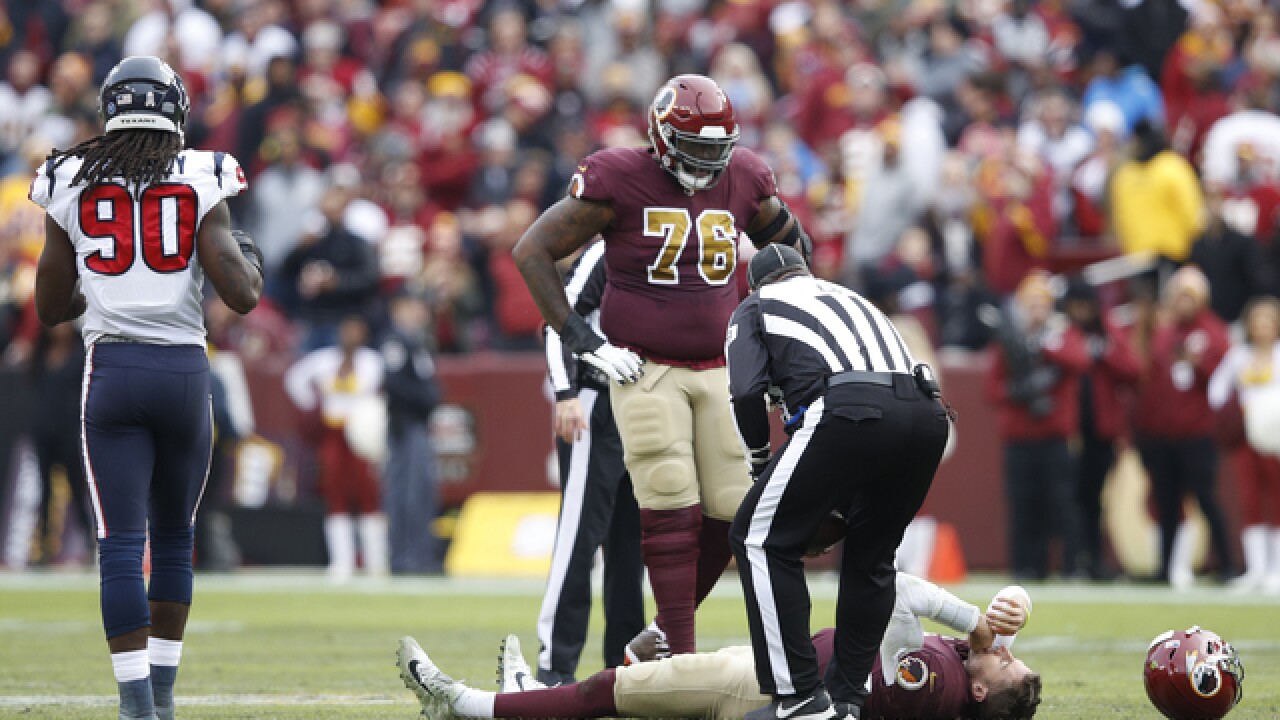 Copyright 2018 Scripps Media, Inc. All rights reserved. This material may not be published, broadcast, rewritten, or redistributed.
Joe Robbins
<p>LANDOVER, MD - NOVEMBER 18: Alex Smith #11 of the Washington Redskins lays on the field after being sacked and injured by Kareem Jackson #25 of the Houston Texans in the third quarter of the game at FedExField on November 18, 2018 in Landover, Maryland. (Photo by Joe Robbins/Getty Images)</p> 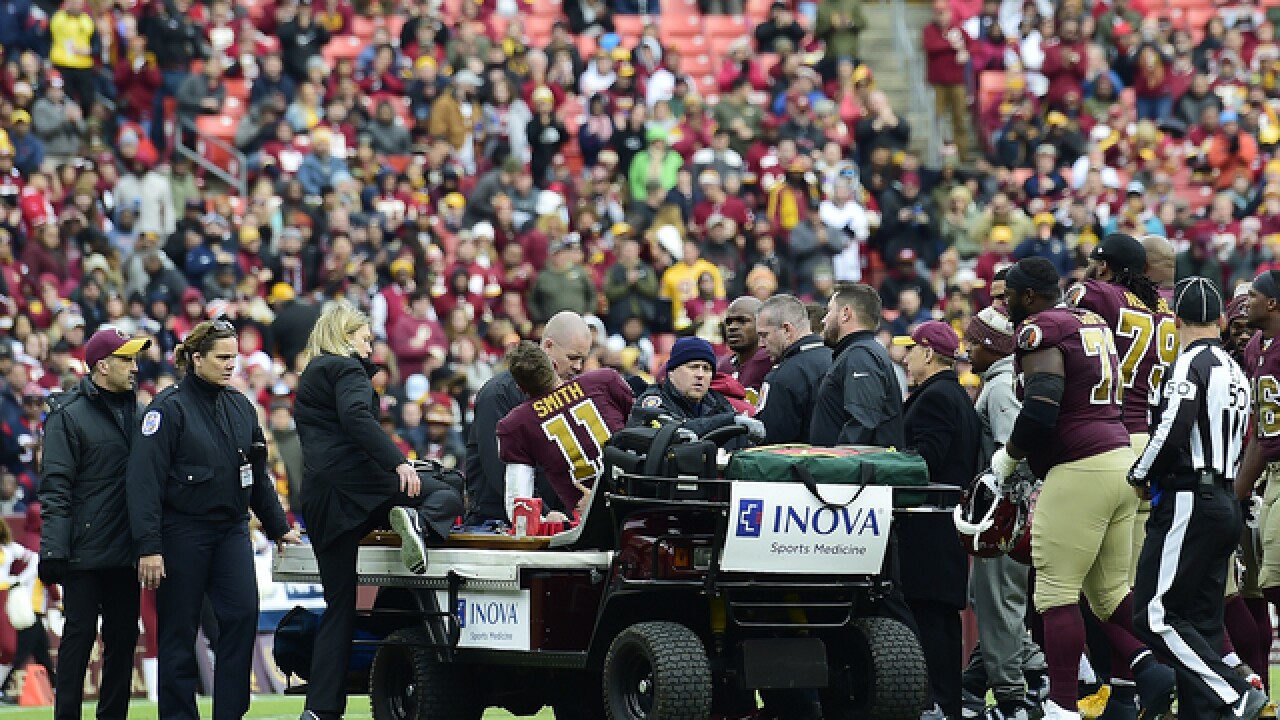 ASHBURN, Va. (AP) — The Washington Redskins have asked for privacy for Alex Smith and his family amid reports the quarterback is dealing with complications from surgery to repair a broken leg.

In a statement released Thursday, the team says it appreciates concerns about Smith's injury that occurred Nov. 18 against Houston and that the 34-year-old and his family remain strong. A team spokesman declined to say whether Smith was still in the hospital more than two weeks after surgery to repair a broken right tibia and fibula.

Coach Jay Gruden said Nov. 19 he expected Smith to make a full recovery and be out six to eight months. NFL Network and Washington's FM-106.7 reported Thursday that Smith is still battling an infection in his right leg and being tended to by doctors.