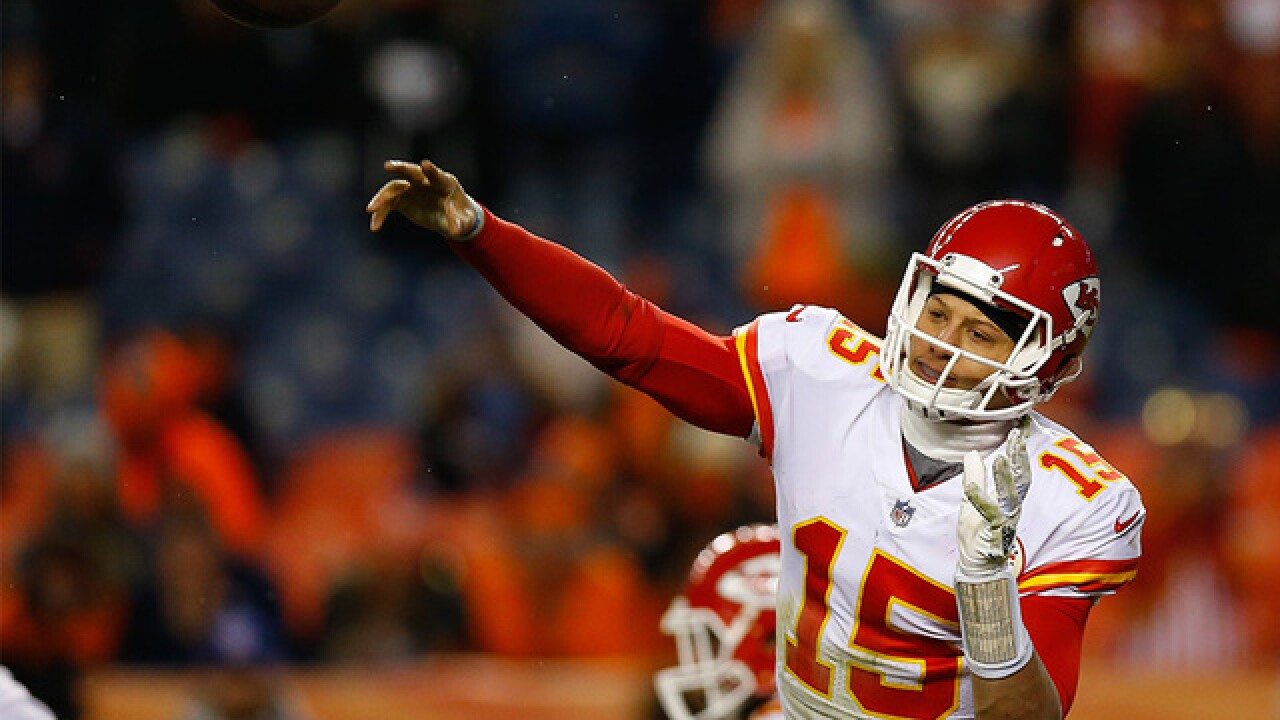 There were zero no-shows this year to Chiefs offseason workouts. Last year, Eric Berry and Justin Houston didn't show up to offseason workouts. But, that all changed Monday. The practice facility had a buzz around the building that had not been heard since before their last game - an AFC Wildcard playoff loss against the Tennessee Titans in January.

A total of 16 people spoke to the media including Head Coach Andy Reid and 15 players. The common theme was how many new faces were on the team.

There were some wholesale changes, in the offseason, under first-year General Manager Brett Veach. Former Chiefs quarterback Alex Smith was traded to the Washington Redskins. Last year's first-round draft pick, quarterback Patrick Mahomes will be the new face of the franchise. Safety Marcus Peters was traded to the Los Angeles Rams. Linebackers Tamba Hali and Derrick Johnson were released along with Safety Ron Parker.

"It was great to see some of the old veterans players come back. And, then the addition of some of the new players young and a couple with experience there," Coach Reid said. "We've got a lot of work ahead of us. We look forward to that. Seems like there's great energy in the room."

Chiefs defensive end Allen Bailey knows all about having to learn with new players.

"I mean, you know, it's a business at the end of the day," Bailey said. "I used to have to bond with them outside of here. So, that's a good thing about it. New guys come in. You gotta adapt and get comfortable with them you know."

Bailey even said that the Chiefs trading away Marcus Peters was a surprise.

"I think for everybody it was [a surprise] you know. But, like I said, it's a business at the end of the day. I can't control any of that."

Some of the newcomers on the team, that spoke with media included, former Rams and Bills wide receiver Sammy Watkins and former Cowboys linebacker Anthony Hitchens.

"Just with the defense, [I'm] just learning the basics. [Inside Linebackers Coach Mark DeLeone is] not putting too much on me right now. [They] don't wanna fill my head up. But, we're taking it step by step. I learned the day one install today. It was pretty simple. I'm just looking forward to, you know, continuing to learn and [will] learn more tomorrrow.

Veteran Chiefs players: safety Eric Berry, wide receiver Chris Conley and linebacker Dee Ford are some of the notable players returning from injuries who were lost for most or all of last season. So, they are new in the sense that they were rejoining the team after being out.

"The offseason's gone well. I spent the majority of it here [at the practice facility]," said Wide Receiver Chris Conley who was lost for the season after rupturing his left Achilles tendon against Houston last October. "It's just good to be back in the locker room around people, at the same time, that they're in the locker room and in meetings at the same time that they're in meetings."

The Chiefs will select their newest players in the upcoming NFL Draft in Dallas beginning Thursday, March 26th. Rookie Minicamp is May 5-7 with the Organized Team Activities taking place May 24th, 31st and June 7th.