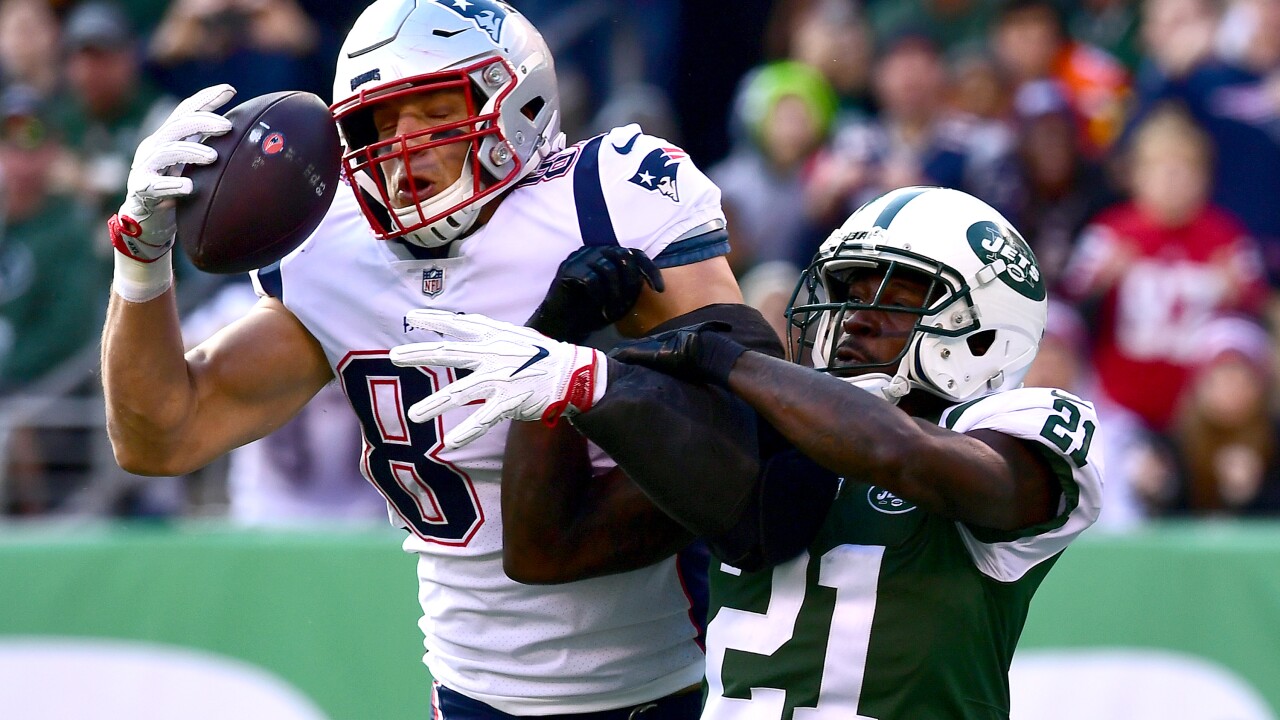 ST. JOSEPH, Mo. — The Kansas City Chiefs agreed to terms with cornerback Morris Claiborne on a one-year deal Thursday to fortify a thin and unproven secondary, a person familiar with the negotiations told The Associated Press.

The person, who said the deal could be worth about $3 million with incentives, spoke to the AP on condition of anonymity because the team had not announced it. Claiborne still must pass a physical to make it official.

The Chiefs have been searching for help at cornerback throughout the offseason, a need that became even more apparent when backup Keith Reaser suffered a season-ending Achilles injury.

Claiborne would give Kansas City some depth behind the starting trio of Bashaud Breeland, Charvarius Ward and Kendall Fuller — when he becomes eligible to play.

The former No. 6 overall pick has been suspended the first four games of the season for violating the NFL's substance-abuse policy. That means the earliest he could play is Week 5 against the Colts, giving him plenty of time to learn new defensive coordinator Steve Spagnuolo's system.

Claiborne, who was teammates at LSU with new Chiefs safety Tyrann Mathieu, spent his first five seasons with Dallas before spending the last two with the Jets. He has started 73 of the 77 games in which he has appeared, making 251 tackles and seven interceptions while scoring a pair of touchdowns.

One of his biggest problems has been staying healthy.

Claiborne has missed time with injuries ranging from hamstring and groin problems to a torn patellar tendon that caused him to miss 12 games in 2014. He also has missed a game each of the past two seasons in New York, first with a foot injury and last season with a shoulder problem.

The Chiefs have been working on a deal with Claiborne for a while, which is one of the reasons they felt comfortable switching second-year pro Tremon Smith from cornerback to running back last week.

"They're competing," Chiefs coach Andy Reid said of his collection of cornerbacks, "but I feel comfortable doing this move right now with Tremon."

Breeland, who signed as a free agent in the offseason, and Fuller are listed as the first-team cornerbacks on the initial depth chart released for Saturday night's preseason opener against Cincinnati. But the Chiefs intend to use Fuller primarily in the slot, which means Ward could start on the opposite side of Breeland when the Chiefs are in their base 4-3 defense.

The Chiefs knew what they were getting in Breeland. Ward has been a pleasant surprise.

"When I did watch the tape, and I had mentioned it to (general manager) Brett (Veach) that I think this particular player — I didn't know him at the time — had some potential to be a good press corner," Spagnuolo said. "I like the guys with the long arms. Now, I have to get used to the inner makeup of a corner. That's really important in this league. I'd like to see him always challenge every play."

Perhaps an internal challenge from a new signing in Claiborne will help to spur Ward along.

That goes for the rest of the Chiefs' reconstructed defensive backfield, too.

He was an undrafted free agent out of Utah who spent time with Jacksonville last season.

RB Damien Williams (hamstring) practiced for the second day after missing most of the first two weeks of camp.

"We're just easing him back in," Reid said. "We don't want him to take any steps back with his hamstring, but he looks good."

WR Sammy Watkins hurt his finger during Thursday's practice, but Reid said it should be OK.