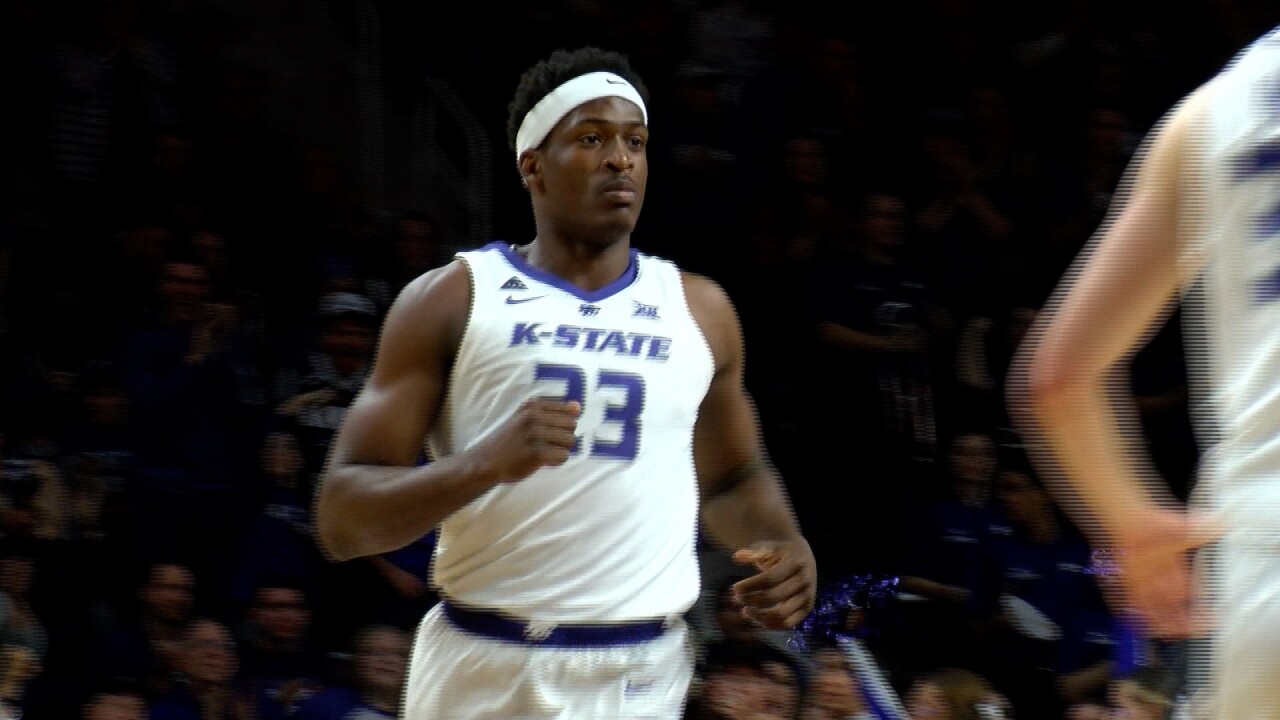 Copyright 2019 Scripps Media, Inc. All rights reserved. This material may not be published, broadcast, rewritten, or redistributed.
Ryan Marshall
K-State junior forward Austin Trice runs down the court on defense after scoring a bucket against the Oklahoma Sooner at Bramlage Coliseum on March 9, 2019.

MANHATTAN, Kan. — The K-State men's basketball program is losing another player this year.

K-State Athletics announced early Friday that junior forward Austin Trice would be transferring after playing just one season with the team. His departure is not surprising to some after he struggled with the team.

Trice, a Chicago native, was a highly-touted community college player from Wabash Valley College in Mt. Carmel, Illinois. He averaged 12.6 points and 12.1 rebounds per game his sophomore season in 2017 and was one of 30 players named to the National Junior College Athletic Association (NJCAA) All-American Team earning third team honors.

But Austin could never duplicate that in his lone season at K-State, where he only averaged 1.9 points and 2.5 points per game in 28 appearances this year. Trice started one game this season and managed to score a season-high 12 points, and added five rebounds in 18 minutes during a 75-57 road victory against Oklahoma State on Feb. 2.

"We appreciated Austin's contributions to our basketball program and wish him the best of luck as he pursues his playing career at another institution," Weber said.

The K-State men's basketball roster will look vastly different after Weber's three seniors - Barry Brown, Dean Wade and Kamau Stokes - all graduated. Additionally, the departure of Goodnews Kpegeol due to the lack of playing time leaves the Wildcats with an opportunity to fill several scholarship slots on the team.