Back on top? KU arrives in KC as Big 12 favorites again 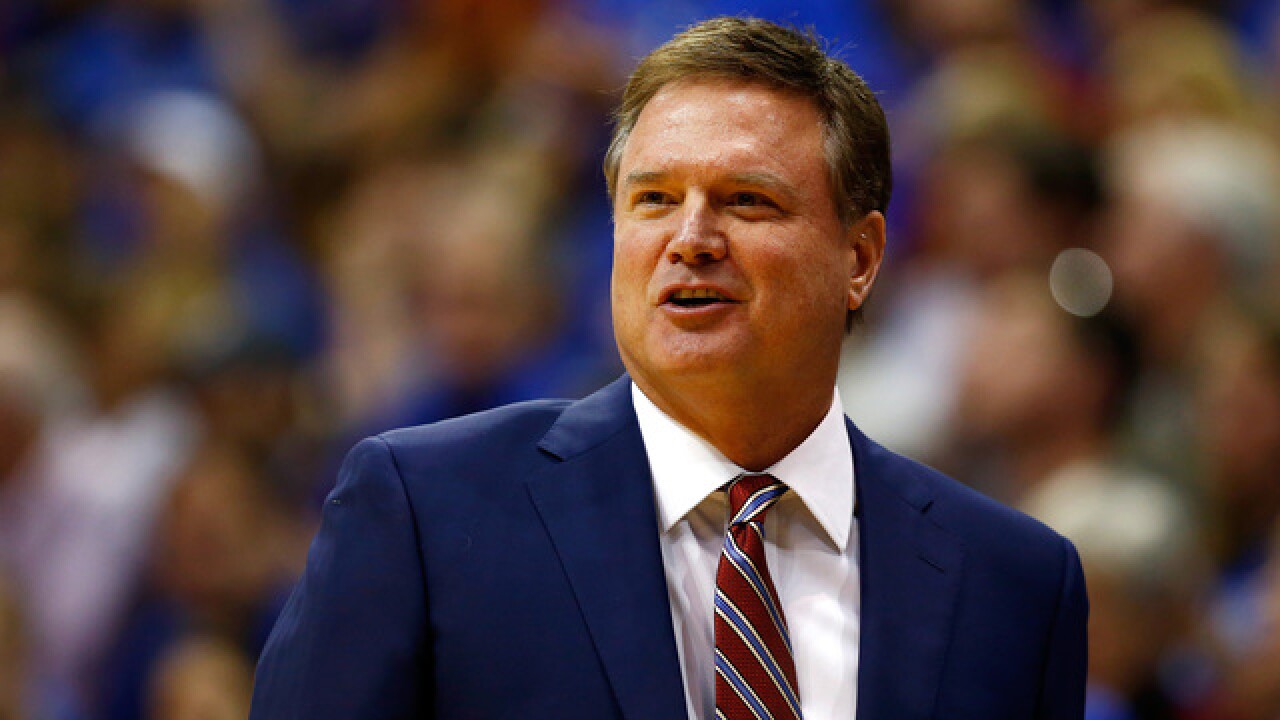 Copyright 2017 Scripps Media, Inc. All rights reserved. This material may not be published, broadcast, rewritten, or redistributed.
Jamie Squire
<p>LAWRENCE, KS - DECEMBER 05: Head coach Bill Self of the Kansas Jayhawks reacts from the bench during the game against the Harvard Crimson at Allen Fieldhouse on December 5, 2015 in Lawrence, Kansas. (Photo by Jamie Squire/Getty Images)</p>

KANSAS CITY, Mo. — It's an unfamiliar position for the Kansas men's basketball team.

For the first time since the 2004, the Jayhawks weren't attending the annual Big 12 Media Day as the conference champs.

No, that title belongs to Texas Tech and Kansas State.

KU failed to win the league last year for the first time in 15 seasons, finishing third.

And the Jayhawks seem to have taken it personally.

So, it seems, is everybody else.

Kansas was picked to return to first place in the preseason Big 12 preseason poll and opens the season No. 3 in the Associated Press Top 25.

"It's early on, but we're getting flashes of where we have stretches where we're really good," sophomore guard Ochai Agbaji said, "and that's just exciting to see that we have that potential."

KU is not only buoyed by the return of "Doke" (Azubuike), the 7-footer who's tested the NBA waters after missing the bulk of two seasons with injuries, but the team also gets back Silvio De Sousa, who hasn't played since the 2018 Final Four, in a loaded frontcourt.

The pair could be the top big man combo in the country.

"I believe that the big advantage this team could have on paper is that we can play big," KU coach Bill Self said as he begins his 17th season with the program.