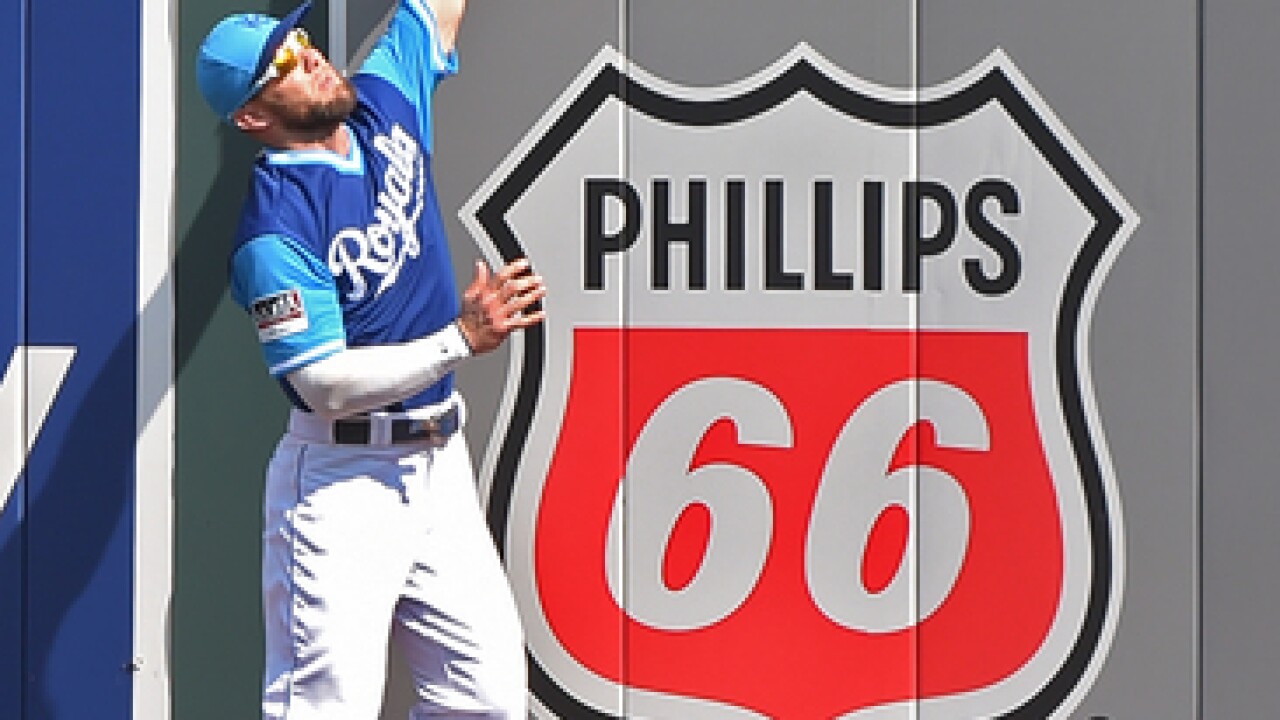 Copyright 2018 Scripps Media, Inc. All rights reserved. This material may not be published, broadcast, rewritten, or redistributed.
Ed Zurga
<p>KANSAS CITY, MO - AUGUST 26: Alex Gordon #4 of the Kansas City Royals can't catch a ball hit by Jason Kipnis #22 of the Cleveland Indians in the ninth inning at Kauffman Stadium on August 26, 2018 in Kansas City, Missouri. Kipnis picked up a two-run inside-the-park home run on the hit. All players across MLB will wear nicknames on their backs as well as colorful, non traditional uniforms featuring alternate designs inspired by youth-league uniforms during Players Weekend. (Photo by Ed Zurga/Getty Images)</p>

By: Associated Press
Posted at 6:46 PM, Nov 07, 2018
Wilson Sporting Goods announced tonight that Kansas City Royals outfielder Alex Gordon has been named a Defensive Player of the Year in left field. The Wilson Defensive Player of the Year Awards recognize the top defensive player at each position in the Major Leagues. This is the third time Gordon has been recognized by Wilson as the top left fielder in the Majors, joining 2017 and 2014.
Gordon, 34, had nine outfield assists this season – his most since 2013 – three behind the Major League leaders. Since 2010, his 91 outfield assists are tied with Gerardo Parra for most in the Majors. He was charged with just two errors in 260 total chances in left field this season – including no errors in his last 80 games (78 starts) – good for a .992 fielding percentage, fourth best among qualified left fielders. He recorded 18 Defensive Runs Saved – most among left fielders – including six with his arm. In addition to his 134 starts in left field, Gordon started 11 games in center field and one in right field.
On Sunday, Gordon was named a Rawlings Gold Glove winner for the sixth time in his career (also: 2011-14, ’17), second most in Royals history behind only Frank White’s eight (1977-82, ’86-87). Last week, Gordon was also named a Fielding Bible Award winner for the fourth time (also: 2012-14).
Copyright 2018 Scripps Media, Inc. All rights reserved. This material may not be published, broadcast, rewritten, or redistributed.