Boston batters Royals pitching for 10 runs, take game one of the series 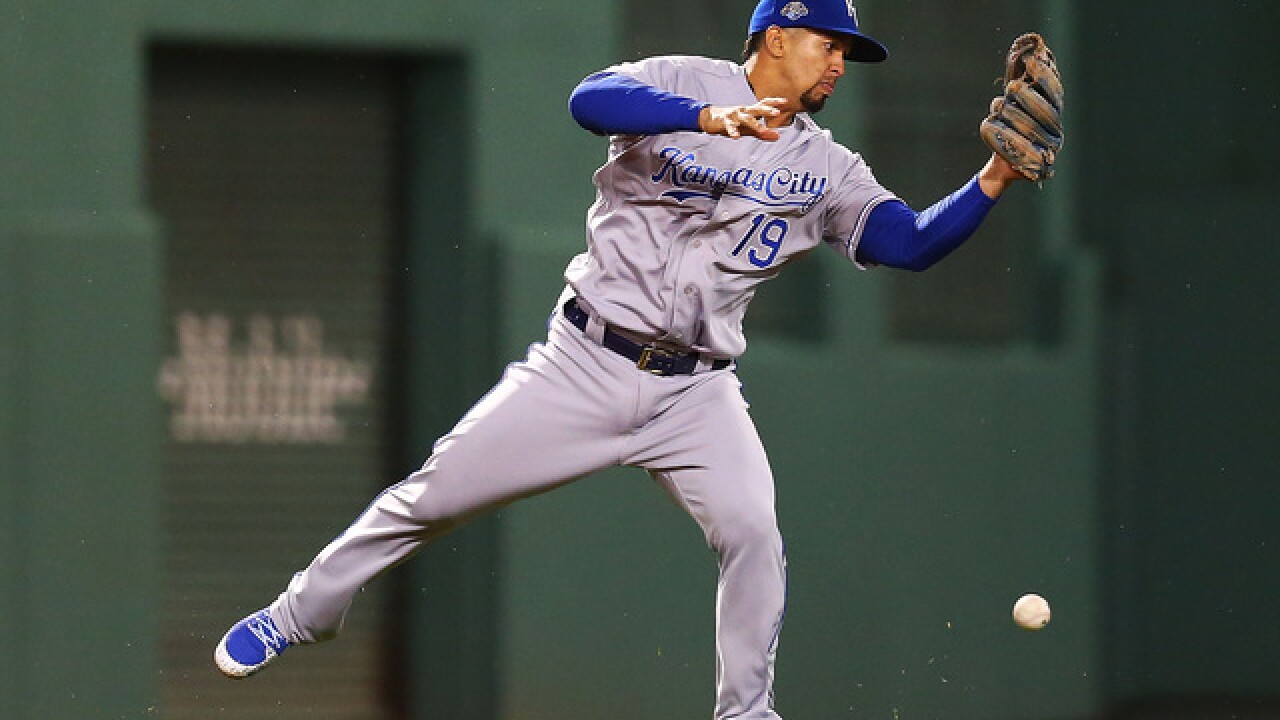 Copyright 2018 Scripps Media, Inc. All rights reserved. This material may not be published, broadcast, rewritten, or redistributed.
Adam Glanzman
<p>BOSTON, MA - APRIL 30: Cheslor Cuthbert #19 of the Kansas City Royals misses an infield pop fly in the seventh inning of a game against the Boston Red Sox at Fenway Park on April 30, 2018 in Boston, Massachusetts. (Photo by Adam Glanzman/Getty Images)</p>

Xander Bogaerts hit a grand slam over the Green Monster and the Boston Red Sox finished April with their most wins ever by beating the Kansas City Royals 10-6 on Monday night.

Mitch Moreland hit a solo homer and had three hits along with Bogaerts for the Red Sox, who posted their 19th victory in April. They had reached 18 three times, the last coming in their World Series-winning 2013 season.

Whit Merrifield had three hits and two RBIs for the Royals, who were coming off their first consecutive wins this season.

Hector Velazquez (4-0), the first of three relievers, worked two scoreless innings of relief for the victory.

Trailing 3-0, Boston scored a run in the second on Moreland's homer and five off Jason Hammel (0-3) in a third inning highlighted by Bogaerts' slam that completely left Fenway Park. Moreland drew a bases-loaded walk for the other run.

It was Boston's sixth slam of the season, tying the 1996 Montreal Expos for most ever in the majors by May 1.

Boston fell in the 3-0 hole in the first when starter Eduardo Rodriguez gave up three runs on three walks, two singles and a hit batsman.

Red Sox: Manager Alex Cora decided to give OF Mookie Betts a second straight day off because of a tight right hamstring that forced him out Saturday. "I feel like not starting today is going to benefit him, but if we need it late in the game, we'll use him," Cora said.

The Royals made a late lineup change, which caused confusion in the press box when everyone thought the club had moved its DH to third base after Moustakas had to leave in the first.

It would have forced pitcher Hammel to hit.

The problem was: The Royals had given a new lineup to the umpires from the one posted in the press box and on Fenway's scoreboards that had Moustakas at third base and Cheslor Cuthbert as the DH.

Cuthbert came in at third base at the bottom of the first.

Both starting pitchers were out by the fifth inning.

Hammel was tagged for eight runs on eight hits in 4 2/3.

The Royals' traveling party had 28 extra guests because they were invited to bring their dads or brothers on the trip.

"I really, really enjoy it -- a chance to come to Fenway. They went on a tour here, a private tour. I think they all enjoyed that," manager Ned Yost said. "It's just a phenomenal trip together being able to share three days like this."

Royals: RHP Jakob Junis (3-2, 3.34 ERA) hopes to rebound Tuesday from a miserable previous start when gave up a club-record tying five homers against the White Sox.