Cleveland come from behind for second straight night on Royals 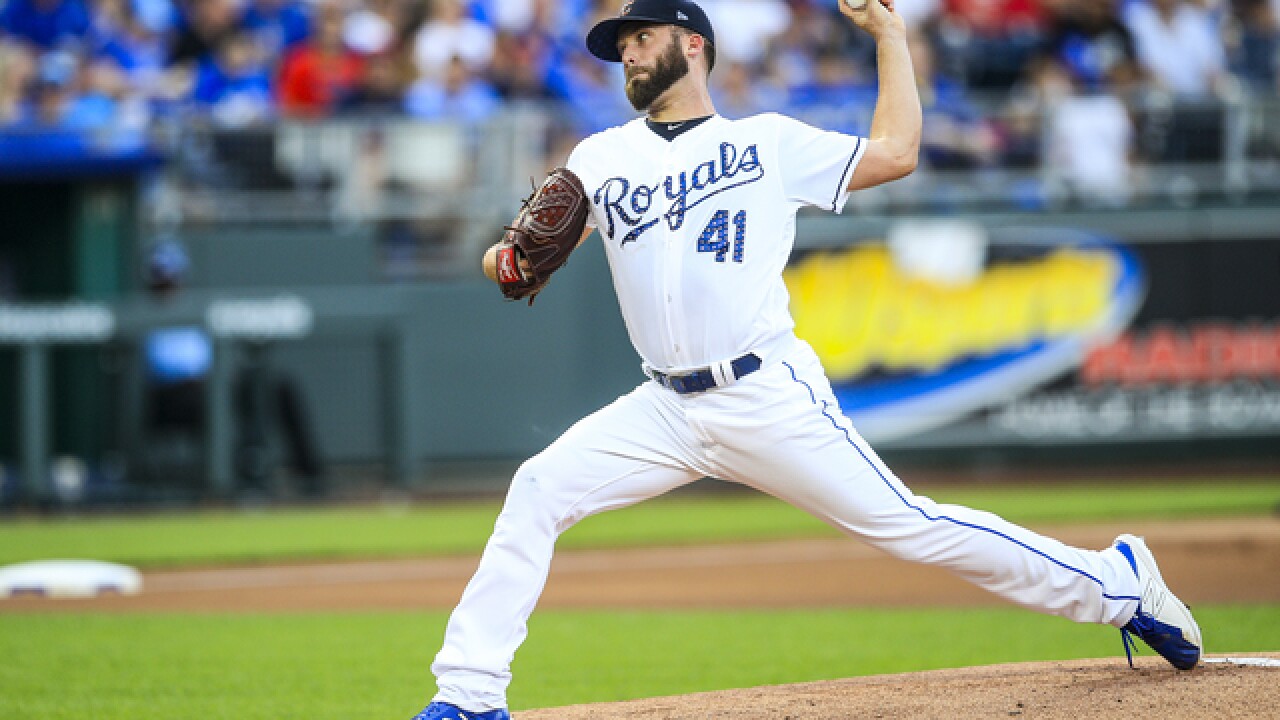 Copyright 2018 Scripps Media, Inc. All rights reserved. This material may not be published, broadcast, rewritten, or redistributed.
Brian Davidson
<p>KANSAS CITY, MO - JULY 03: Danny Duffy #41 of the Kansas City Royals pitches during the first inning against the Cleveland Indians at Kauffman Stadium on July 3, 2018 in Kansas City, Missouri. (Photo by Brian Davidson/Getty Images)</p>

Yan Gomes hit a grand slam in the sixth inning and the Cleveland Indians rallied to beat the Kansas City Royals 6-4 on Tuesday night.

The Indians lead the American League with eight grand slams and it was their second in two nights. Francisco Lindor hit a grand slam Monday.

Edwin Encarnacion led off the sixth with a walk and Brandon Guyer was hit by Danny Duffy's pitch. Yonder Alonso's infield single loaded the bases before Gomes drove Duffy's 1-0 pitch into the left-field bullpen.

Shane Bieber (4-0) allowed all the Kansas City runs in the first two innings, and remains undefeated in his first five big league starts.

Chad Allen got the final four outs for his 17th save in 18 chances. He stranded two runners in the ninth after a single and a walk.

Duffy (4-8) yielded six runs on eight hits, two walks and a hit batter. He is 0-3 against the Indians this season and has lost eight in a row against them dating to May 6, 2015.

It took Duffy 25 pitches to record an out with Lindor, Michael Brantley and Jose Ramirez opening the game with singles. Ramirez's single deflected off Duffy's glove to score Lindor. Alfonso's fly to center scored Brantley with the second run.

Lucas Duda homered with Rosell Herrera, who had three hits, on board to tie it in the bottom of the first.

The Royals forged ahead 4-2 in the second. Whit Merrifield singled home Adalberto Mondesi and scored on Herrera's two-out double.

The Royals lost for the 24th time in 29 games. They did manage 11 hits, ending a club record of 24 straight games without getting double-figure hits.

Indians: Recalled OF Greg Allen from Triple-A Columbus, where he was hitting .487 in a nine-game hitting streak at the time of the promotion. Allen hit .326 overall in 35 games with the Clippers.  He hit .204 in 34 games earlier this season with Cleveland. "It definitely helps to have gone through it before," Allen said. "That just comes with experience."

Indians: OF Lonnie Chisenhall (strained left calf) was placed on the disabled list. This is the second straight year he has been set back by calf injuries. He missed 50 games earlier this season with a left calf injury. He was out most of the second half of last year with a right calf injury.

Indians: RHP Trevor Bauer is 0-1 with a 3.55 ERA in two starts this season against the Royals.

Royals: Kennedy was penciled in as the probable starter before going on the DL. They have not announced a replacement.