Kansas City signs Chris Owings from Arizona, can play both infield and outfield 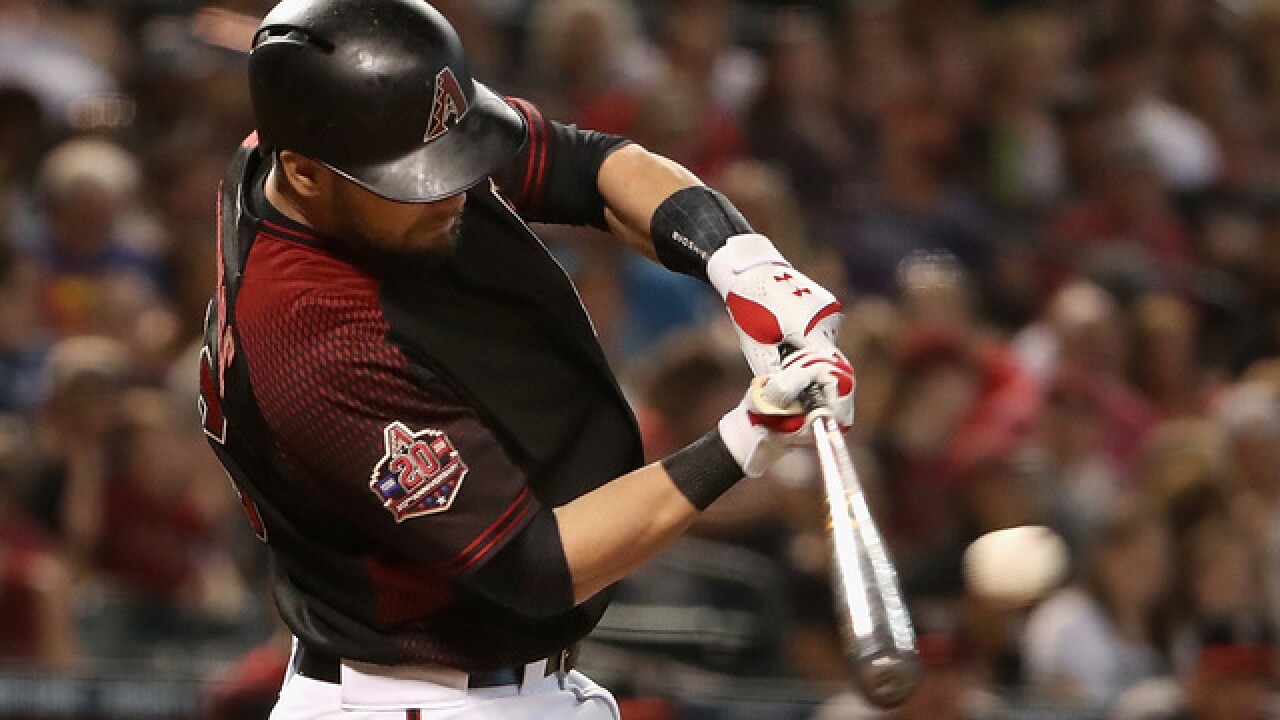 Copyright 2018 Scripps Media, Inc. All rights reserved. This material may not be published, broadcast, rewritten, or redistributed.
Christian Petersen
<p>PHOENIX, AZ - JULY 21: Chris Owings #16 of the Arizona Diamondbacks hits a RBI single against the Colorado Rockies during the fourth inning of the MLB game at Chase Field on July 21, 2018 in Phoenix, Arizona. (Photo by Christian Petersen/Getty Images)</p>

KANSAS CITY, Mo. — It may be the offseason but the Royals are adding to their roster, signing infielder/outfielder Chris Owings to a one-year deal.

The versatile fielder also has at least 10 steals in each of his last four seasons.