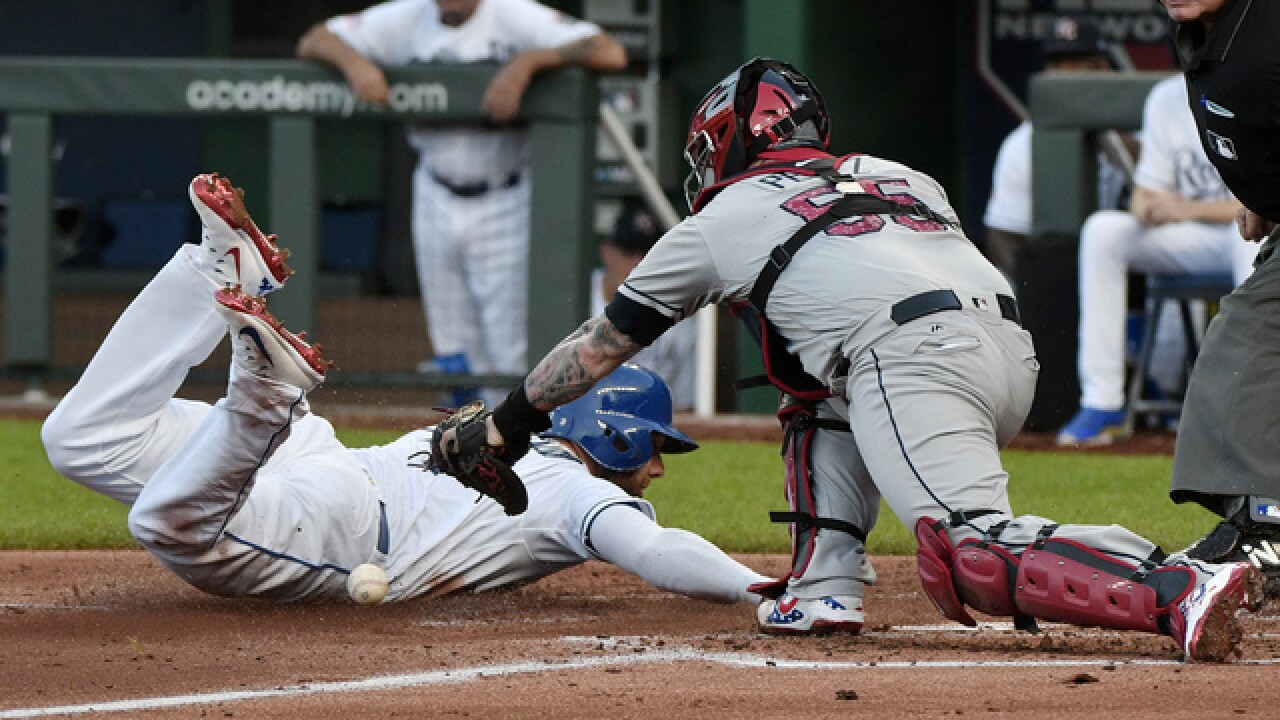 Trevor Bauer pitched effectively into the eighth inning and the Cleveland Indians beat the skidding Kansas City Royals 3-2 on Wednesday night for a three-game sweep.

Michael Brantley had an early RBI double and the Indians scored all their runs in the first three innings on only one hit. Bauer struck out eight and walked one over 7 2/3 innings.

The plummeting Royals have lost six straight and 18 of 21. They have scored four or fewer runs in 25 of their past 26 games and are barely ahead of Baltimore for the worst record in the majors.

After winning on grand slams by Francisco Lindor and Yan Gomes the previous two nights, the Indians managed only four hits -- two in the ninth inning.

Bauer (8-6) has struck out eight or more in eight consecutive starts. He allowed seven hits, six of them singles, and is 3-1 in his past four starts.

Cody Allen worked the ninth to earn up his 18th save in 19 chances.

The Indians manufactured a run without a hit in the second. Jason Kipnis and Tyler Naquin opened the inning with walks. Roberto Perez advanced both with a sacrifice bunt, and Greg Allen delivered a sacrifice fly.

Kansas City used a double steal to create a run in the second. Alex Gordon, who was hit by a pitch, and Hunter Dozier, who reached on an infield single, were at the corners with two outs. They pulled off a successful double steal with Gordon scoring. It was Dozier's first career steal.

The last Royals player to steal home was Alex Rios on July 20, 2015, against Pittsburgh, also as part of a double steal.

Royals starter Trevor Oaks (0-2), recalled from Triple-A Omaha to take Ian Kennedy's spot in the rotation, was removed after four innings and 73 pitches. He allowed three runs on two hits and four walks.

Oaks had a 0.62 ERA in his last seven Triple-A starts. Kennedy went on the disabled list with a strained left oblique.

Dozier made his first big league start at third base. Dozier played 401 games at third, starting 281, in the Royals' minor league system. He had started 35 games at first base, two in right field and two as the DH this season.

Indians: OF Brandon Guyer (bruised left knee) did not play after fouling a pitch off his leg in the ninth inning Tuesday. X-rays were negative. "He's got a bruise from the bone to the kneecap above his shin," manager Terry Francona said. . LHP Andrew Miller (right knee inflammation) is scheduled to throw a bullpen Thursday. . LHP Tyler Olson (shoulder strain) threw 17 pitches for Triple-A Columbus on a rehab assignment. He retired two batters, walked one, struck out one and did not allow a hit.

Royals: 3B Mike Moustakas (back spasms) was held out of the lineup for the second straight game. "It's not serious at all," manager Ned Yost said. "He came in today and still felt it a little bit. With an off day tomorrow, there's no sense in pushing it." . OF Bubba Starling (oblique strain) was sent to the rookie-level Arizona League to begin a rehab assignment. Starling, a 2011 first-round draft pick, has not played since May 10 with Triple-A Omaha.