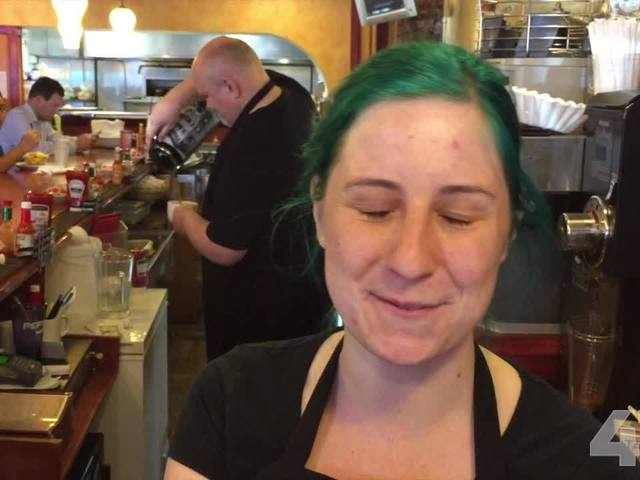 Baristas are known to make beautiful art on top of your coffee, and showing Royals spirit with her design is sending one to the World Series. See more at http://kshb.com/royals 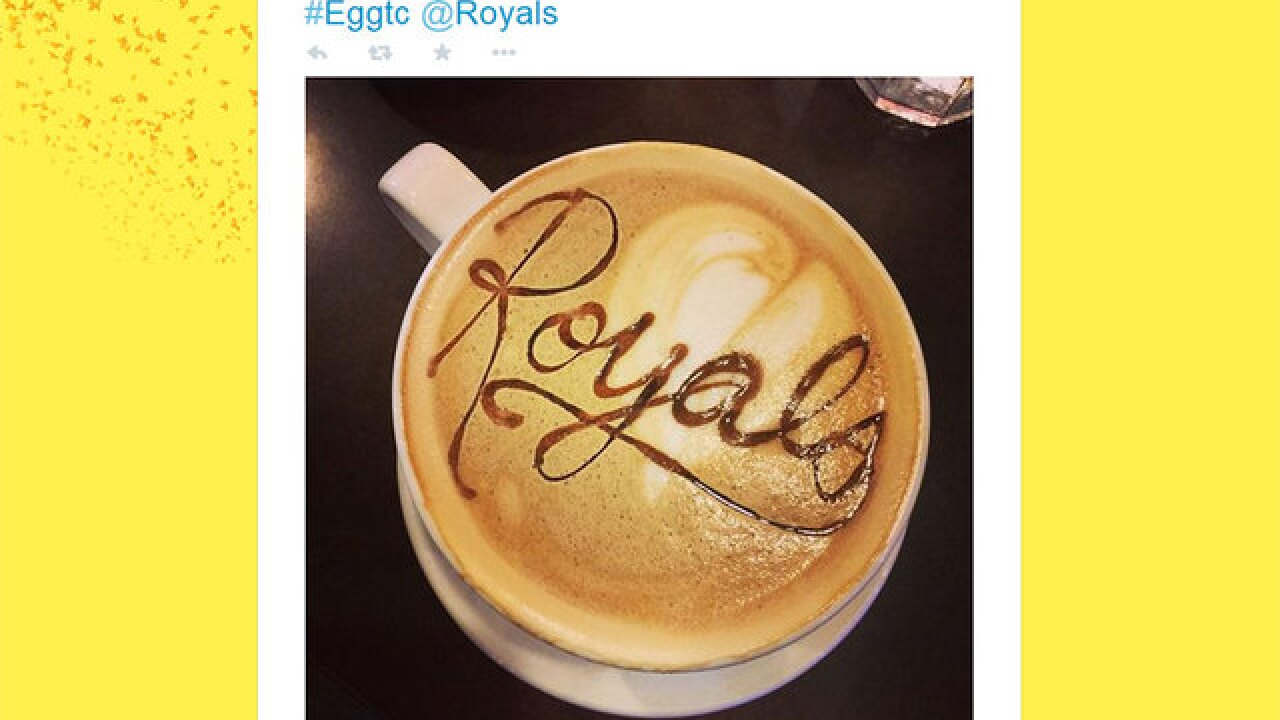 Katelyn Jamison's pride for the Kansas City Royals can be seen everyday in her work, as well as her blue hair.

Jamison, a barista at Eggtc. on the South Plaza, has been celebrating the home team's run through the playoff's by adding Royals crowns and logos to the top of diners' coffee drinks.

"I've done a couple of different ones, mostly I've been doing the 'Royals' in the script," she explained. "I've done some of the 'KC' and 'TakeTheCrown,' little crowns."

The breakfast spot is a favorite for many players and their families, including left fielder Josh Willingham and his wife Ginger, who stopped in Tuesday morning before Game 6.

"The Willingham's got one of my lattes a couple weeks ago, and they said they really liked it," Jamison told 41 Action News. "When I saw them come in today, I said, 'Please order a mocha, I want to make a special one for you today.'"

Jamison, who also studies at the Kansas City Art Institute, added her 'Royals' design, along with a "#7," Willingham's jersey number.

She said she was just happy that the couple liked it, not expecting them to give her tickets to Game 6 of the World Series.

"I was so surprised when she gave me those tickets. I am so excited!" Jamison explained.

Jamison had only been able to get to one Royals game at Kauffman Stadium so far this season, but is positive for Game 6.

"It was a win that time, so I've got a good feeling for tonight.," she said.

In addition to Jamison's Major League fans, many others have began sharing her java art on social media, using the hashtag #KatelynIsFamous.

A photo posted by Derek Combs (@iisbiendabes) on

A photo posted by Alexis Andrea (@alexis___andrea) on

A photo posted by @lil_magss on