Royals lose in dramatic fashion for the second night in a row, 2-1 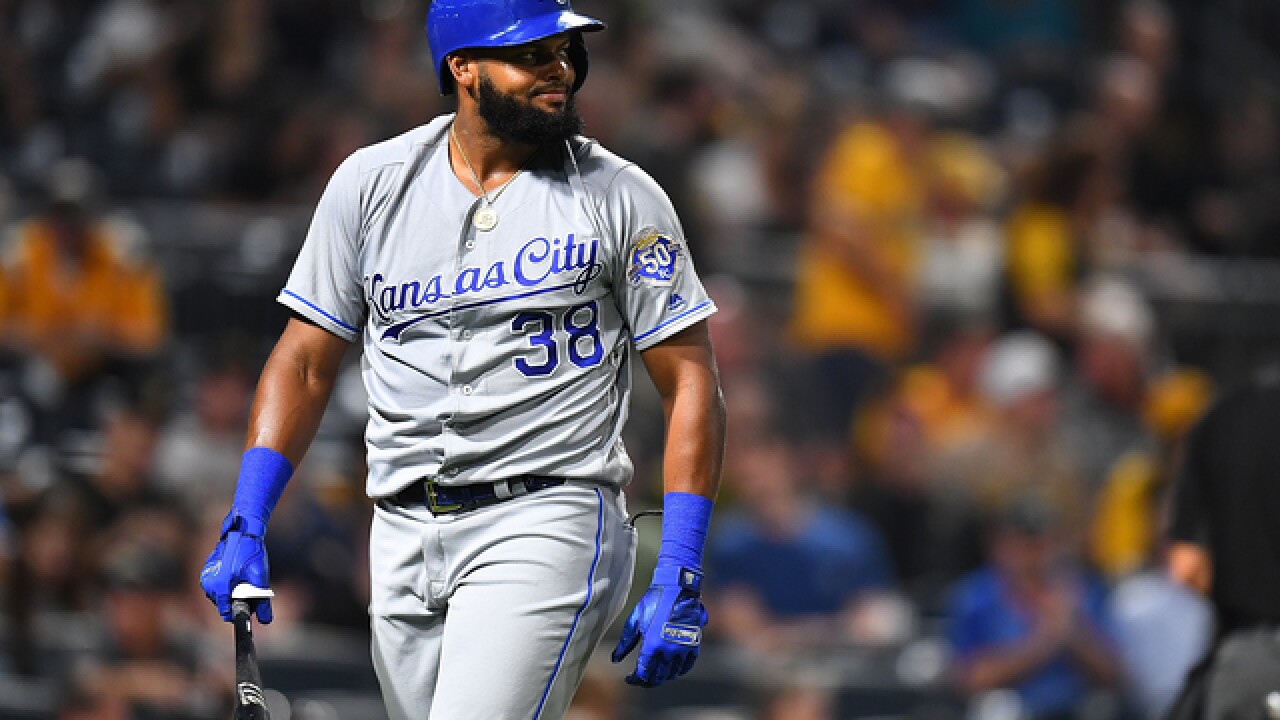 Copyright 2018 Scripps Media, Inc. All rights reserved. This material may not be published, broadcast, rewritten, or redistributed.
Joe Sargent
<p>PITTSBURGH, PA - SEPTEMBER 18: Jorge Bonifacio #38 of the Kansas City Royals reacts after striking out during the seventh inning against the Pittsburgh Pirates at PNC Park on September 18, 2018 in Pittsburgh, Pennsylvania. (Photo by Joe Sargent/Getty Images)</p>

Pinch-hitter Ryan Lavarnway drove in the winning run with a single in the 11th inning, Jameson Taillon struck out a career-high 11 and the Pittsburgh Pirates beat the Kansas City Royals 2-1 on Tuesday night.

It was just the second at-bat of the season for the 30-year-old Lavarnway, the Pirates' fourth-string catcher. He hit .288 in 77 games in with Triple-A Indianapolis. Lavarnway has played 142 career games with five teams.

Starling Marte led off the 11th with an infield single off Burch Smith (1-6). Josh Bell walked and Burch struck out Francisco Cervelli before Adam Frazier was intentionally walked to load the bases, setting up Lavarnway's walk-off hit to shallow center.

Pinch-hitter Hunter Dozier tied the game in the ninth with a double off Pirates closer Felipe Vazquez that scored Jorge Bonifacio. Left fielder Corey Dickerson threw to shortstop Jordy Mercer, who relayed home to throw out Salvador Perez and preserve the tie.

Vazquez had not blown a save since May 31, a string of 24 consecutive opportunities converted.

Colin Moran had a pinch-hit home run with two outs in the seventh inning, his 10th homer this season.

It looked like the Royals might get to Taillon in the top of the seventh. With runners on second and third, Brian Goodwin hit a flyball to right fielder Pablo Reyes, who threw out Ryan O'Hearn at the plate.

Eric Skoglund allowed three hits and struck out two in six innings, his first start this season in which he did not allow a run.

The Pirates improved to 14-5 in interleague play, the second-best record in the majors behind the Boston Red Sox.

TRAINER'S ROOM
Pirates: Frazier did not start but said he was "fine" after fouling a ball off his right knee and leaving Monday's game with discomfort. He grounded into a fielder's choice in the ninth and remained in the game in left field. ... C Elias Diaz (hamstring) made his first appearance since Aug. 31. He walked as a pinch-hitter in the ninth.

Royals: Perez was a late scratch with a recurrence of a nagging left thumb injury. He singled in the ninth. ... RHP Jorge Lopez (bruised rib) has still not thrown a between-starts bullpen session. His next turn in the rotation is Thursday against Detroit. The team has not announced a probable pitcher.

UP NEXT
Royals: Heath Fillmyer (3-1, 4.76 ERA) is scheduled to start the series finale Wednesday. The rookie allowed 10 runs over his previous two starts.
Pirates: Chris Archer (4-8, 4.66 ERA) has lost three straight decisions and is 1-4 with a 5.19 ERA since returning from an abdominal injury in early July.