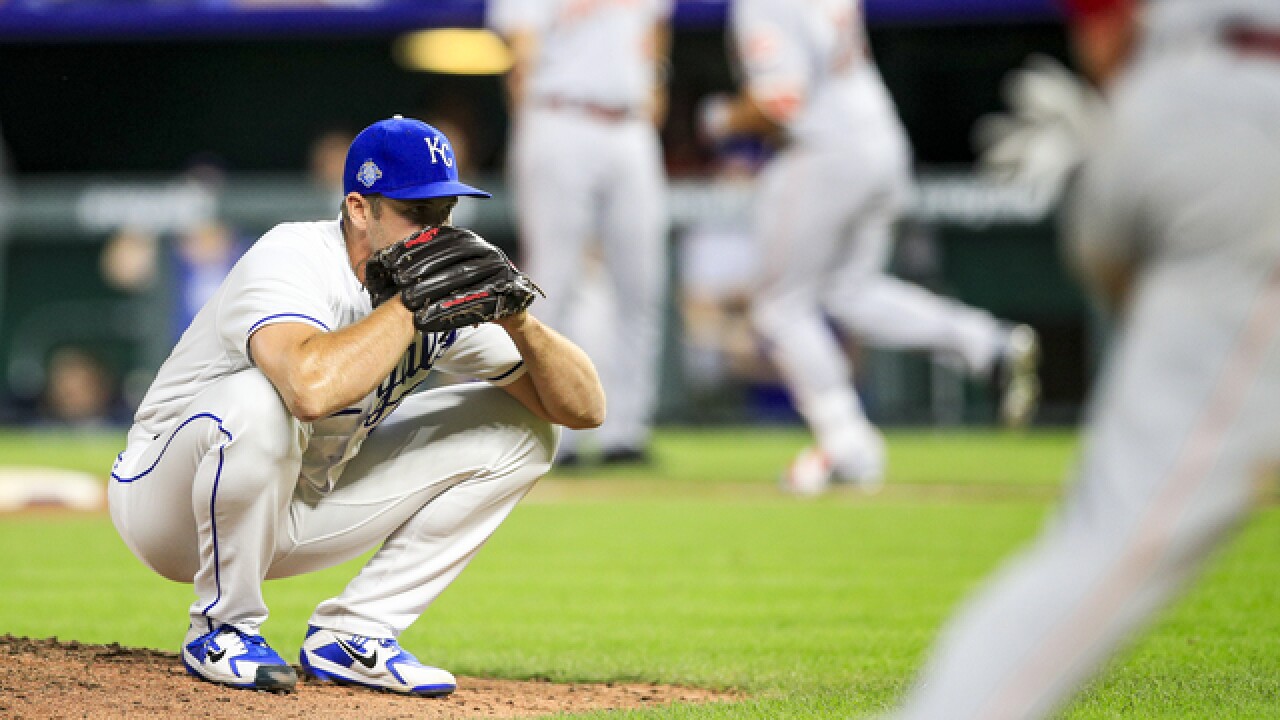 The Royals announced Wednesday that right-hander Jason Adam had been recalled from Class AAA Omaha.

He will take right-hander Justin Grimm’s place on the 25-man roster after Grimm was placed on the 10-day disabled list with right shoulder impingement syndrome retroactive to June 24.

Adam, 26, is a Blue Valley Northwest graduate. He made his major league debut May 5 after missing parts of three seasons with arm injuries.

With Omaha, Adam allowed two earned runs in two innings since the demotion.

Grimm will be eligible for reinstatement on July 4.