Royals score more than five runs for the first time in over a month, bury Twins 9-4 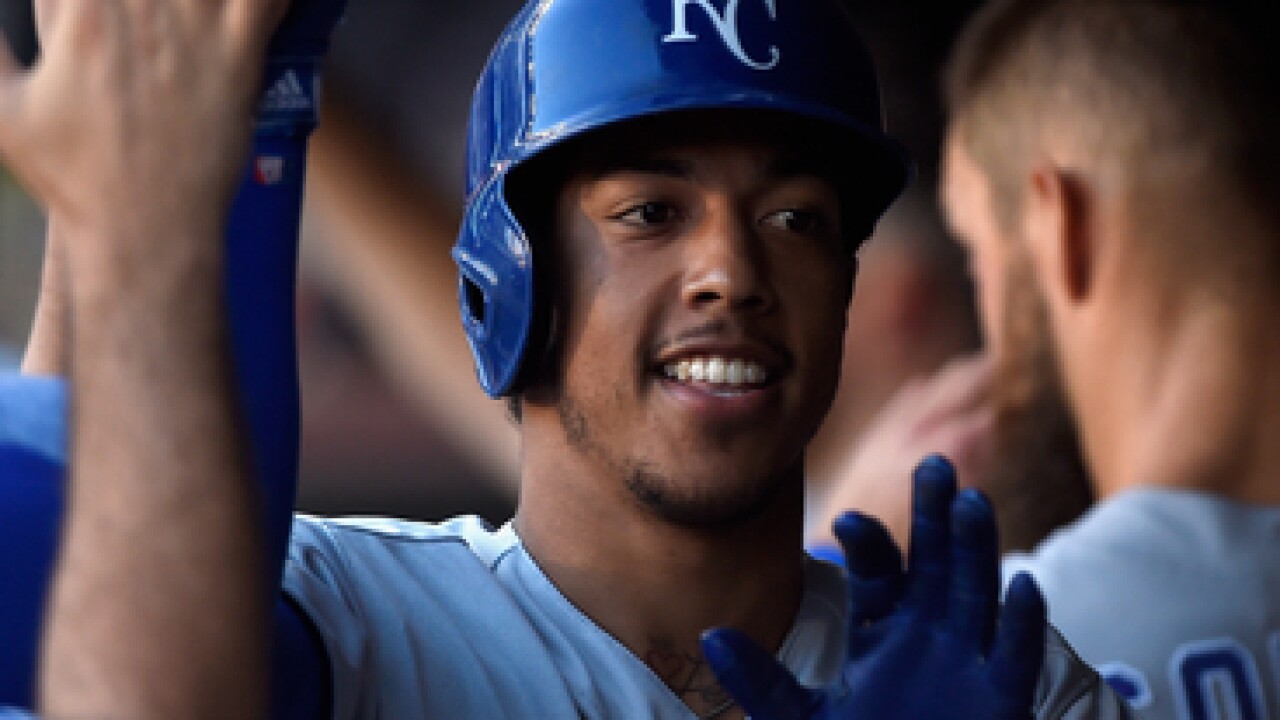 Copyright 2018 Scripps Media, Inc. All rights reserved. This material may not be published, broadcast, rewritten, or redistributed.
Hannah Foslien
<p>MINNEAPOLIS, MN - JULY 10: Adalberto Mondesi #27 of the Kansas City Royals celebrates a three-run home run against the Minnesota Twins during the second inning of the game on July 10, 2018 at Target Field in Minneapolis, Minnesota. (Photo by Hannah Foslien/Getty Images)</p>

Adalberto Mondesi had a three-run homer and a career-high four RBIs, and the Kansas City Royals snapped a 10-game skid with a 9-4 win over the Minnesota Twins on Tuesday night.

The Royals scored more than five runs for the first time since June 4 and improved to 26-65 overall, percentage points ahead of Baltimore to avoid owning baseball's worst record.

Mondesi went deep in the second inning and added an RBI single in the sixth. The middle infielder entered with just six RBIs in 17 games this year.

Royals right-hander Ian Kennedy made his first start since landing on the disabled list with a strained left oblique. He pitched just three innings after experiencing a recurrence of left side tightness.

Kennedy was looking for his first win since April 7 but failed to qualify. The right-hander gave up two runs and five hits while striking out three. He has gone 16 starts since his last victory.

Brian Flynn (1-1) allowed one hit in four innings of relief to pick up the win.

Twins starter Aaron Slegers (1-1) allowed five runs and got just four outs in his second start of the year.

Brian Dozier drove in the game's first run for Minnesota with a solo homer in the first. Eduardo Escobar plated the Twins' second run with a single in the third.

Becca Kufrin, star of ABC's "The Bachelorette," threw out the first pitch before Tuesday's game. Kufrin, a Minnesota native, was at Target Field to help the Twins promote Eddie Rosario's campaign for the MLB All-Star Game's Final Vote.

Rosario is one of five AL finalists for the Final Vote spot, and the Twins have taken a page from the popular TV show by using the slogan "Accept This Rosie." He caught the first pitch from Kufrin and offered her a rose.

Twins: RHP Ervin Santana (60-day DL, finger surgery) started Tuesday for Double-A Chattanooga as part of his rehab assignment. He allowed two runs on two hits and struck out six in five innings. Santana is expected to be moved up to Triple-A Rochester for his next rehab start Sunday.

Royals: RHP Burch Smith (0-0, 5.40 ERA) will be making his first start of the season after appearing in 24 games as a reliever. It will be the first major league start for Smith since 2013 with San Diego.

Twins: RHP Lance Lynn (6-7, 5.21) is coming off a start in which he allowed just one run in six innings against Baltimore. Lynn earned the victory in his first meeting against the Royals this year, holding Kansas City to two runs in eight innings back on May 28.