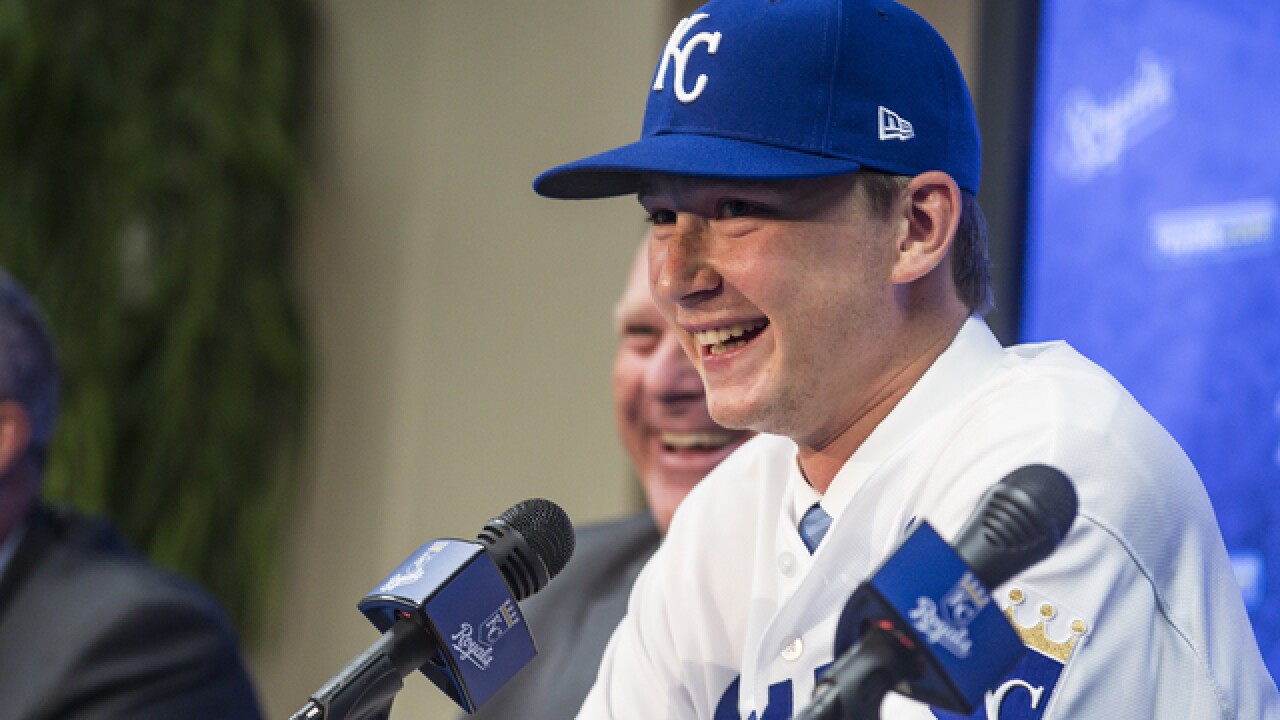 Copyright 2018 Scripps Media, Inc. All rights reserved. This material may not be published, broadcast, rewritten, or redistributed.
Brian Davidson
<p>KANSAS CITY, MO - JULY 03: The 2018 Kansas City Royals first-round pick pitcher Brady Singer smiles during a press conference before the game between the Cleveland Indians and the Kansas City Royals at Kauffman Stadium on July 3, 2018 in Kansas City, Missouri. (Photo by Brian Davidson/Getty Images)</p>

The Kansas City Royals announced today that they have agreed to terms with right-handed pitcher Brady Singer, the club’s first-round selection (18th overall) in the 2018 First-Year Player Draft.  Per club policy, terms of the deal were not disclosed.

Singer, 21, was named the 2018 Dick Howser Trophy recipient (top player in college baseball) as well as Baseball America College Player of the Year this season, going 12-3 with a 2.55 ERA (32 ER in 113.0 IP) with 114 strikeouts during his junior season at the University of Florida.  The righty was also one of four finalists for the Golden Spikes Award and was named Southeastern Conference (SEC) Pitcher of the Year.  He recorded 7.0 innings or more in 11 of his 17 starts, including his first career shutout on May 4 at Texas A&M.  Singer completed his college career with a 23-10 record, a 3.22 ERA (101 ER in 282.2 IP) and 281 strikeouts.  He was also named All-SEC Second Team, College World Series All-Tournament Team and SEC Academic Honor Roll in 2017, helping the Gators win their first National Championship in baseball.  He was originally selected by Toronto in the second round (56th overall) of the 2015 Draft out of Eustis High School (Fla.), but did not sign.

Following Singer’s signing, the Royals have now inked 32 of their 43 selections from the 2018 Draft, including 16 of their first 17.  A complete list of Kansas City’s selections is included.