Royals to screen "The Sandlot" to celebrate film's 25th anniversary 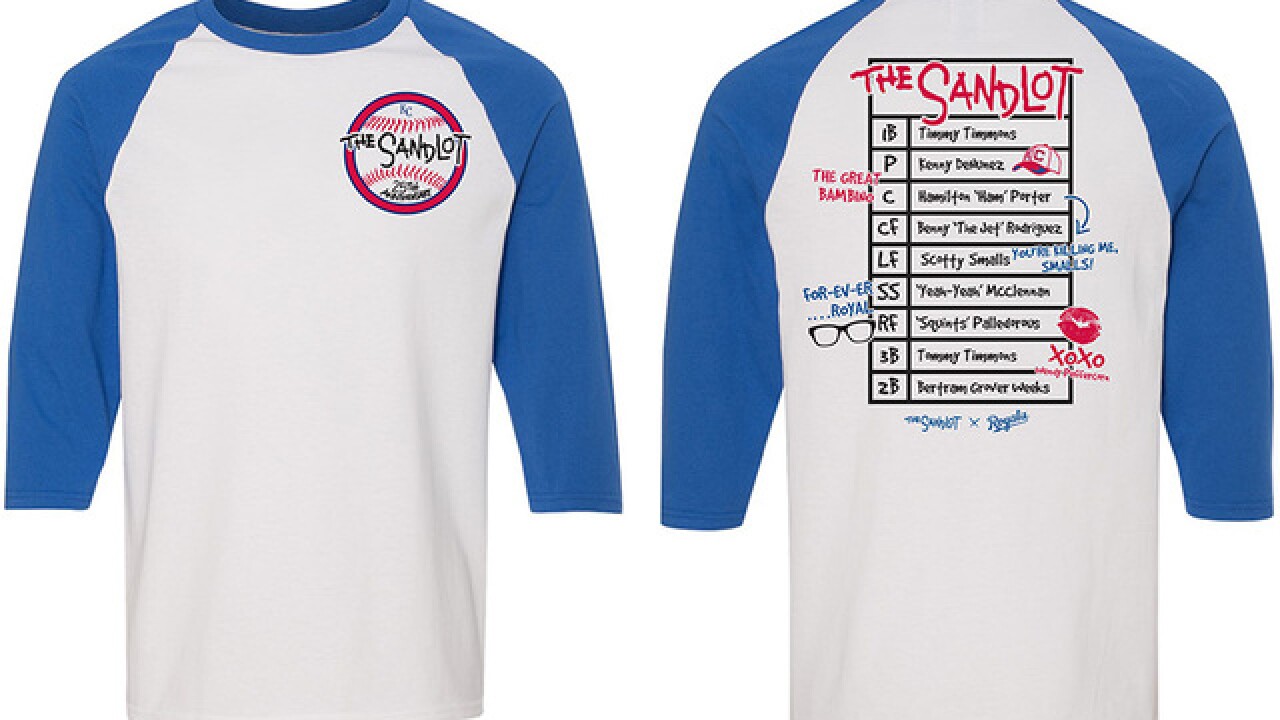 The Kansas City Royals announced Wednesday they will show “The Sandlot” at Kauffman Stadium following the scheduled 1:15 p.m. game against Oakland.

Fans can purchase two types of ticket packages that allow them to stay in their seats after the game for the movie.

The first, called the Theme Ticket T-Shirt Package, gets fans a ticket to the game, a Sandlot-themed T-shirt and a donation to the Boys & Girls Club of Greater Kansas City.

If you don’t purchase either, but still want to stay for the movie, you can. The Royals said anyone without a theme ticket who wants to stay will be taken to sections 109-115, where some concession stands will still be open.

The Royals said the screening is part of the MLB’s partnership with Twentieth Century Fox Home Entertainment to celebrate the film’s 25th anniversary. Other celebrations, events, and screenings will be happening at ballparks nationwide.

Tickets can be purchased at royals.com.