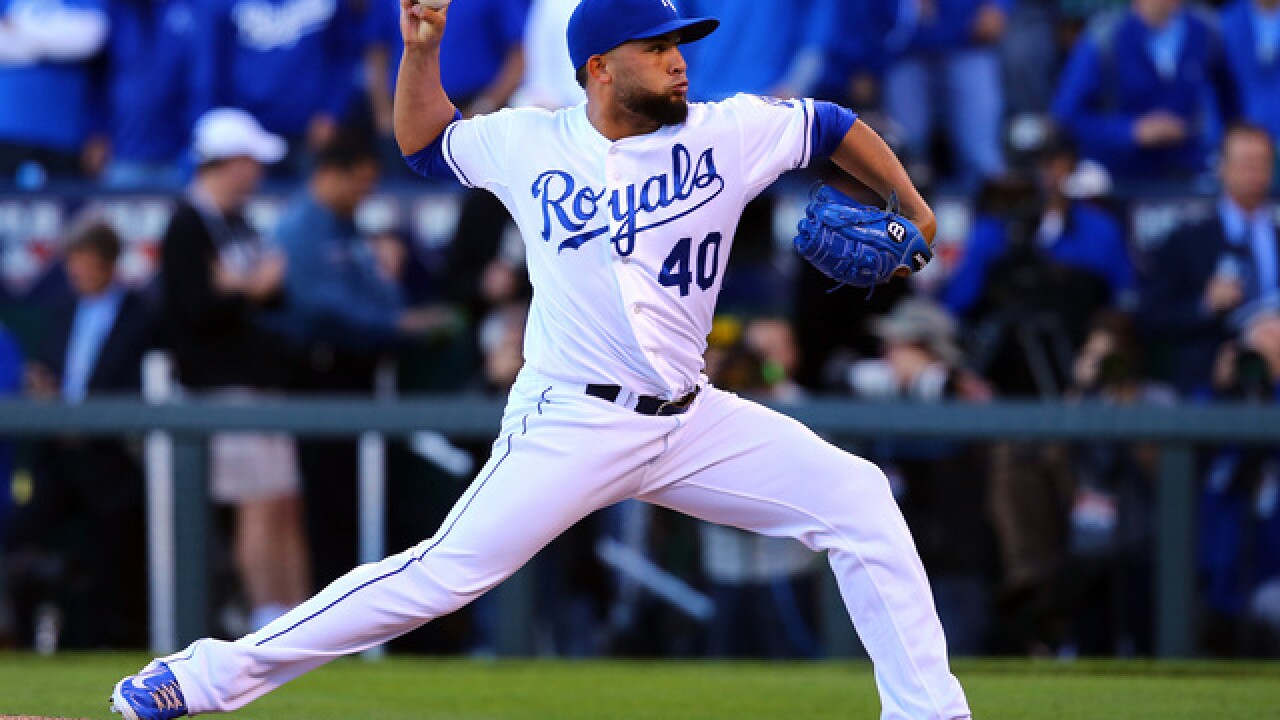 Copyright 2018 Scripps Media, Inc. All rights reserved. This material may not be published, broadcast, rewritten, or redistributed.
Dilip Vishwanat
<p>KANSAS CITY, MO - OCTOBER 15: Kelvin Herrera #40 of the Kansas City Royals throws a pitch in the sixth inning against the Baltimore Orioles during Game Four of the American League Championship Series at Kauffman Stadium on October 15, 2014 in Kansas City, Missouri. (Photo by Dilip Vishwanat/Getty Images)</p>

KANSAS CITY, Mo. — The Kansas City Royals announced Monday that they have traded Kelvin Herrera to the Washington Nationals.

Gutierrez will be optioned to Northwest Arkansas (AA), Perkins will be assigned to Wilmington (A) and Morel will join the Surprise Royals (Rookie).

He said he did not expect the trade.

"I just want to say thanks to the all the fans for all the support. Thanks to the Kansas City Royals for the opportunity they gave to me to achieve my dream. That was huge," Herrera said.

The dream included winning a World Series. Herrera was part of the bullpen which helped the Royals win it all in 2015. He's been a part of the Royals organization since 2006. It's the only team he's ever played for.

Over the years, Herrera built bonds with the manager and teammates. Catcher Salvador Perez said talking with Herrera after news spread was like saying goodbye to a brother.

"We talked a little bit, two minutes, or five minutes. I didn't want to stay there for a long time because he made me cry," Perez admitted.

Manager Ned Yost agreed saying goodbye is hard, but he said this trade gives Herrera the chance to play on a winning team right away. The Royals currently have the second-worst record in MLB.

"I've seen him throw every pitch he's ever thrown in the big leagues. I've seen him come up from being a rookie, to be a part of one of the best bullpens in recent history. I've watched him become an All-Star and world champion," Yost said.