Two for one; Royals sign Jon Jay who will likely play center and hit leadoff 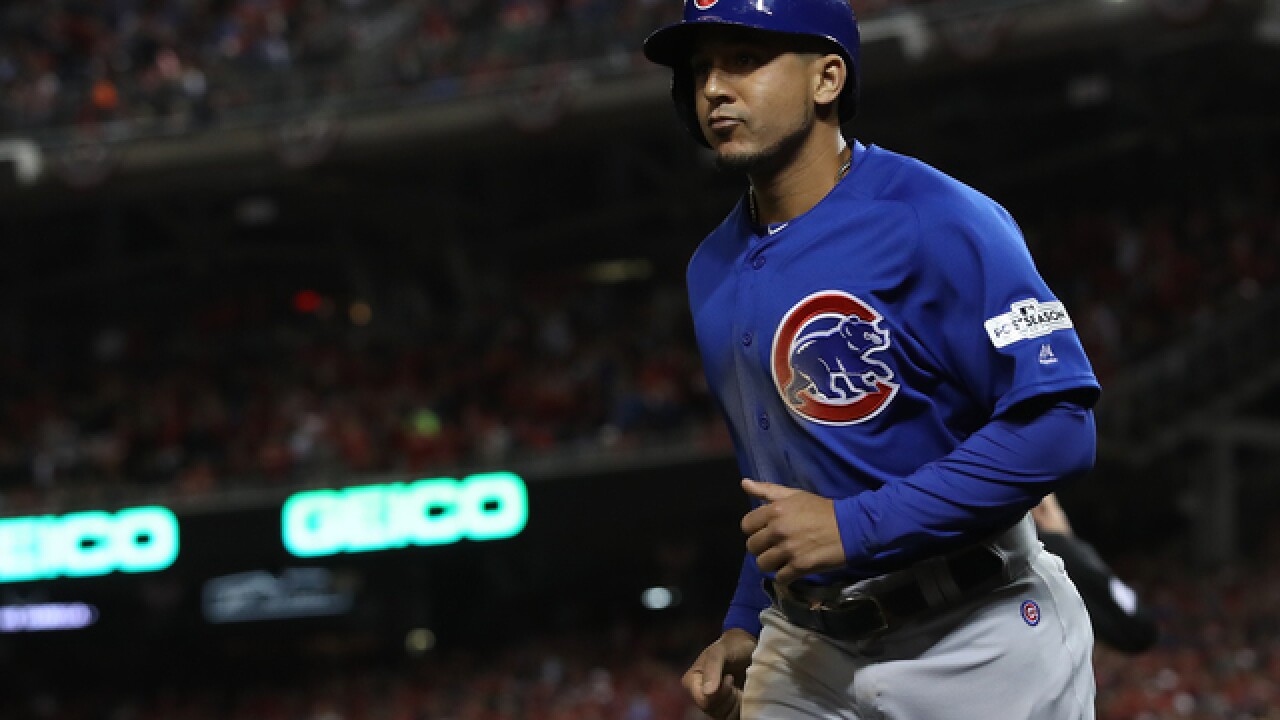 Copyright 2018 Scripps Media, Inc. All rights reserved. This material may not be published, broadcast, rewritten, or redistributed.
Win McNamee
<p>WASHINGTON, DC - OCTOBER 12: Jon Jay #30 of the Chicago Cubs walks back to the dugout after scoring against the Chicago Cubs during the first inning in game five of the National League Division Series at Nationals Park on October 12, 2017 in Washington, DC. (Photo by Win McNamee/Getty Images)</p>

The Kansas City Royals announced today that they have signed outfielder Jon Jay to a one-year free agent contract for the 2018 season.  Jay will wear uniform #25.  In a corresponding roster move, the Royals have placed right-handed pitcher Jesse Hahn on the 60-day disabled list (right ulnar collateral ligament sprain).  Hahn will be eligible for reinstatement on May 28.