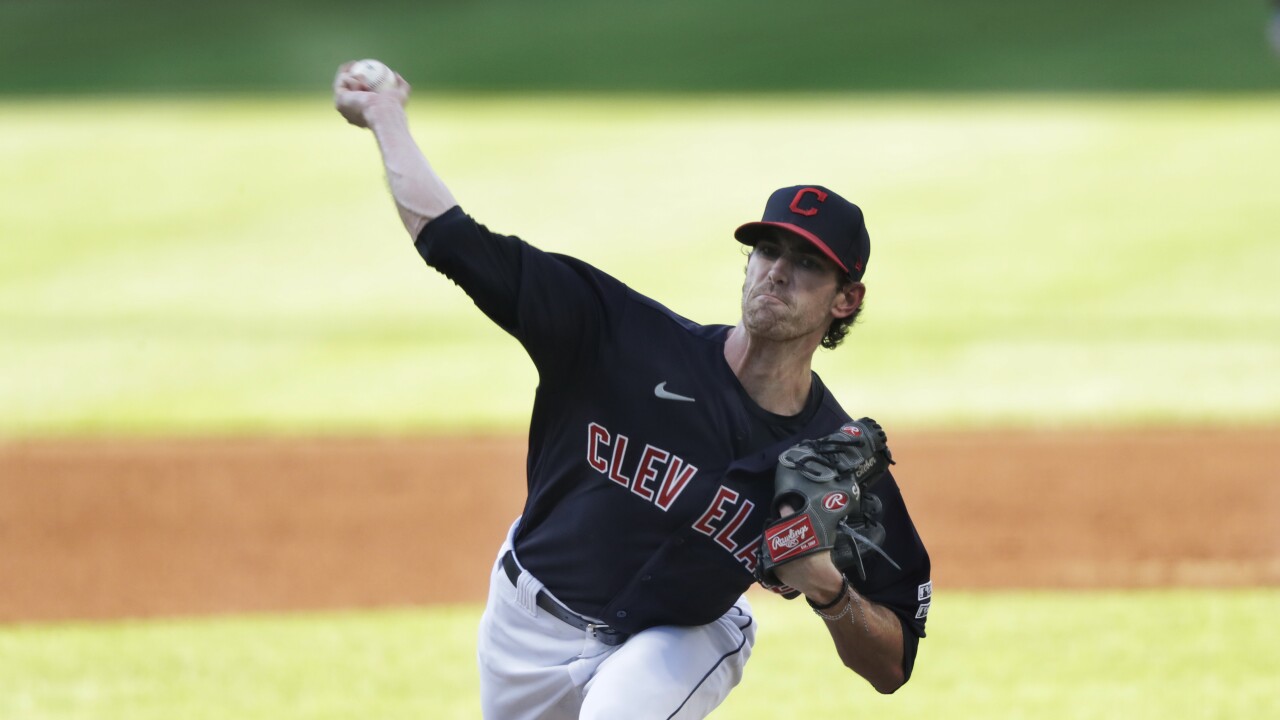 (Copyright 2020 The Associated Press. All rights reserved. This material may not be published, broadcast, rewritten or redistributed.)
Tony Dejak/AP
Cleveland Indians starting pitcher Shane Bieber delivers in the first inning in a baseball game against the Kansas City Royals, Friday, July 24, 2020, in Cleveland.

Bieber has become Cleveland's ace in no time. The 25-year-old began last season as the club's No. 5 stater but appears ready to take over as the staff leader after two-time Cy Young winner Corey Kluber was traded last winter.

Oscar Mercado and César Hernández drove in runs for the Indians.

Cleveland's players wore their blue road jerseys to make a statement for minorities as the Indians consider changing their name after 105 years.

Right-hander Tyler Zuber made his big league debut. He pitched two scoreless innings, the seventh and eighth, working around a walk with no hits allowed.