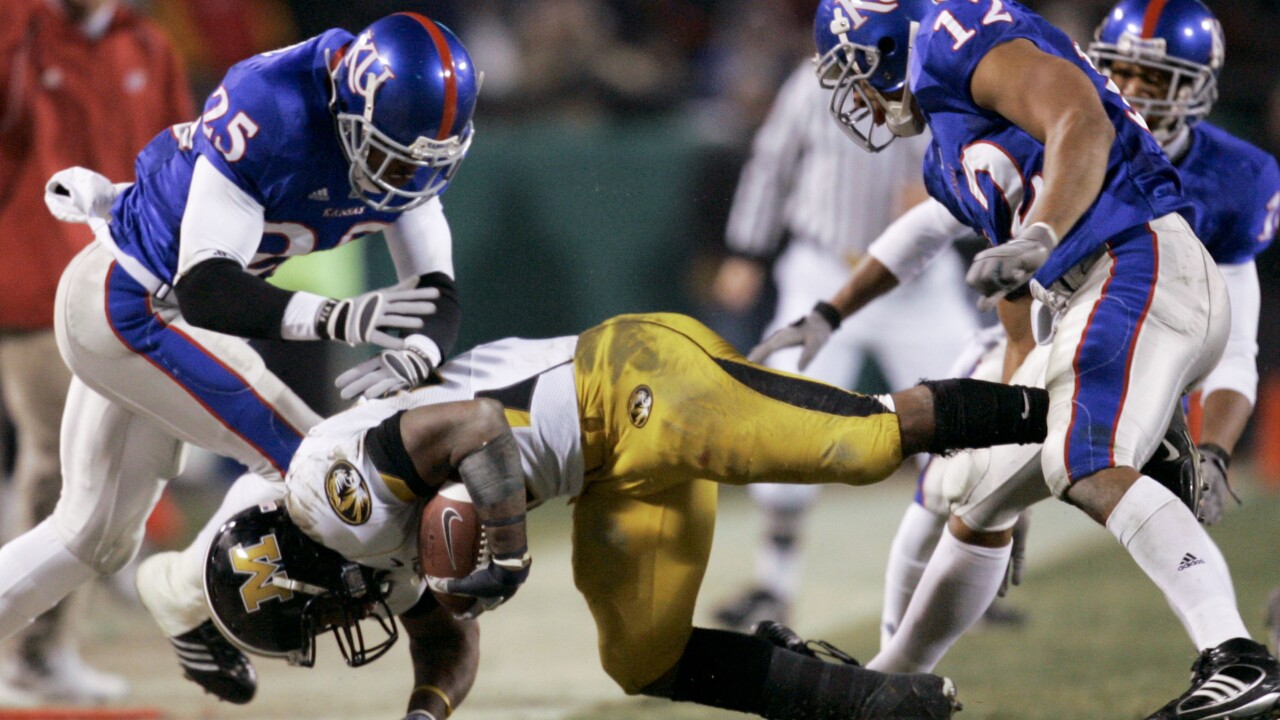 Charlie Riedel/ASSOCIATED PRESS
Missouri running back Tony Temple goes down under pressure of Kansas Darrell Stuckey (25) and James Holt (12)after as Temple made a 17 yard gain for a first down in the second quarter of the football game known as the Border Showdown between Missouri and Kansas on Saturday, Nov. 24, 2007, in Kansas City, Mo. Missouri defeated Kansas 36-28. (AP Photo/Charlie Riedel)

KANSAS CITY, Mo. — Beginning in 2025, the Border Showdown between Kansas and Missouri football will be renewed for a four-game series.

The first game of the series will be on September 6, 2025 in Columbia, Missouri. This will be the first meeting between the two teams since 2011.

The Border Showdown rivalry is currently the fourth-longest in the FBS, dating back to 1891. Missouri holds a series advantage at 56-55-9.