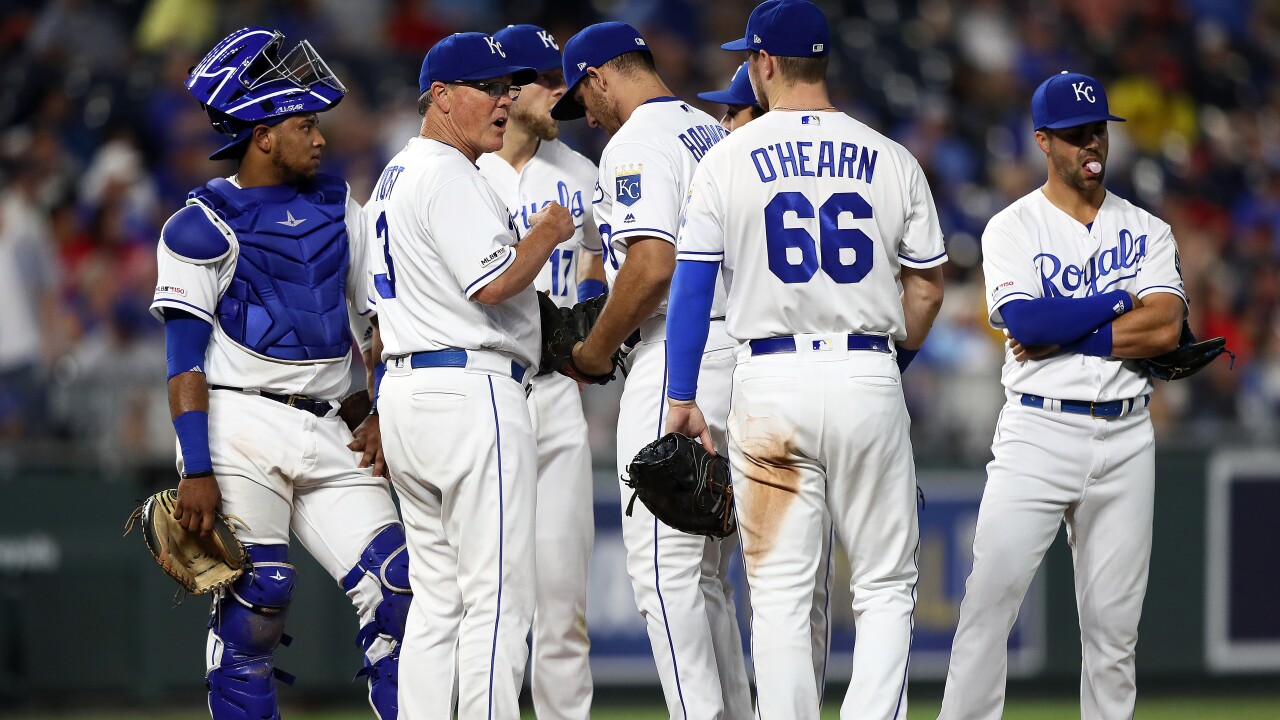 With their playoff seed secure and nothing on the line, the Braves sent reliever Josh Tomlin to the mound for his first start of the season. Luke Jackson (9-2) was among six relievers to go the rest of the way, helping the Braves snap a four-game skid to the Royals.

Ozzie Albies, Nick Markakis and Adam Duvall also drove in runs for the Braves, who get the day off Thursday before heading to New York to wrap up the regular season with three games against the Mets.

They'll host Game 1 of the divisional round Oct. 3 against the NL Central champion.

Meibrys Viloria and Nicky Lopez drove in the only runs for the Royals, who lost their 101st game as they close out manager Ned Yost's career in the dugout. Yost announced Monday that he was retiring at the end of the season, which means he has just three games left against Minnesota.

Royals starter Mike Montgomery retired 10 of 11 batters beginning in the second inning before trouble struck in the fifth. The left-hander walked Albies, Donaldson followed with an RBI double, and Markakis delivered a run-scoring single to knot the game 2-all.

Jacob Barnes (1-4) and Heath Fillmyer were even less effective for Kansas City, coughing up the lead in the sixth by allowing three runs on three hits, two walks and a sacrifice fly.

The Braves tacked on four more runs in the eighth and another in the ninth.

INF Erick Mejia, who hit .271 with 63 RBIs, and RHP Andres Machado, who had a 2.89 ERA out of the bullpen, were the Royals' minor league players of the year from Triple-A Omaha. Other award winners were OF Khalil Lee and RHP Brady Singer at Double-A Northwest Arkansas, OF Brewer Hicklen and LHP Chris Bubic at Class A Wilmington and INF Jeison Guzman and RHP Jon Heasley at Class A Lexington.

Braves OF Ronald Acuna Jr. (left hip tightness) will sit the rest of the regular season, manager Brian Snitker said, after he left Tuesday night's game after two innings. Acuna leads the Braves with 41 homers and is three steals shy of 40. "He could probably go with some risk," Snitker said.

Royals SS Adalberto Mondesi will have surgery to repair the left shoulder he hurt over the weekend, though the club hopes he will be ready by opening day next season. Mondesi hit .263 with nine homers and 62 RBIs to go with 20 doubles, 10 triples and 43 stolen bases. But he was limited to just 102 games after sustaining a subluxation to his shoulder in July, then hurting it again Sunday against Minnesota.

The Braves and Royals have Thursday off before wrapping up the regular season. Mike Foltynewicz (8-5, 4.46 ERA) leads things off for Atlanta against the Mets on Friday night, and Eric Skoglund (0-2, 7.50) gets the nod for Kansas City against the Twins.