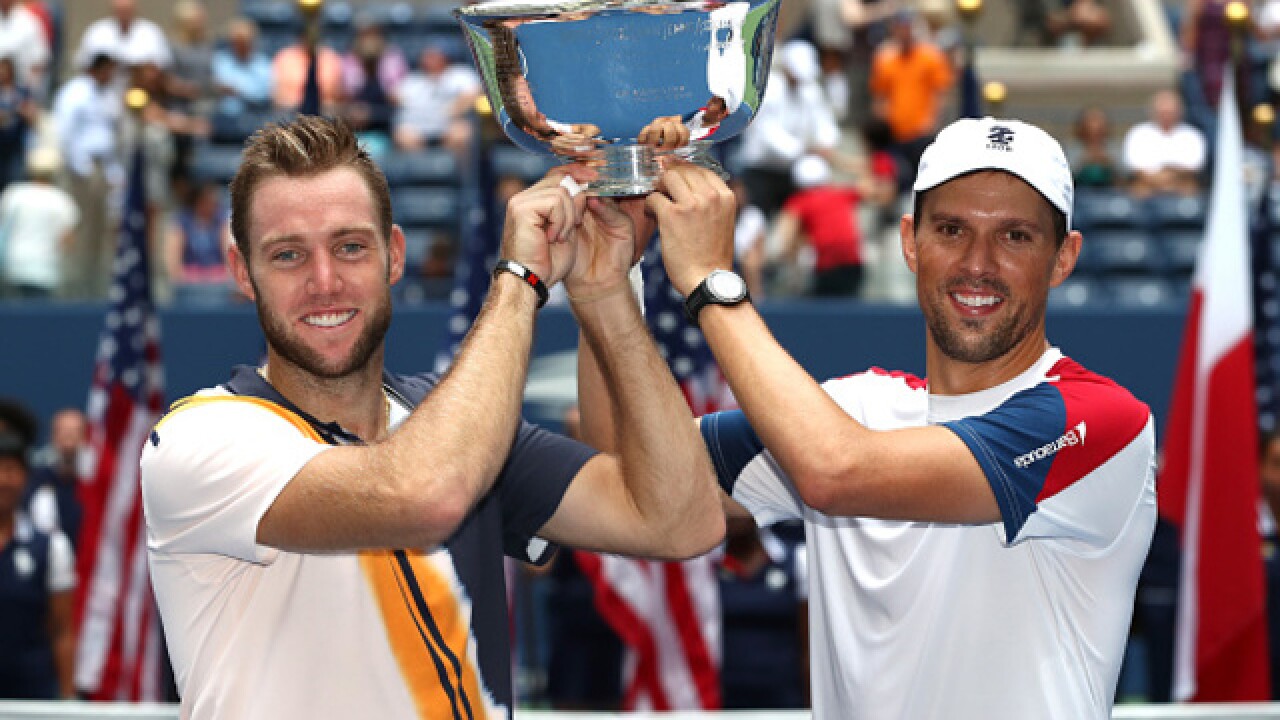 Copyright 2018 Scripps Media, Inc. All rights reserved. This material may not be published, broadcast, rewritten, or redistributed.
Al Bello
<p>NEW YORK, NY - SEPTEMBER 07: Jack Sock and Mike Bryan of The United States celebrate victory with the winners trophy following the men's doubles final against Lukasz Kubot of Poland and Marcelo Melo of Brazil on Day Twelve of the 2018 US Open at the USTA Billie Jean King National Tennis Center on September 7, 2018 in the Flushing neighborhood of the Queens borough of New York City. (Photo by Al Bello/Getty Images)</p>

Bryan won his first 16 majors with twin brother Bob, who then was sidelined with a hip injury. So Mike paired with Sock and they won Wimbledon in just their second event together.

Mike Bryan broke a tie for most major doubles titles with John Newcombe, and at 40 years, 4 months became the oldest Grand Slam doubles champion in the professional era. Six of his titles, also a record, have come at the U.S. Open.

Bryan and Sock, seeded third, are the first team to win consecutive Grand Slam doubles titles since Mike and Bob won four in a row from 2012-13. They are the first pair to win Wimbledon and the U.S. Open in the same year since Jonas Bjorkman and Todd Woodbridge in 2003.

Kubot and Melo, seeded seventh, were trying to win their second major together, having won Wimbledon in 2017.