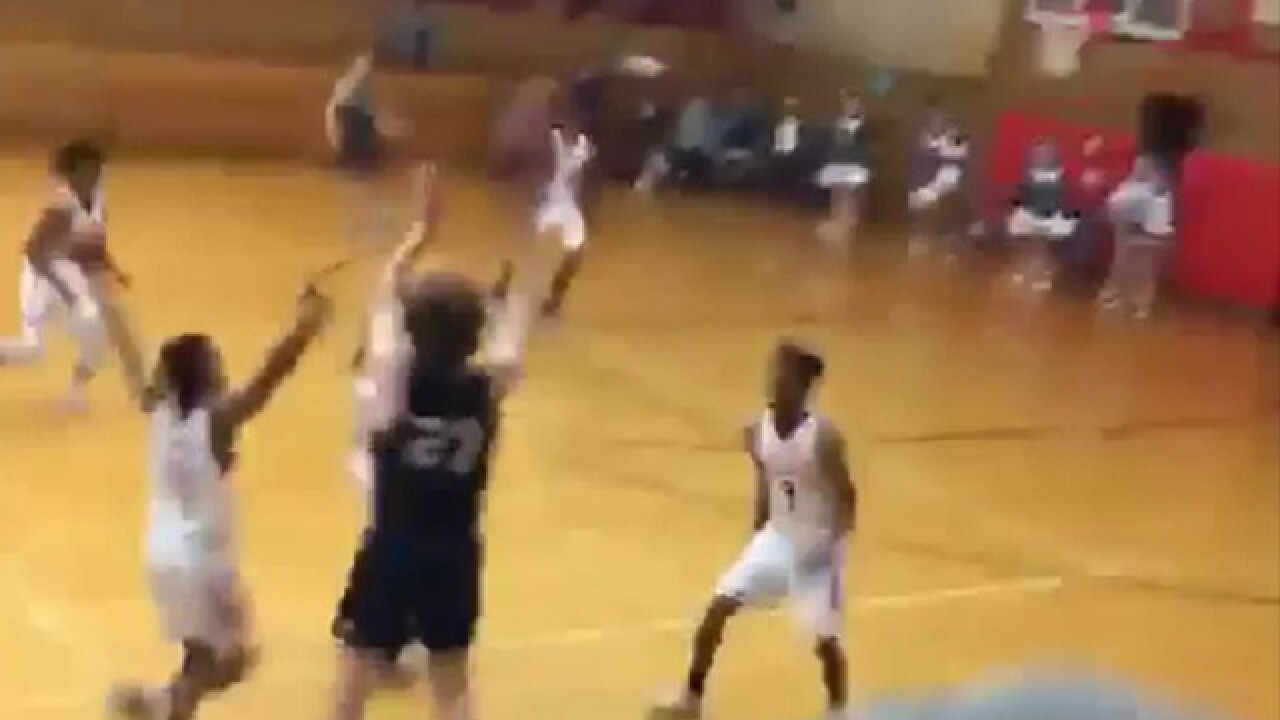 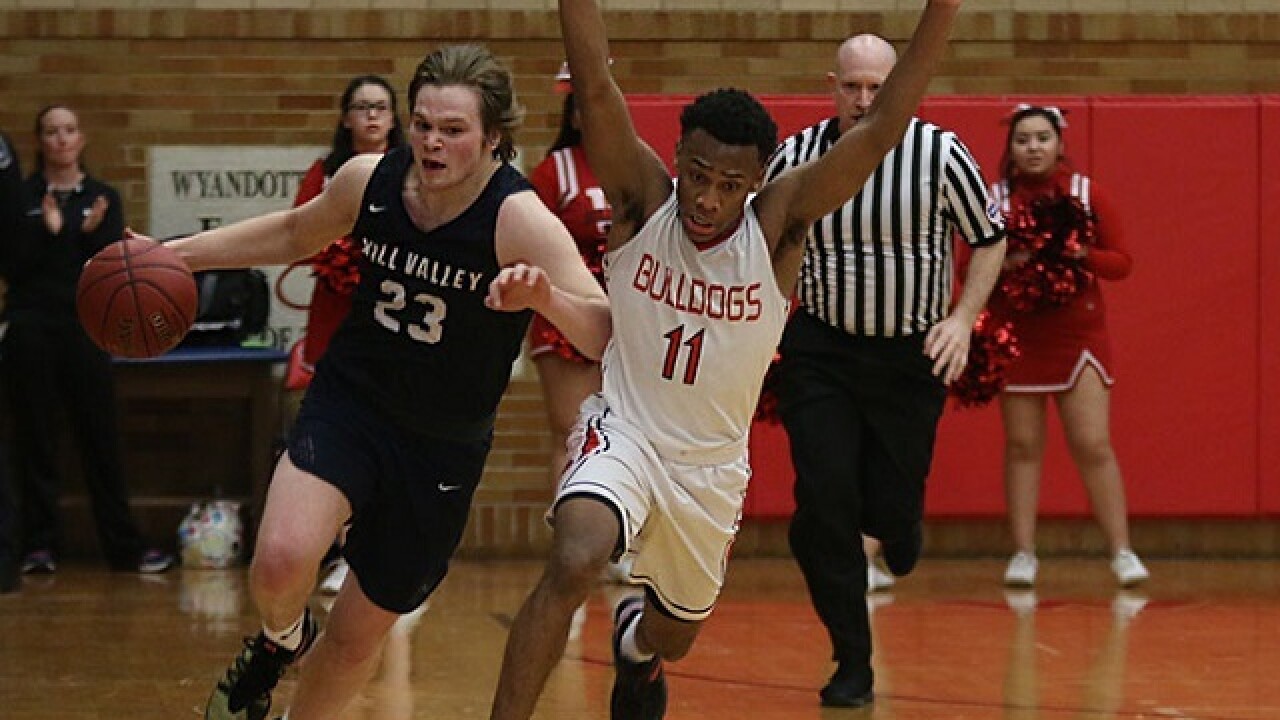 KANSAS CITY, Kan. – Last second victories are a staple of March basketball, from college all the way to local high school teams.

Jaguars senior guard No. 23 Cooper Kaifes, took the inbound pass and dribbled past the half court line where he heaved up a three-point attempt with less than two seconds left on the clock.

The shot banked off the backboard and into the net, earning the Jaguars a 64-63 win over the heartbroken Bulldogs.

The Jaguars, who finished the season at 11-11, won the 2018 Boys Basketball Class 5A sub-state championship with the last-second shot.

They will play the top-ranked Goddard Eisenhower Tigers in the opening round of the Kansas 5A State Championship at 3 p.m. Wednesday in Topeka.

Watch video of the game-winning shot and celebration afterward in the media player above.