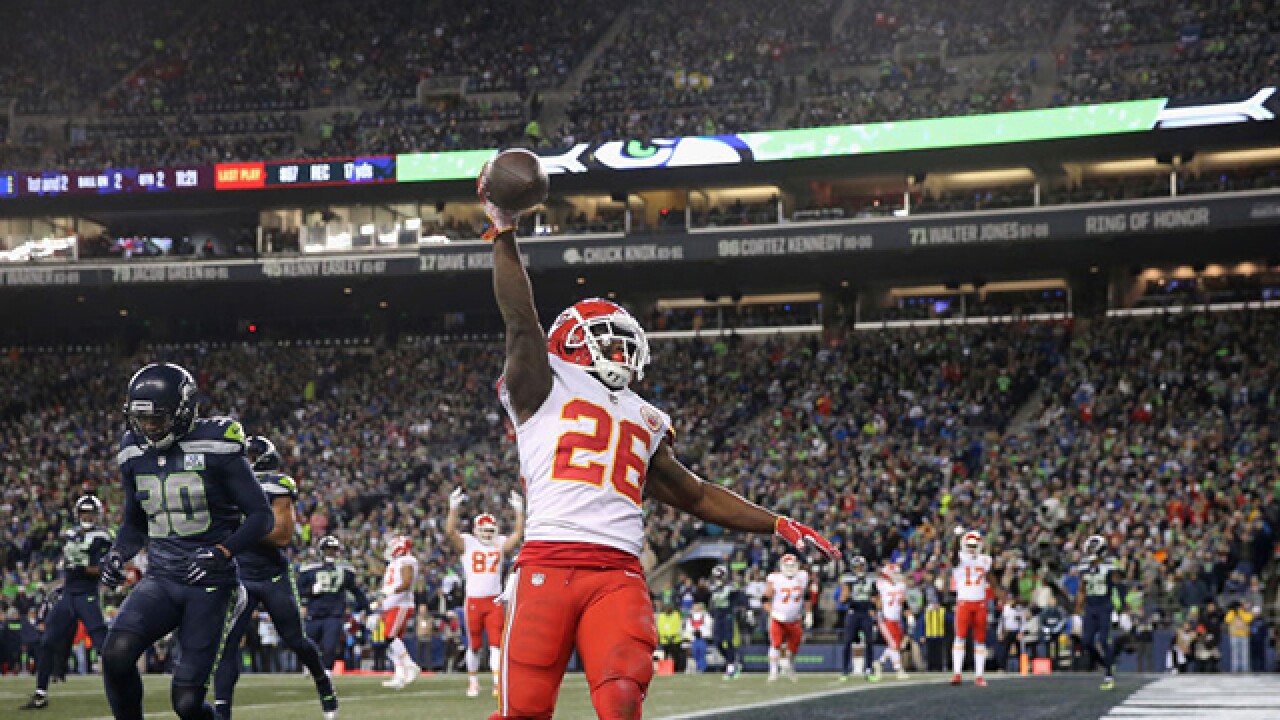 Abbie Parr/Getty Images
SEATTLE, WA - DECEMBER 23: Damien Williams #26 of the Kansas City Chiefs celebrates his touchdown in the end zone during the second quarter of the game against the Seattle Seahawks at CenturyLink Field on December 23, 2018 in Seattle, Washington. (Photo by Abbie Parr/Getty Images)

Losing to the Seattle Seahawks 38-31 at CenturyLink Field was disappointing for some. But, with a home victory against the Oakland Raiders (3-11) this Sunday, the Chiefs will still clinch the AFC West division crown, a first round bye in the AFC playoffs and home field advantage throughout the playoffs. If the Chiefs lose to Oakland, they could still win the AFC West with a Los Angeles Chargers (11-4) loss to Denver next Sunday.

LISTEN: The 4th and 1 Chiefs podcast breaks down road loss in Seattle

In that scenario, the Chiefs would still earn a home playoff game. However, they would have to rely on help, in the form of losses, from the New England Patriots and Houston Texans in order to keep the first round bye. However, if the Chiefs lost to Oakland and the Chargers managed to beat the Broncos, Los Angeles would win the division title and drop the Chiefs to the 5-seed in the AFC playoffs. That would most likely ensure that every playoff game would be played on the road.

The Chiefs are hoping for a simpler scenario of winning next Sunday.

As for the game against the Raiders, the two teams played just a few weeks ago at Oakland Alameda Coliseum. The Chiefs were victorious 40-33. However, it will be a game in which Oakland head coach Jon Gruden will be given the opportunity to play the role of spoiler. Certainly, the Arrowhead Stadium crowd will be a sea of red come Sunday. And, the fans will be excited to welcome their team back home for potentially a long playoff run.