Chiefs could get Houston, Sorensen on field vs Cardinals 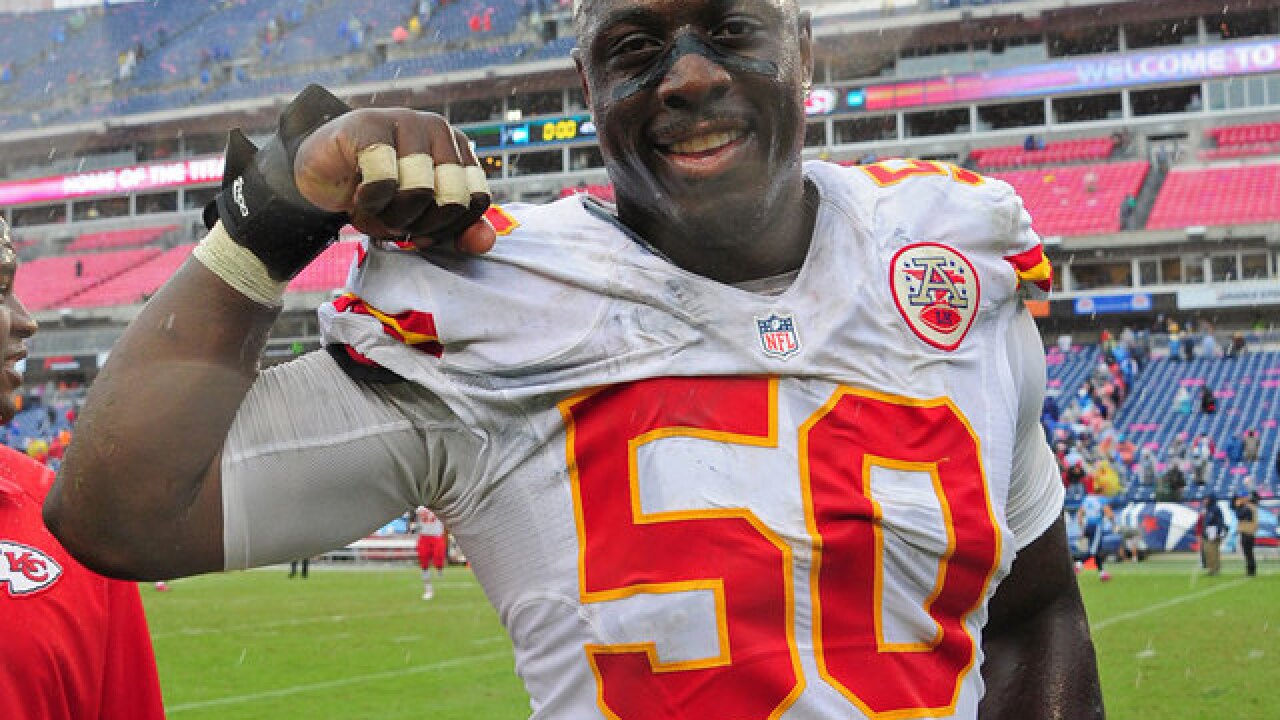 KANSAS CITY, Mo. (AP) -- The Chiefs could be getting some much-needed help for their ailing, leaky defense when linebacker Justin Houston and safety Daniel Sorensen are expected to play against the Arizona Cardinals.

Houston has missed four straight games after hurting his hamstring, while Sorensen was added to the active roster this week after landing on injured reserve in training camp with a broken leg.

Those four were listed as questionable on the final injury report, along with Anthony Hitchens, who has bruised ribs, and fellow linebacker Frank Zombo, who has a hamstring injury.

Safety Eric Berry is doubtful with a heel injury. Center Mitch Morse remains out with a concussion.