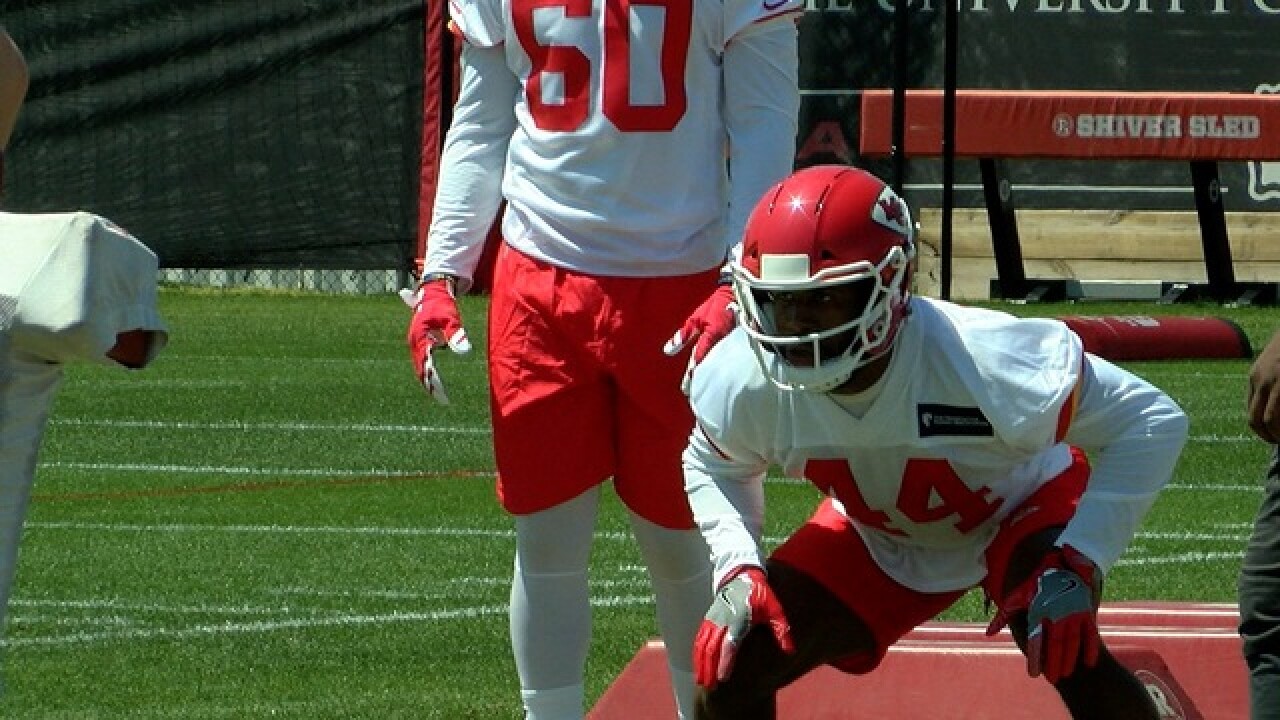 KANSAS CITY, MO — The Kansas City Chiefs' defense has been a sore spot on a team with championship aspirations.

Multiple injuries to key players early in the season did little to help and now the Chiefs face arguably the toughest challenge all season long.

The Seattle Seahawks will put their best foot forward in an effort to clinch an NFC Wild Card berth on NBC's Sunday Night Football.

But a win for the Chiefs could lock up the AFC West division race and possibly home-field advantage throughout the AFC playoffs.

The Seahawks statistically have the best rushing offense in the NFL having racked up 2,168 rushing yards through 14 games this season, an NFL-best average of 154.9 rushing yards per game.

Seattle also averages 4.7 rushing yards per carry, which is tied for seventh in the NFL.

Still, there may be something to build on for the Kansas City defense, because Seattle only has 11 rushing touchdowns, which places them in the bottom third of the league.

Quarterback Russell Wilson more than makes up for Seattle's run-scoring deficiency with his 31 touchdown passes, which is tied for third in the NFL. He's only thrown six interceptions, which is the third fewest among the 17 quarterbacks with at least 20 touchdowns this season trailing only Green Bay's Aaron Rodgers (2 INT) and New Orleans' Drew Brees (5 INT).

Wilson is extremely efficient with the ball, and Chiefs coach Andy Reid knows how much Wilson can hurt the team.

"He's been a Pro Bowl player, and rightfully so," Reid said. "Ever since he came into the league, he turned that organization around there from what they were. It was a great pick by them. They have a great personnel department, great head coach, and a good coaching staff. You get a guy like that who jumps in and has been as productive as he has. My hat's off to him. He's a heck of a player."

Chiefs safety Eric Berry, who played 30 snaps Thursday against the Los Angeles Chargers, will provide an added boost to the secondary. Berry may play his first full game in more than two seasons Sunday at Seattle.

"He wants to play every snap," Reid said of Berry. "I don't ever worry about that with him. When it feels good, let's go. He is great with all of that."