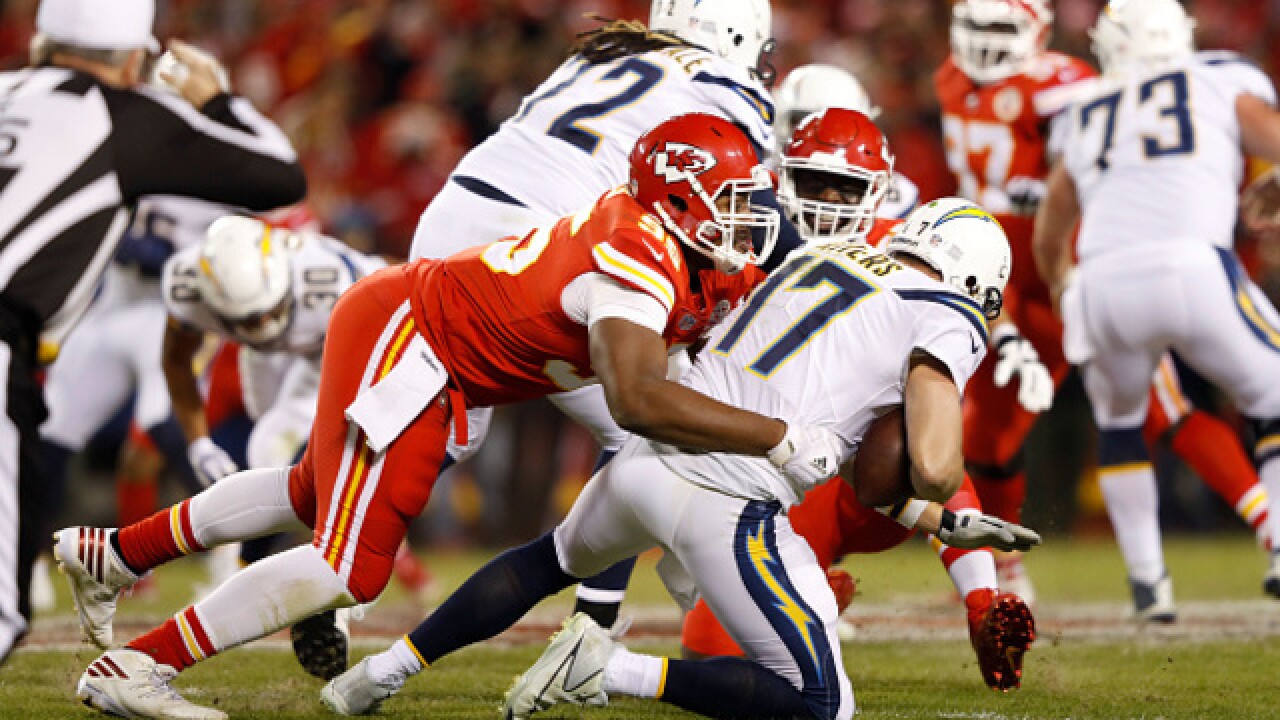 KANSAS CITY, Mo- Always tough, always emotional the Chiefs defense will be put to the test once again with Phillip Rivers, who they have nothing but respect for.

This defense will look fairly different than some tasked with stopping the Chargers signal caller, but the formula will remain the same as in years past. Linebacker Reggie Ragland has his ideas.

"The big guys up front gotta get pressure on him. " said Ragland.  "We got some of the best in the business to do that, and Phillip Rivers is the ultimate pro. He's been doing it x amount of years,  like coach says he can throw from any angle on the field.  My job is to slow him down any way I can."

Rivers can ignite that Charger's offense at any moment,  and is is surrounded by weapons that can strike without warning.

"You gotta show him different looks." according to defensive back Kendall Fuller.  "He has  a quick release.  He knows where the open guy is gonna be. He will get the ball out of his hand quick so as a defense we have to make him think a little bit."

Chiefs Defensive Coordinator  Bob Sutton thinks the world of Rivers."You're not going to trick Phillip Rivers. This is a guy that prides himself on knowing defenses, and understanding the players on defense.  To me the simple way to say it is you're trying to make it as hard on him and not just give him the answers to the test."