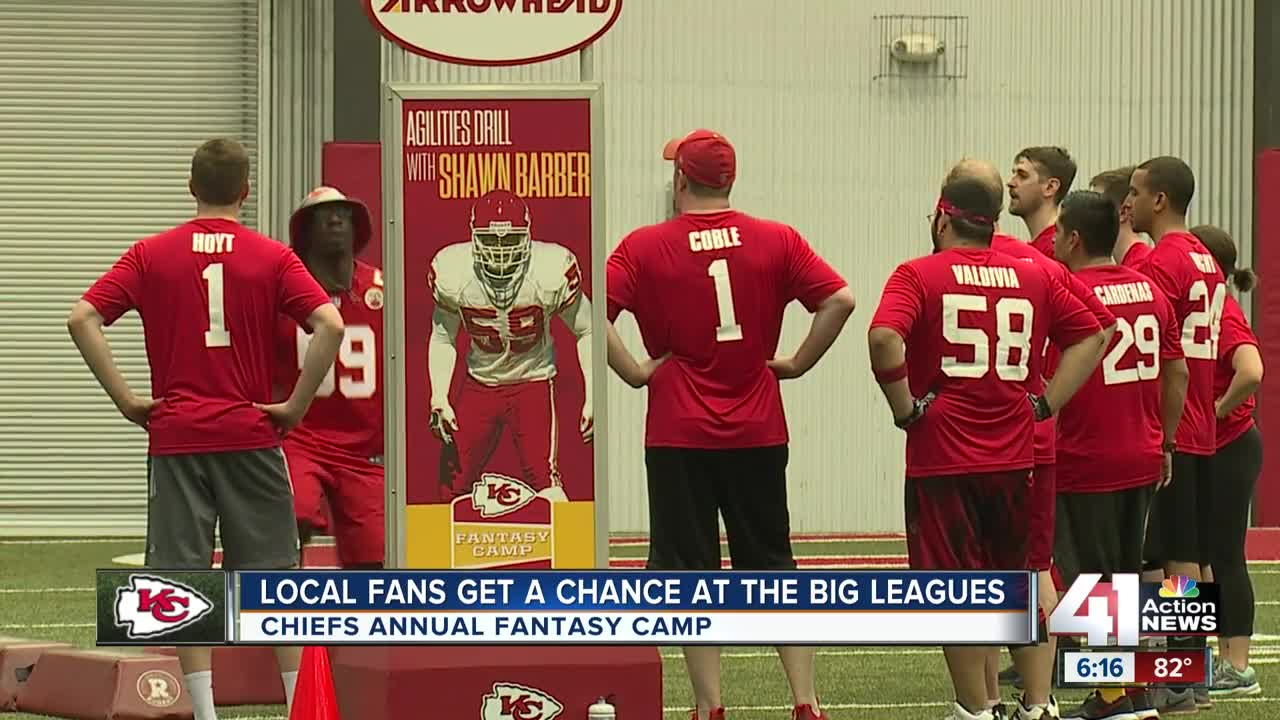 The sixth annual Chiefs Fantasy Camp started with smiles — but they were quickly replaced by game faces. 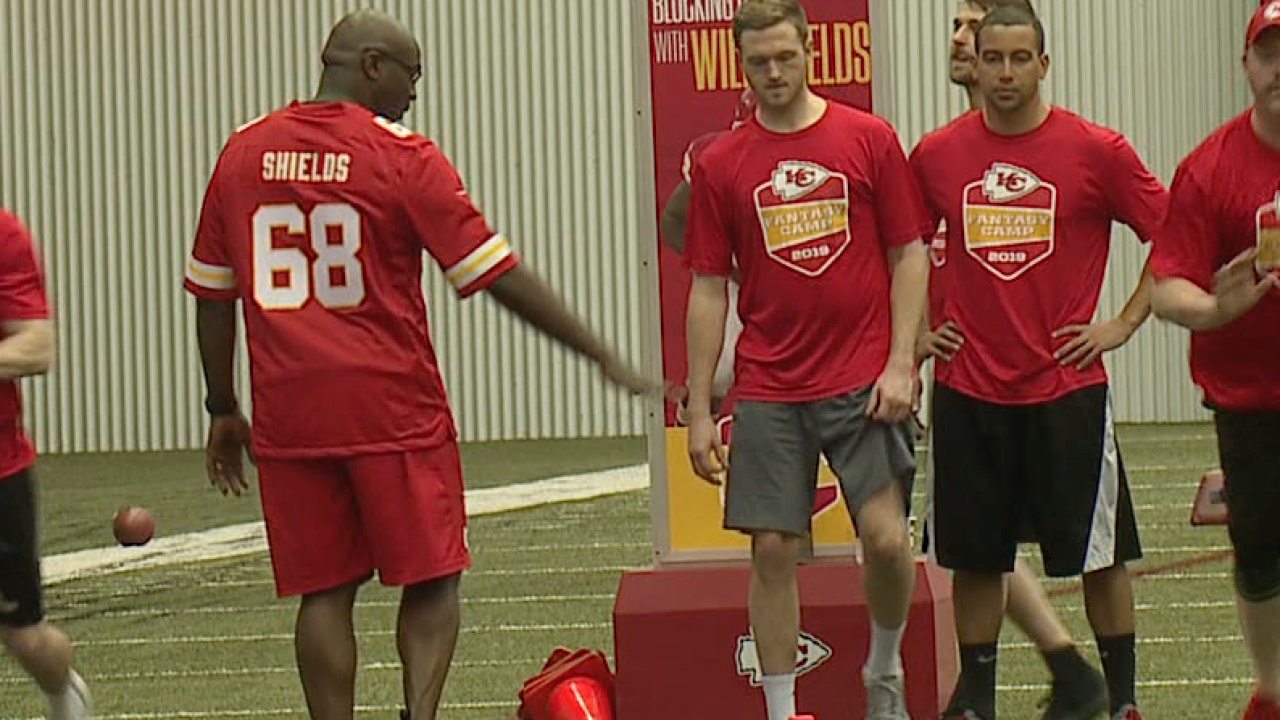 The sixth annual Chiefs Fantasy Camp started with smiles — but they were quickly replaced by game faces.

On Friday, about 100 participants came to Arrowhead Stadium to learn from legendary Chiefs players and experience a day in the life of an NFL player.

Pro Football Hall of Famer Will Shields said that the former players enjoyed participating in the camp.

"We're retired,” the former Chiefs offensive lineman said. “We're having a good time, we're enjoying it. We get to torture somebody else for a while, watch them play, that's what makes it fun."

The fantasy camp not only required physical strength, but a fair amount of mental effort as well.

"You know when they see that playbook and go yeah, you gotta remember 300-and-something different formations and different things and different shifts and different motions, they go, ‘oh yeah that might be a little difficult,’” Shields said of the participants. “But then you gotta be able to go out and physically execute it,"

Steve Stites, a physician, said he was impressed with the players’ mental toughness.

“I watched the film room and the study these guys do,” Stites said. “These football guys, they are really smart, like really smart, and they have to be to play this game at this level.”

Organizers said they were pleased with the camp’s turnout and that more women and younger people participated this year.

The two-day Chiefs Fantasy Camp benefits the Center for Concussion Management at the University of Kansas Health System.