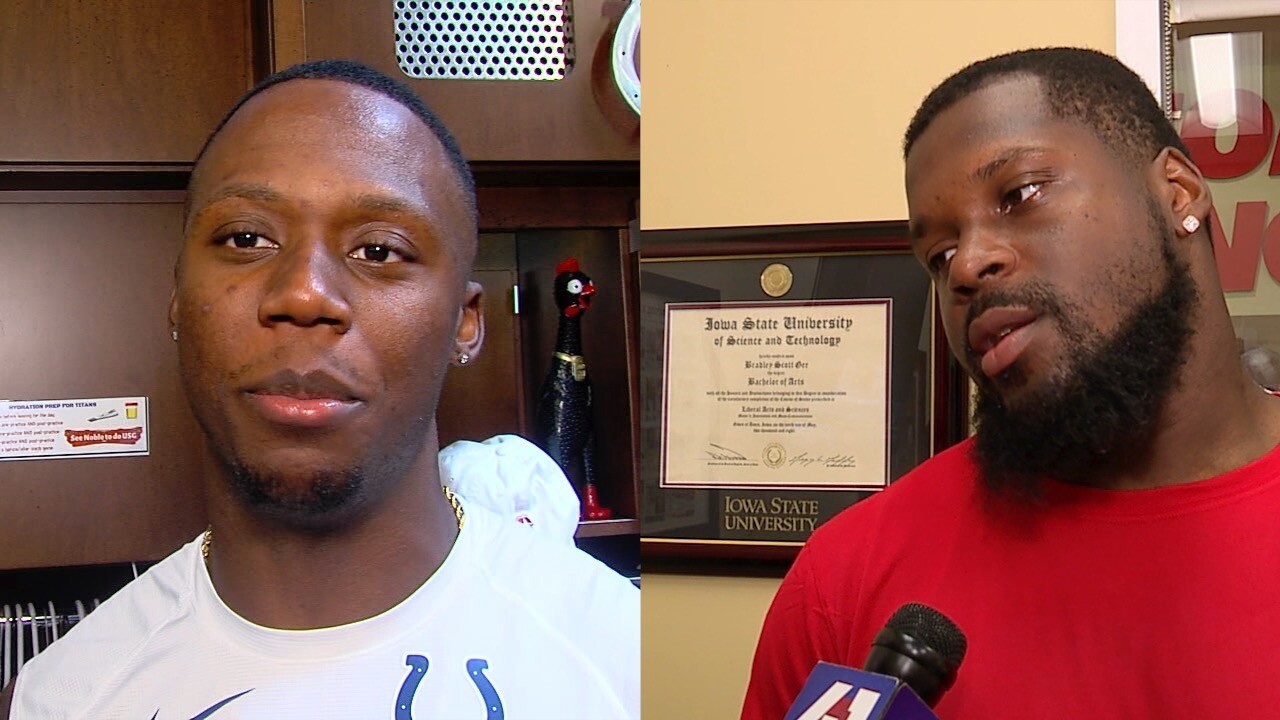 KANSAS CITY, Mo. — It's not easy for someone to become a professional athlete. An extremely small percentage of youth football players ever make it to the NFL.

Kansasa City Chiefs linebacker Reggie Ragland understands and appreciates the opportunity he's been given, coming from humble beginnings in his hometown of Huntsville, Alabama.

But he's not alone among the players who have come from that area.

One of his best friends is Indianapolis Colts wide receiver Chester Rogers, who also grew up in the Huntsville area.

Ragland, who went on to star at Alabama in college, is proud to share a hometown connection with another NFL player.

"It's awesome, especially guys that I grew up with as a kid growing up," Ragland said. "It just shows you how much we talked about it growing up and how much work we put in as a whole just to try to reach our goals. It also shows that from an area like that, if you put the work in man and believe in yourself and you've got other people that believe in you like we had, you can make it."

Rogers, a former standout from Grambling State, has fond memories of playing against Ragland when they were kids.

"I've been knowing Reggie ever since we were 5 or 6 (years old)," Rogers said. "We started AAU ball together. He's been my right hand ever since. I got to see him last year in the playoff game. We played against each other for the first time since Little League. We traded jerseys, so it was a good moment.

This will be the second consecutive week Ragland has played against childhood friends from Huntsville. Detroit Lions running back Kerryon Johnson and defensive end Trey Flowers also are from the area.

Each player's path to the league was different, but the goal was always the same.

"We've been talking about this since the offseason, playing against each other in the prime-time game Sunday night, so it's always awesome," Ragland said. "I talked to (Rogers) a couple of days ago. That's my dog. That's my best friend, so any other time we're always talking. I'm very happy for him and the position he's put himself in up there in Indy, coming from Grambling and just going up there and putting his work in and just working hard."