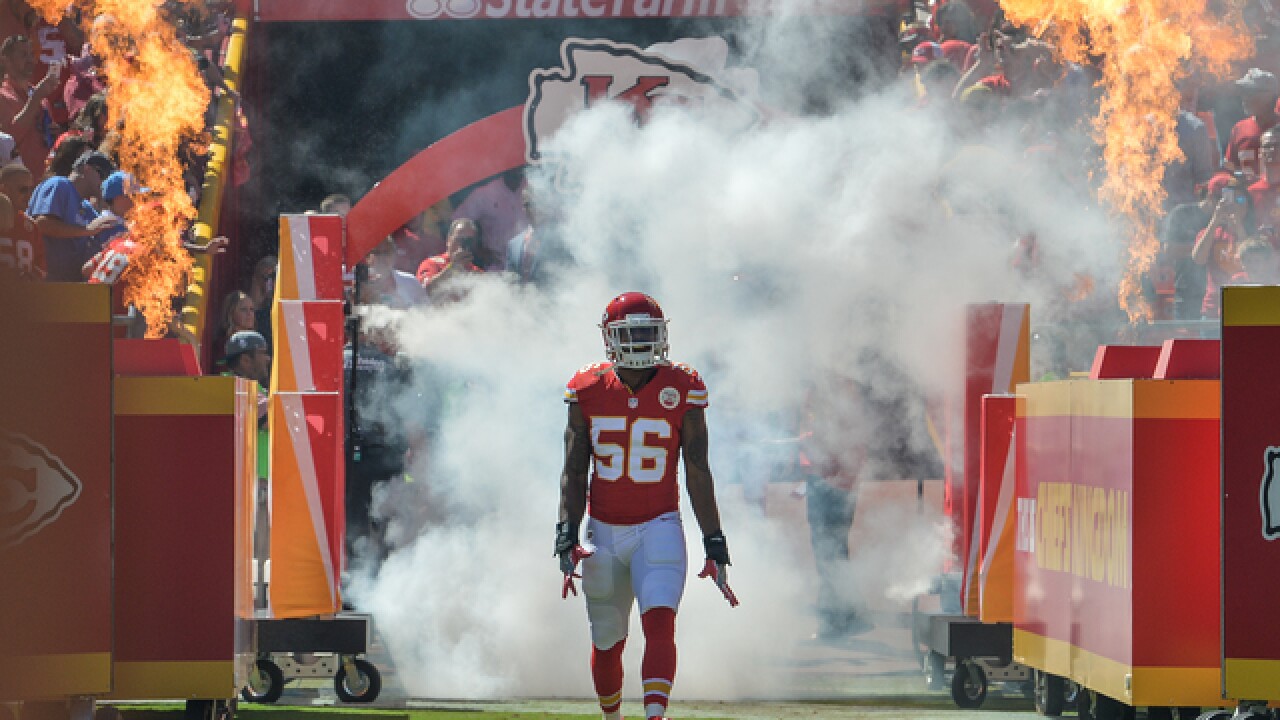 Copyright 2018 Scripps Media, Inc. All rights reserved. This material may not be published, broadcast, rewritten, or redistributed.
Peter Aiken
<p>KANSAS CITY, MO - SEPTEMBER 11: Inside linebacker Derrick Johnson #56 of the Kansas City Chiefs enters the field during pre game warm ups before the game against the San Diego Chargers at Arrowhead Stadium on September 11, 2016 in Kansas City, Missouri. (Photo by Peter G. Aiken/Getty Images)</p>

KANSAS CITY, Mo. – The Kansas City Chiefs announced that longtime linebacker Derrick Johnson will become a free agent at the start of the new league year on March 14.

Johnson played 13 seasons in Kansas City, becoming the franchise’s all-time leading tackler, according to the Chiefs.

The move does not signify the end of Johnson’s NFL career, he said.

In a statement from the Chiefs, Johnson is quoted as saying, “I love Kansas City and this fan base, they’ve always had my back. I’m grateful I had the opportunity to spend 13 years in a place I love. I plan on playing for several more years because I love this game so much, but I look forward to retiring as a member of the Kansas City Chiefs when my career is over. I’ll miss my Chiefs teammates – we made a lot of big plays together over the years – and I wish them the best in bringing a championship home to the best and loudest fans in the NFL.”

Also in the statement, General Manager Brett Veach said he wishes nothing but the best for Johnson as he moves forward in his career.

Head Coach Andy Reid said in the statement that he’s grateful he had the opportunity to coach Johnson, and that Johnson himself would make a great coach one day.

Johnson has been with the Chiefs since 2005 when he was drafted as the Chiefs first-round pick. Since that time, he’s been decorated with several awards and was selected to the Pro Bowl four times.