Chiefs offensive players Robinson, Hyde making the most of minicamp 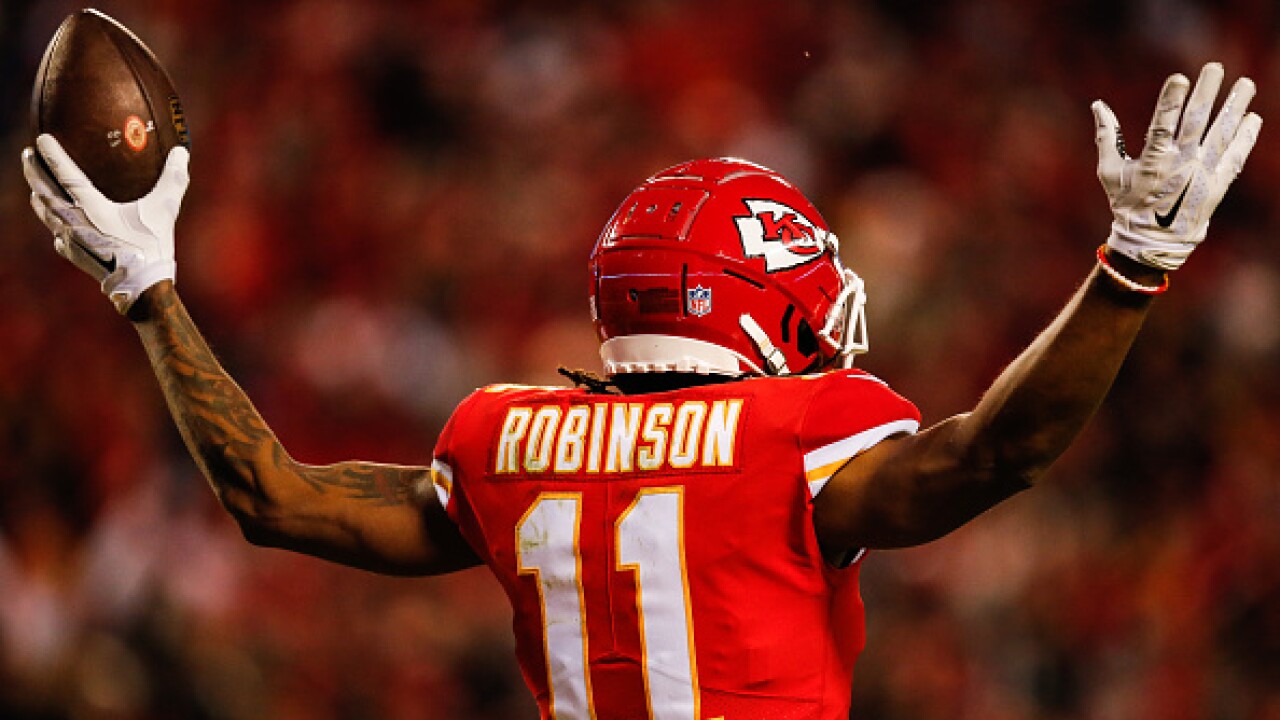 David Eulitt/Getty Images
KANSAS CITY, MO - DECEMBER 30:Demarcus Robinson #11 of the Kansas City Chiefs puts his arms up after catching the fiftieth touchdown pass of the season for his quarterback Patrick Mahomes #15 during the third quarter of the game against the Oakland Raiders at Arrowhead Stadium on December 30, 2018 in Kansas City, Missouri. (Photo by David Eulitt/Getty Images)

KANSAS CITY, Mo. — On day two of the Kansas City Chiefs' minicamp, everyone was talking about the maturation of the team's offense, including one player in particular: Demarcus Robinson.

The wide receiver had career numbers last year, including a career-high four touchdowns, but it's his leadership both on and off the field that's making the difference in 2019.

"It's a big deal," Robinson said Wednesday at the Chiefs practice facility. "(It's) my fourth year, my last year of my contract. Just putting numbers up and letting the coaches know I know what's going on, it will be an easier and smooth transition on the field."

In the upcoming season, Chiefs fans also will be on the lookout for the newly acquired Carlos Hyde. The former second-round draft pick in 2014 had back-to-back 900-yard rushing seasons in 2016 and 2017. It was the chance to showcase all of his skills that led the running back to Kansas City.

"I've been focused on catching the ball more, and coming to a place where I didn't know that they used the running back so much in the passing game until I got here," Hyde said. "It put a smile on my face. Now I'm in another offense where I can really showcase my hands and really take ownership in that this year."