Chiefs players hop off buses to celebrate with fans 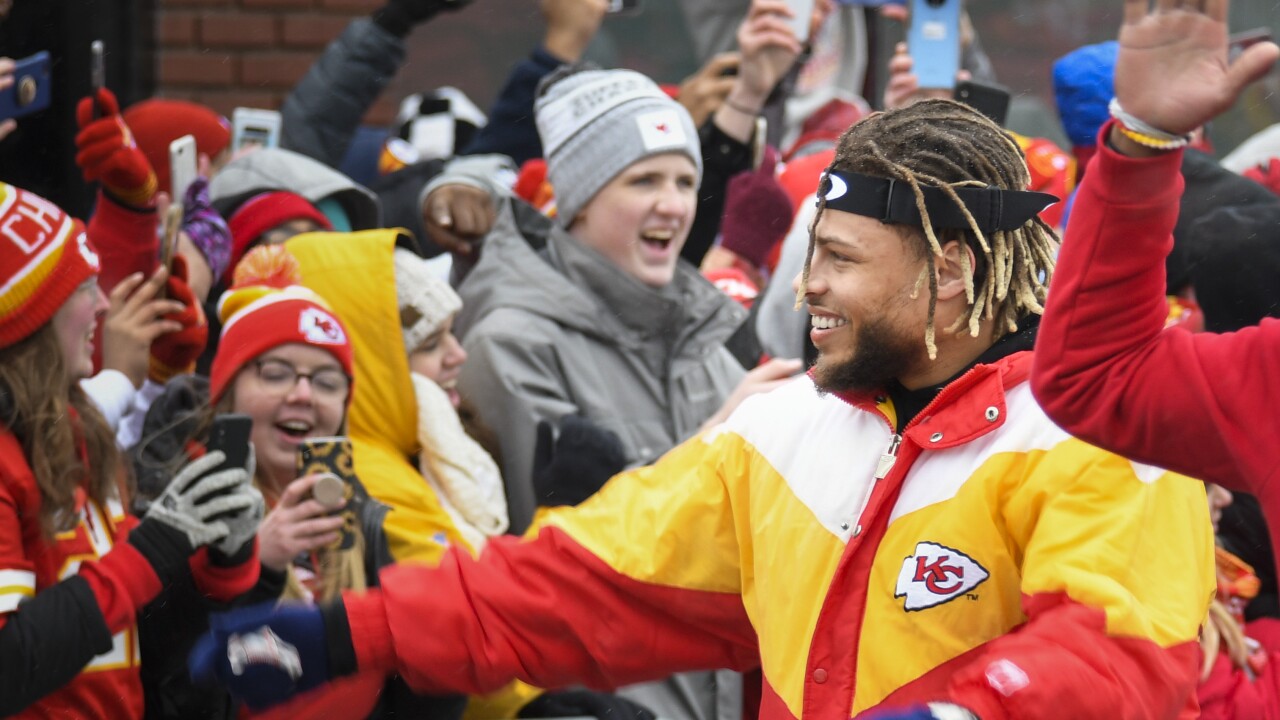 For many players, the buses were optional for at least some of the route.

Look who decided to ditch the bus and greet the fans! #ChiefsKingdomParade pic.twitter.com/ieoEc6pCzG

As the route progressed, other players, including tight end Travis Kelce and tackle Eric Fisher ditched the bus in favor of walking part of the route.