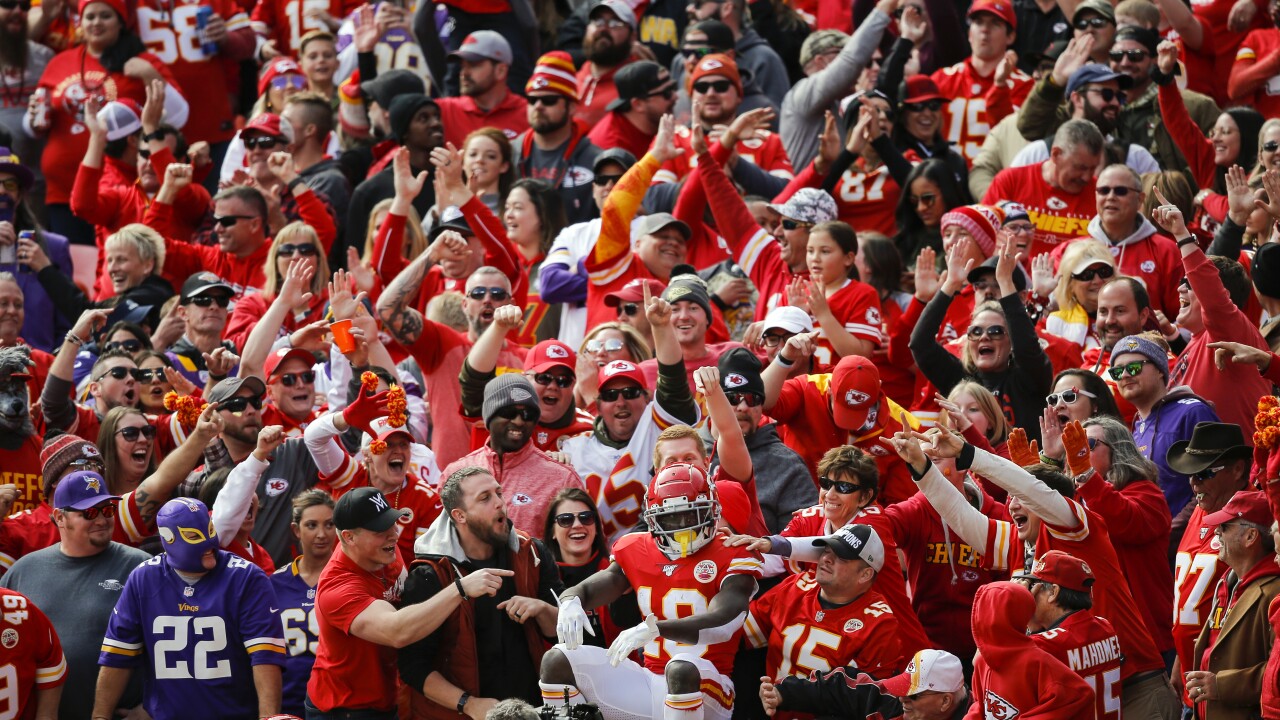 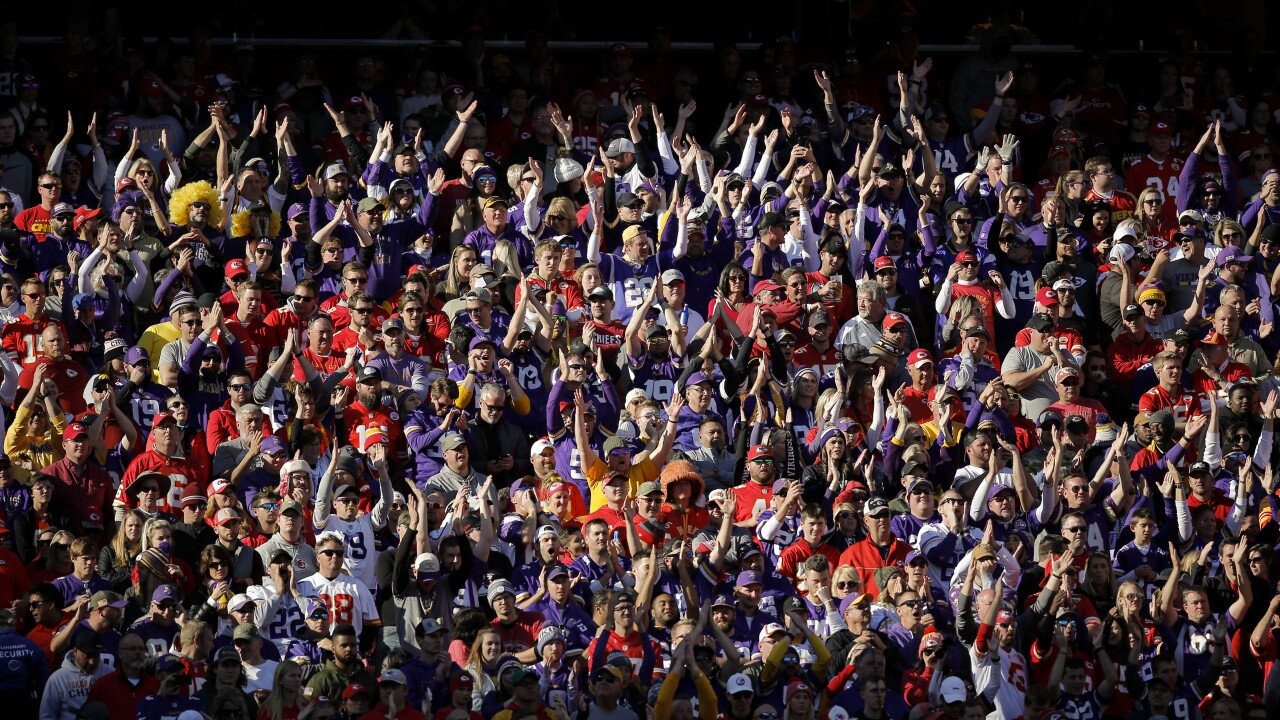 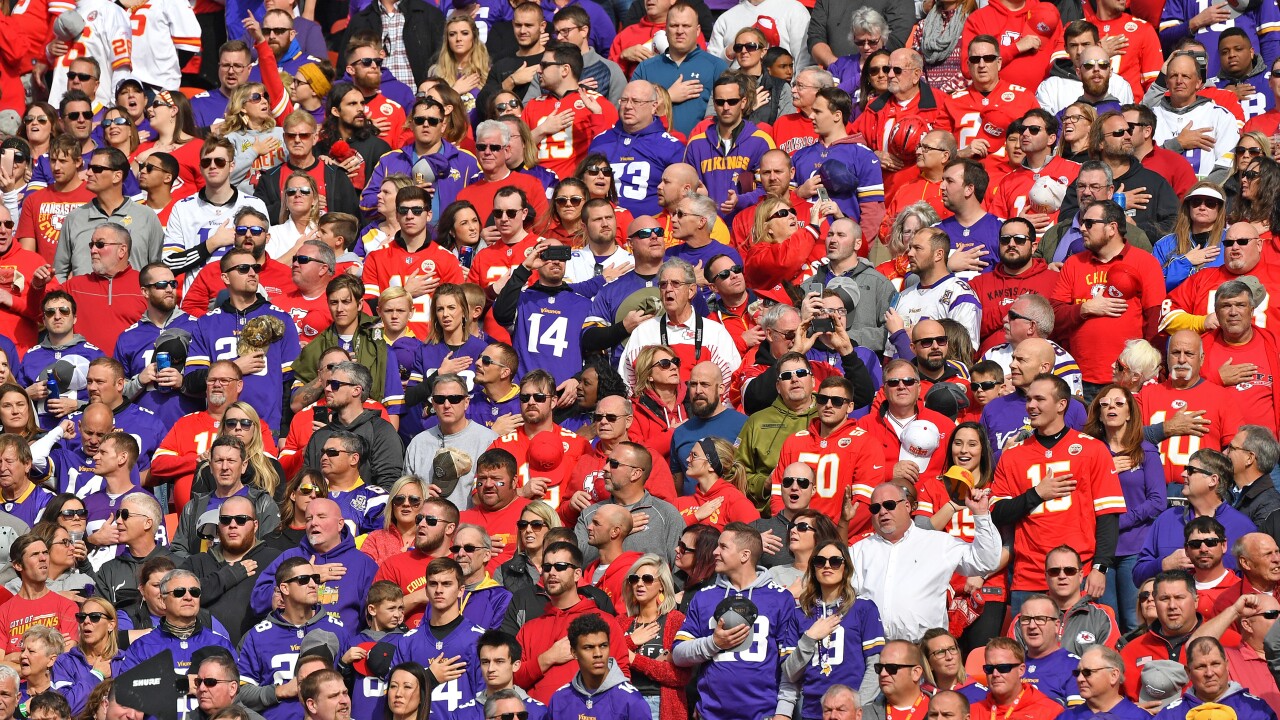 A large number of Minnesota Vikings fans, many dressed in bright purple jerseys, snagged tickets to the game — and Chiefs players took notice.

After the #CHIEFS defeated the Minnesota Vikings 26-23 on Sunday afternoon, several Chiefs players voiced their displeasure for seeing so many purple Vikings jerseys in the stands at Arrowhead Stadium. Here's what they had to say about it. @41actionnews pic.twitter.com/jjhwAPYvBd

Minnesota fans could be heard in the stands booing the Chiefs players loudly during introductions and also rolled out their "Skol Clap" multiple times during the game.

"Just to see how much purple was in our stadium, we took that as disrespect," Chiefs running back Damien Williams said. "We're at home. We wanna look like we're at home. So, having to see that and coming in here, everybody kind of looked at each other kind of like, 'Hey, this is our house. This ain't nobody else's house.'"

Williams appeared to play with a chip on his shoulder. He rushed 12 times for 125 yards, including a 91-yard touchdown late in the third quarter that tied the record for longest run in franchise history.

So, what happened to all of the Chiefs fans?

Some believe the team's three-game losing streak at Arrowhead entering play and the absence of quarterback Patrick Mahomes may have led some ticket holders to sell their seats.

Typically, Minnesota fans also travel well to Chiefs (and even Royals) games, because the trip is relatively short and an easy shot down Interstate 35 from the Minneapolis area.

It turned out to be a perfect recipe for a larger-than-normal visiting crowd.

"I'm not gonna lie, that little clap was pissing me off," Chiefs defensive end Emmanuel Ogbah said. "Yeah, they travel with their squad, but we did a good job of helping our fans in this game because we lost three home games. So, we had to win this game."

Coach Andy Reid also was aware of the large Minnesota contingent and noted all of the different ways the Arrowhead staff tried to counteract their boisterous support.

"The (Chiefs) crowd was phenomenal," he said. "There was a lot of purple up there, and they just voiced them out. That whole thing with the clapping over the head and all that, I thought our (public address) guy did a nice job of cranking up a little Arrowhead pride there, yanking that music out and knocking that (Skol clap) out. (They) just nulled that clapping deal and kind of brought us right back to home."