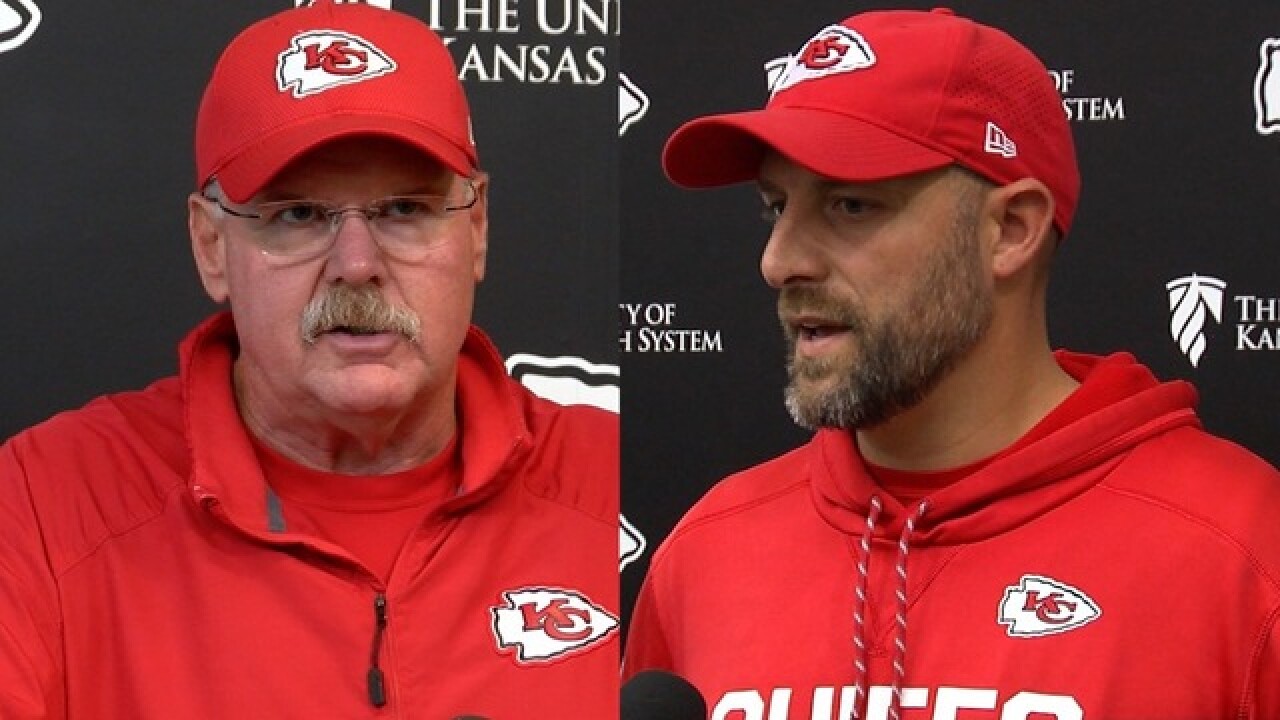 KANSAS CITY, Mo. — The Kansas City Chiefs will have a reunion of sorts when the team visits Soldier Field in Chicago for their third preseason game against the Bears.

It will be the first time the team will face Bears head coach Matt Nagy - Nagy previously served as the Chiefs offensive coordinator - since he accepted the job in January.

That was two days after the Chiefs season officially ended with the surprising AFC Wildcard home loss to the Tennessee Titans.

It will be a special reunion for head coach Andy Reid.

"I am proud of him for having the opportunity. I've watched his tape and he has done some good things with the team," Reid said. "He had a nice win the other night. Chase [Daniel] is one of his quarterbacks. Chase has done a good job with their whole two-minute process. It's a little bit like looking in the mirror when you look at their offense. He is doing a lot of stuff we've done here. He's added a few wrinkles but most of the same stuff. Overall, I am proud of him for the job he's doing."

Patrick Mahomes had a chance to learn the Chiefs system under then-offensive coordinator Nagy. He said he also shared some fond memories of him.

"When I met with Coach Nags, it was awesome ever since the start. He's someone that relates to players really well especially quarterbacks," Mahomes said. "He's someone that really cares about the quarterback and the person. I feel like that's a big thing when you know someone is doing stuff in your best interest is really when you can respect what they say too."