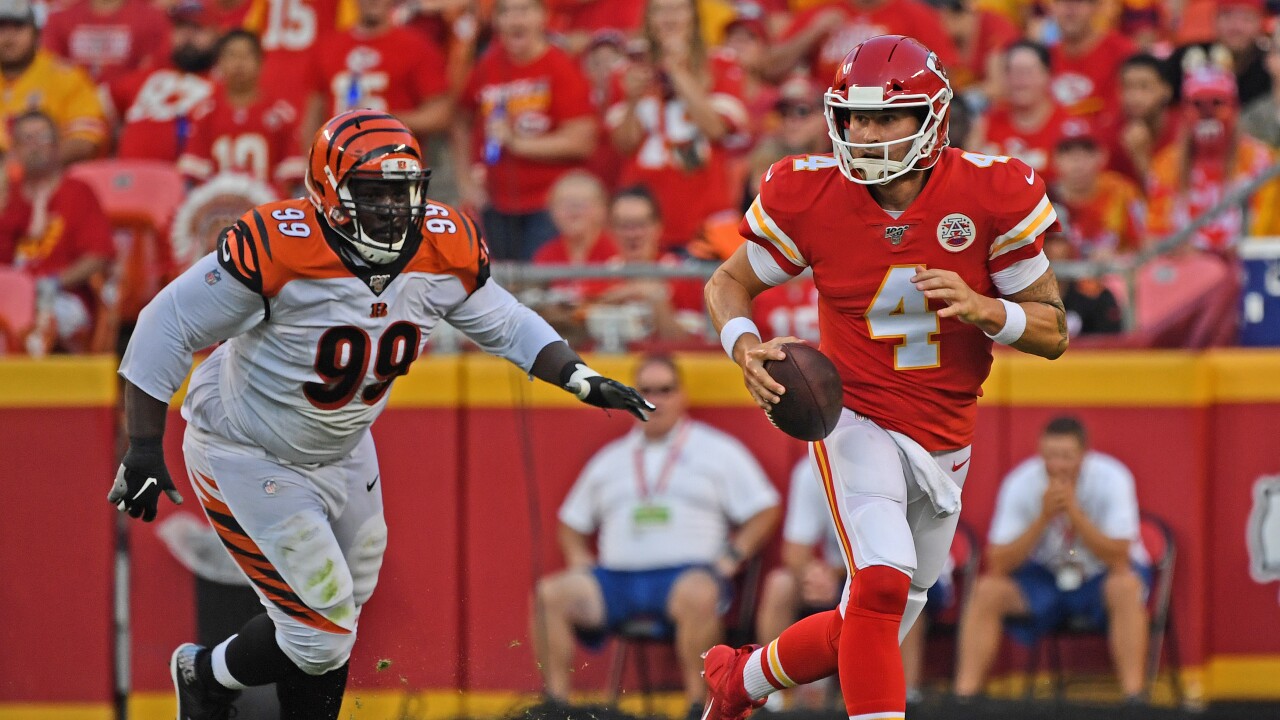 KANSAS CITY, Mo. — The Kansas City Chiefs fell in Saturday’s third preseason game against the San Francisco 49ers, but the loss wasn’t the only disappointment coming out of the game.

Offensive coordinator Eric Bieniemy said Henne’s injury will force the other QBs on the roster – Chase Litton and Kyle Shurmur, to step up in Henne’s absence.

With Chad Henne suffering a fractured ankle, the Chiefs are signing former Dolphins’ QB Matt Moore, per source. He now will back up Patrick Mahomes.

In other injury news, Burkholder said that wide receiver Marcus Kemp will undergo surgery on his left knee. He suffered a torn ACL and MCL along with a meniscal injury and will also have surgery Tuesday.

Defensive End Breeland Speaks will undergo surgery for an MCL Sprain and meniscal injury in his right knee.

It wasn’t immediately clear how long Henne or Speaks will be unable to play.