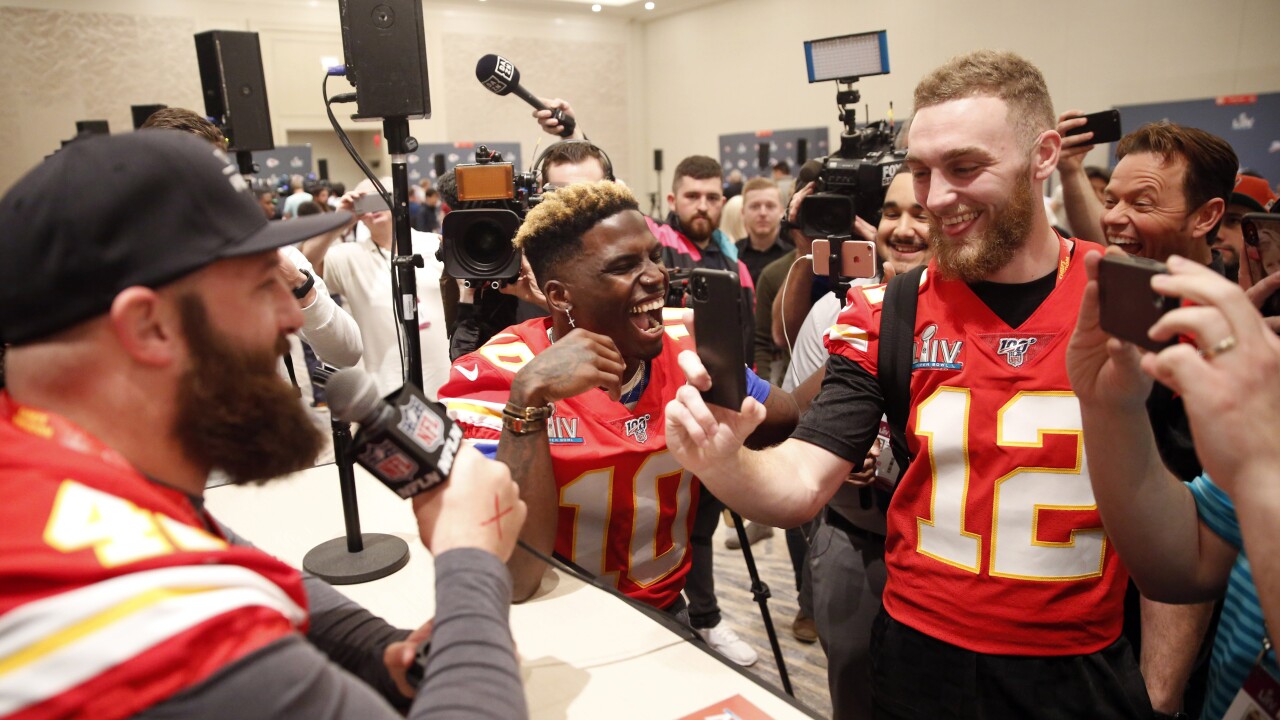 KANSAS CITY, Mo. — Wide receiver Gehrig Dieter is returning to the Chiefs, according to the NFL Transaction Wire.

Dieter has appeared in six games with Kansas City during the last two seasons, while bouncing back and forth between the active roster and the practice squad.

He finished 2019 on the practice squad after landing on injured reserve with a back injury that sidelined Dieter through most of training camp and the entire 2019 preseason.

Dieter, 26, who played collegiately at Alabama and is close with Chiefs quarterback Patrick Mahomes, was waived with an injury settlement and signed to the practice squad after clearing waivers.

Originally signed in 2017 as an undrafted free agent, Dieter spent his first season exclusively on the practice squad.

After also beginning 2018 on the practice squad, Dieter appeared in four games late in 2018, recording a 22-yard reception in the season finale against the Raiders.

He also caught an 11-yard pass in the AFC Divisional Round against the Colts and appeared in the AFC Championship Game loss to the Patriots.

Dieter appeared in two games in 2019, primarily on special teams.

The Chiefs are 6-2 in games in which Dieter appears during the last two season, including the playoffs.