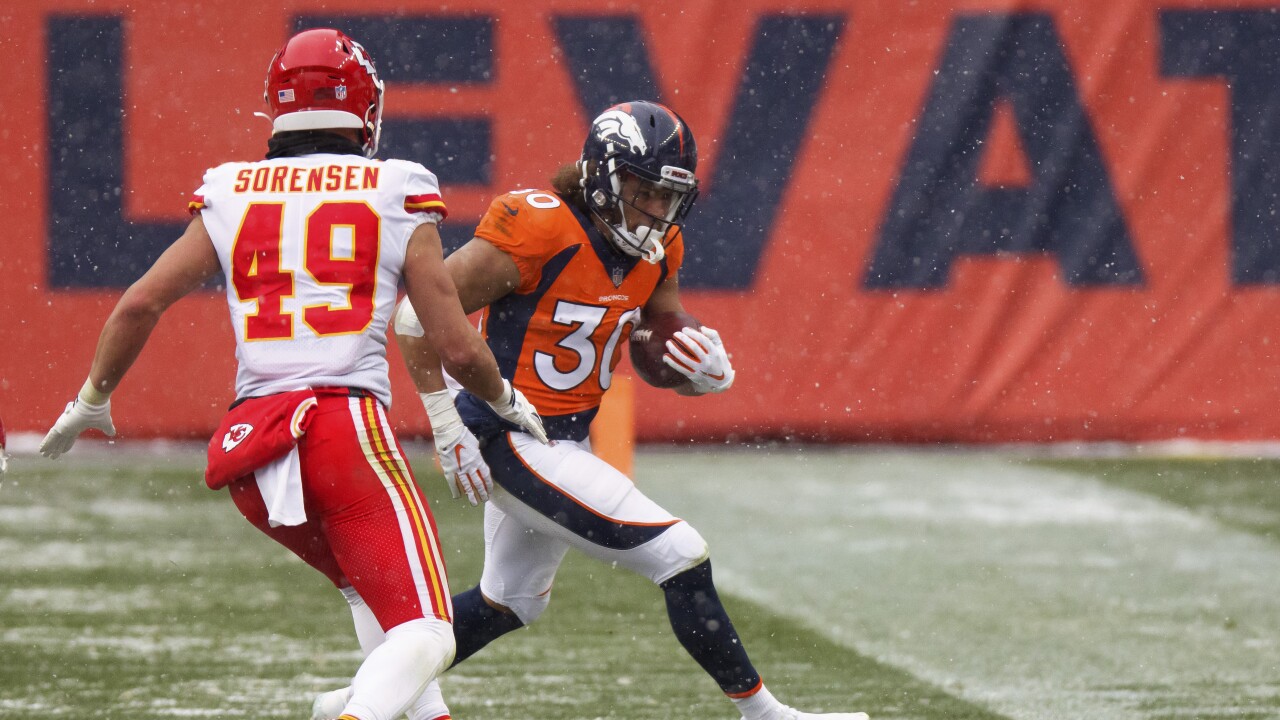 Justin Edmonds/AP
Denver Broncos running back Phillip Lindsay (30) runs with the football as Kansas City Chiefs safety Daniel Sorensen (49) forces him out of bounds during the first half of an NFL football game, Sunday, Oct.. 25, 2020, in Denver. (AP Photo/Justin Edmonds)

KANSAS CITY, Mo. — The Kansas City Chiefs defense has played with a lot of confidence the last two weeks.

“His football intelligence is off the charts. He’s a very intelligent football player, very smart and his understanding of the game. That’s able to translate to other players on the team as we get to play around him. It elevates everybody’s game," Sorensen said.

In his seven years with the Chiefs organization, Sorensen said Wednesday that the secondary this season is the closest unit that he's ever experienced.

While the defense has made major improvements, Sorensen said there is still more they can do, and are working on getting better.

“There’s probably a lot of things that we’re still chasing and improving," Sorensen said. "We really like the idea of being a stout defensive team as far as stopping the run. That’s something that we’re going to be chasing and always going to be trying to improve week in and week out."

In Denver, the Chiefs defense was dominant. Sorensen picked off Broncos quarterback Drew Lock for a 50-yard touchdown,.

"It always comes down to points for the defense. That's all that matters, is the points on the scoreboard. Keeping those points low and closing games out. You can play good defense for three quarters and have the game in hand, but you still don’t want those points to creep up on the scoreboard. Things like that, we’re always chasing. Within the scheme, you’re always chasing improvement for self and for mastery of the scheme," Sorensen said.