Chiefs surprise young fan with cancer with some new swag 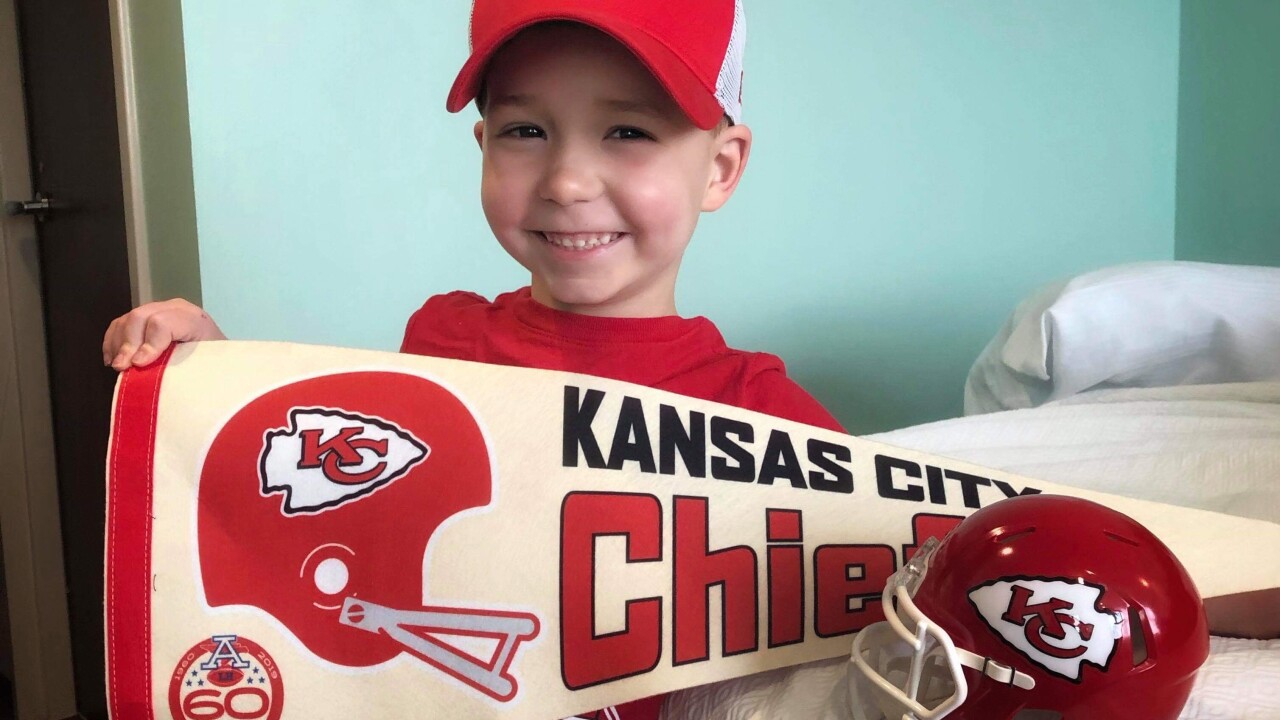 Provided by Stacey Sands
Hudson Sands, a 5-year-old Olathe boy with a rare, inoperable cancer, got a surprise when the Kansas City Chiefs sent him some new swag, including a helmet and a pennant.

KANSAS CITY, Mo. — A 5-year-old Kansas City Chiefs fan with a rare, inoperable cancer had a reason to smile after the team’s 51-31 comeback win against the Houston Texans on Sunday.

And then, Hudson Sands’ smile grew even a little brighter after the Chiefs sent him over some new swag, including a helmet and a pennant.

His mother, Stacey Sands, sent 41 Action News a picture of Hudson with his new gear and a big smile on his face.

Hudson has Stage IV diffuse intrinsic pontine glioma, or DIPG. The survival rate for children with DIPG remains low, with an average life expectancy from diagnosis of eight to 11 months.

Chiefs quarterback Patrick Mahomes wore a bracelet on his left arm throughout the season in honor of another Kansas City-area child with DIPG, Whitney Wells, who sadly passed away in late December.

Hudson is currently in Houston for clinical trials. His mother told 41 Action News that Hudson is doing well and is still full of energy.

In November, his parents told 41 Action News that the trial in Houston could give them a bit of hope.