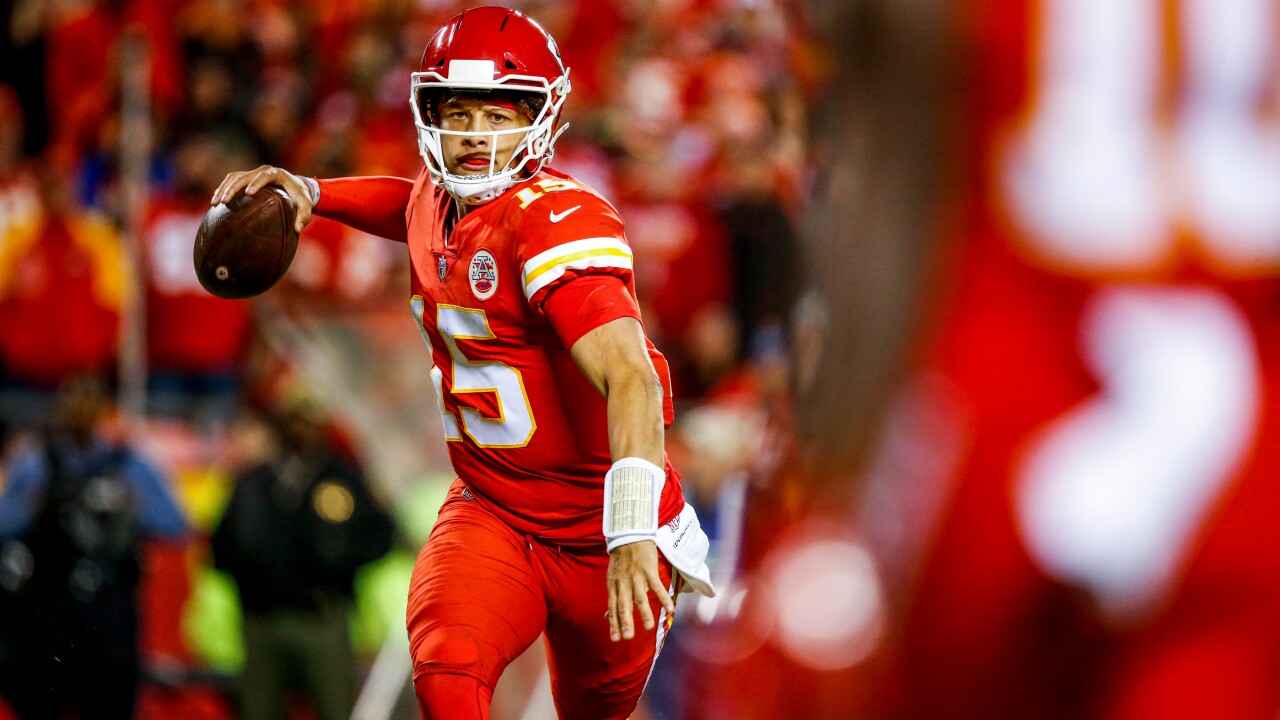 KANSAS CITY, Mo. — The Kansas City Chiefs will be sporting all-red uniforms on Sunday night against the Indianapolis Colts at Arrowhead Stadium.

The team does not wear the uniforms often. Players wore the red jerseys and red pants twice last season: during a 45-10 win against the Cincinnati Bengals and a 29-28 loss to the Los Angeles Chargers.

The Chiefs tweeted about the uniforms on Friday morning, with running back LeSean McCoy modeling the look.

Ahead of the Chiefs' first prime-time game of the season, the team is also asking fans to "light up" Arrowhead by taking part in a "smartphone light show." To participate, fans need to download the Chiefs app on their smartphones and allow the app to access the microphone.