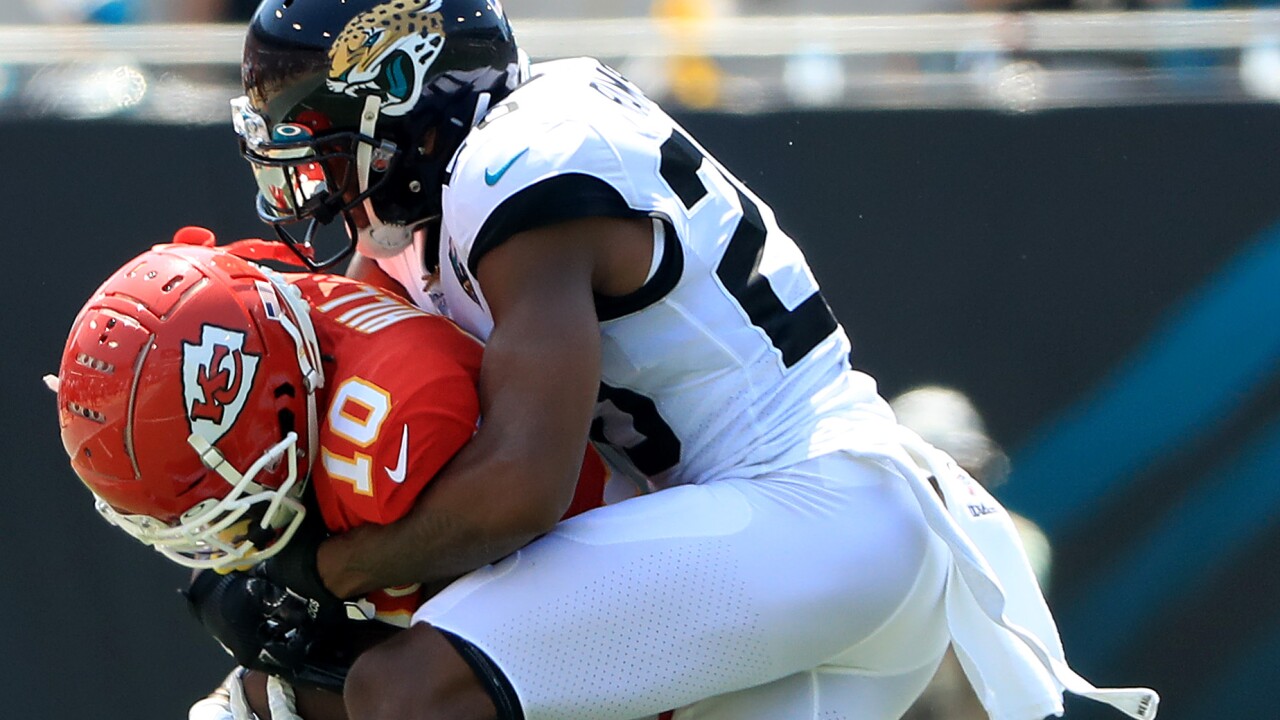 According to the team’s official injury report, which was released Friday afternoon, Hill will not play for the fourth consecutive game.

He suffered a sternoclavicular injury during the season opener at Jacksonville and was hospitalized overnight for precautionary reasons.

Hill returned to practice Wednesday and was a limited participant on Thursday and Friday, but he won’t suit up for the Chiefs’ 2019 debut on NBC’s Sunday Night Football.

Left tackle Eric Fisher (groin) will miss his third consecutive game, while linebacker Dorian O’Daniel (hamstring) also has been ruled out for the 7:20 p.m. kickoff.

The game will air on 41 Action News. We also will have a special hour-long pregame show, which begins at 5 p.m. on Sunday.

Three more starters for the Chiefs (4-0), who are one of three remaining unbeaten teams in the NFL along with New England and San Francisco, are listed as questionable for the game — defensive end Alex Okafor (hip), wide receiver Sammy Watkins (shoulder) and running back Damien Williams (knee).

The Colts also are dealing with a rash of injuries.